Poland readies for possible refugee influx from Ukraine | Europe | News and current affairs from around the continent | DW | 20.02.2022

All-out war in Ukraine could cause a mass exodus of refugees to Poland. Polish authorities are preparing for all eventualities. 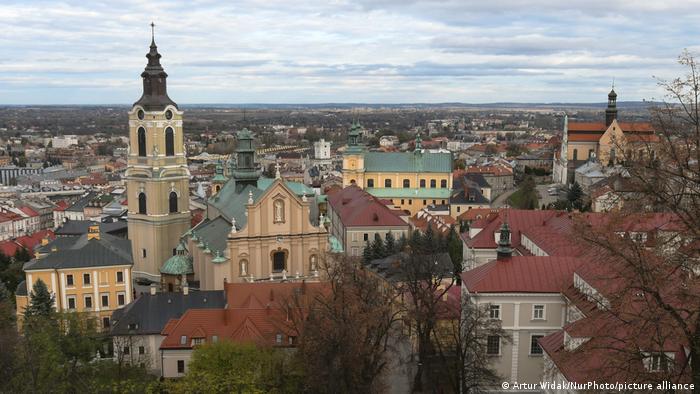 The town of Przemysl in southeastern Poland

The Polish town of Przemysl is located in the country's far southeast, a mere 10 kilometers (6.2 miles) from the Ukrainian border. Picturesque, recently refurbished houses surround the market square. The charming town of 60,000 once belonged to the Austro-Hungarian Empire. On this sunny February day, several locals are making the most of the mild temperatures at a local roadside cafe.

Taking in this idyllic scene, it is easy to forget that only a few kilometers away, across the border, Ukraine is looking at the very real prospect of a Russian invasion. Chatting to residents of Przemysl, however, it quickly becomes clear that many here are also concerned by the danger of war.

If tensions escalate, leading to open war between Ukraine and Russia, refugees may head for nearby Poland. Przemysl, situated right by the frontier, could see a major influx of Ukrainians fleeing the fighting. Mayor Wojciech Bakun, meanwhile, says he does not expect "growing unrest" and doubts Ukraine and Russia will become embroiled in all-out war. "I hope nothing bad will happen; I think Russia is more interested in striking fear in others than actually attacking," Bakun told DW. 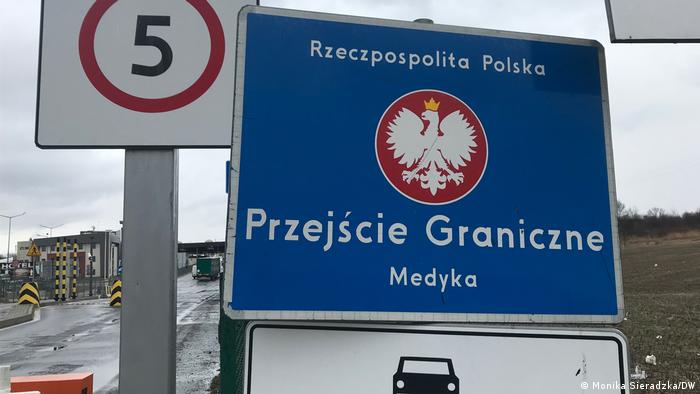 A Ukrainian border crossing near Przemysl

The Polish government has requested that all Polish mayors pinpoint building suitable as possible refugee shelters. The state covers the costs of accommodating refugees, says Bakun. But so far, he adds, no state funds have been provided to refurbish the buildings in question.

Some Poles have criticized that no visible efforts are underway to prepare for the possible arrival of refugees. Authorities, meanwhile, say they are anything but idle. "We have been quietly working away, but have not made any announcements to this effect, because we don't want to stir up emotions," says Deputy Interior Minister Maciej Wasik.

Prime Minister Mateusz Morawiecki wants to set up a working group to ensure refugees have access to basic infrastructure, means of transport, education, and medical help. Speaking at a press conference earlier this week, he said "a war could set off a Ukrainian exodus, so we should prepare for the worst." Poland's Ministry of Family and Social Policy has promised Ukrainian refugees will receive child support and psychological assistance. Indeed, authorities show a great willingness to help. "Poland will of course take in as many refugees as possible, but we will be unable to take everyone," Andrzej Dera, who is Secretary of State at the Chancellery of President Andrzej Duda, told a Polish state broadcaster. Dera said Poland could be receiving millions of refugees. 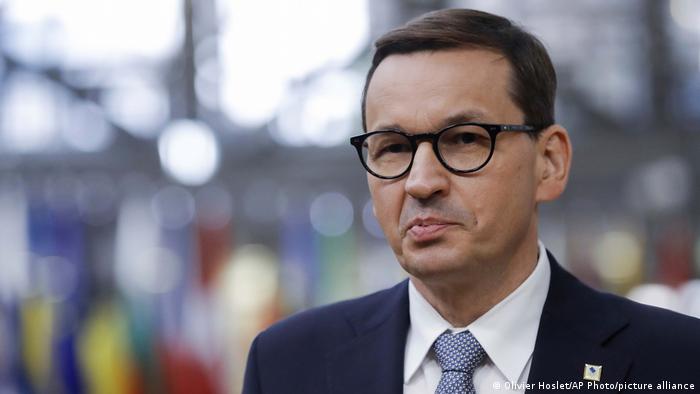 Some of the new arrivals may move to Poland on a permanent basis. Already today, more than one million Ukrainians live in the country. They arrived after Russia annexed the Crimean Peninsula in 2014 and when the Donbas conflict broke out. Some work in construction, others as taxi drivers or sales staff. They are sought-after, as Poland faces labor shortages. Luckily, the Ukrainian and Polish languages are related, which makes it easier for the new arrivals to fit in.

Piotr Pipka heads a school in Przemysl that teaches in Ukrainian; there are four more such institutions in Poland. He is willing to take in refugee children, even though this requires a considerable amount of paperwork, as authorities tend to send migrant children to Polish-language schools instead. "Out teachers can speak both languages, that makes it easier to communicate with the refugee children," says Pipka. He says being able to speak Ukrainian may make them feel more at home. Pipka says many Ukrainians living in Poland are taking in fellow compatriots. 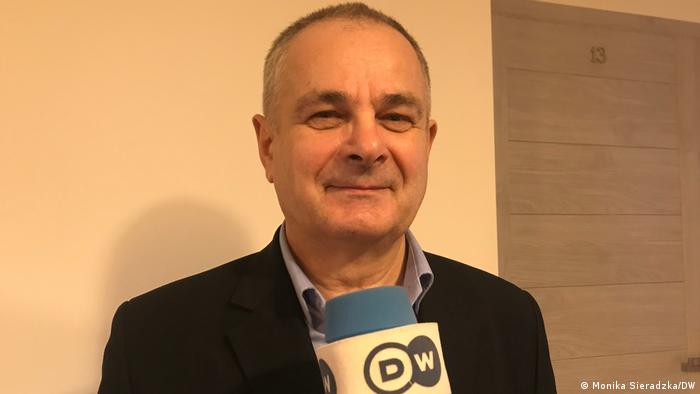 Danjilya, a nun who teaches religion at the school, has arranged for the local monastery to take in the Gavrilyakas, a Kyiv family. Iryna Gavrilyaka, who has arrived with her two daughters, aged nine and five, respectively, plans a swift return to Ukraine. She does not like being called a refugee, instead referring to her stay in Poland as a little "holiday." The family hopes to stay for just a week, though the large size of their suitcases suggests otherwise.

Iryna Gavrilyaka decided to move to Poland when her daughter's school began running evacuation drills. The idea that her daughters may actually be forced to flee from war upset her so much she decided to take her daughters and leave. "The school sent me a message, saying they had prepared the cellar for an emergency; and stocked enough water, food, toys and blankets for children to shelter for five days," Gavrilyaka told DW. "That shows you the seriousness of the situation." To her, moving to Poland is like getting health or car insurance. You set it up, hoping you will never need it. "Coming to Poland is like insuring my children." 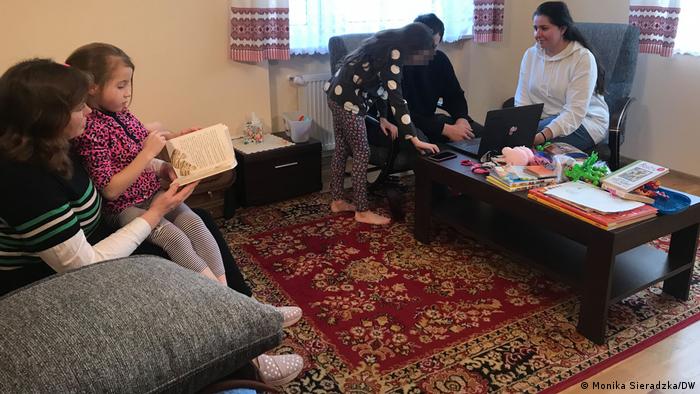 Many Poles in and around Przemysl are showing an openness to grant refuge to their neighbors, should the worst-case scenario become reality. In the past, however, relations between Poles and Ukrainians have not always been so amicable. Between 1943 and 1944, Ukrainian nationalists killed between 50,000 to 100,000 Poles in the Volhynia massacre. Polish Communist leaders in 1947 retaliated by forcibly relocating some 150,000 ethnic Ukrainians in Poland.

So while many Poles sympathize with their neighbors, others are still bitter about the past.

"I will not help any Ukrainians who flee to Poland," a 70-year-old Przemysl woman told DW. She says her mother was raped during the Volhynia massacre. Another man told DW he did not like Ukrainians, as they have caused Poles so much suffering. Even so, he added, as a Christian, he would extend help if needed.

Others are more open. A 35-year-old woman, who works at the border crossing where she hears about the latest developments in Ukraine daily, told DW: "These are people like us, of course I will help if I can.”