Police suspect someone deliberately poured detergent in a sauce and disinfectant in a soup before they were supposed to be fed to the kids. Day care employees were able to sniff out the poisoned food in the nick of time. 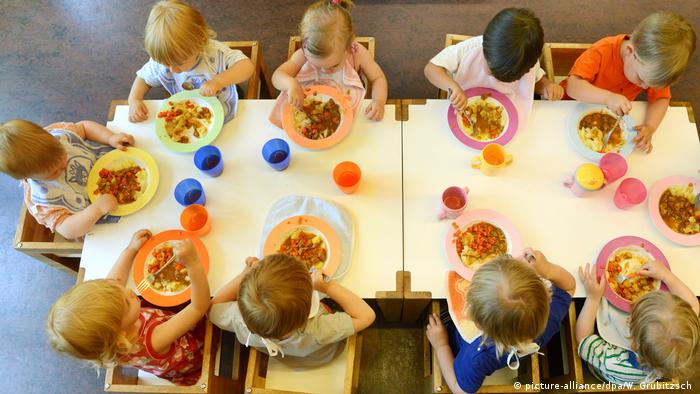 German police have launched an investigation after poisoned food was uncovered at a day care in the western city of Leverkusen in recent weeks, authorities said at a press conference on Thursday.

Although employees initially suspected something went wrong at the caterer — lab tests later revealed that the cleaning agents used to poison the food could have come from the kindergarten.

24-hour Kindergarten: the future of childcare?

24-hour Kindergarten: the future of childcare?

Both police and day care employees emphasized that the children never came in contact with the food, and that they are still investigating how the food was poisoned.

Hans Höroldt, who heads the local protestant day care and kindergarten association, said that the distribution of the food at the day care is now strictly controlled.

"There are no concrete grounds for suspicion against individual people," Höroldt said at Thursday's press conference. "Something like this has never happened in our history before."

Nadja Georgia, one of the heads of the protestant day care, said that they were "outraged" and "shocked" over the case.

Poison may have come from day care: Police suspect the food was intentionally poisoned, and possibly by someone working at the day care. The lab results showed that the contaminated soup contained a cleaning agent used in the day care, Rheinische Post and WDR reported.

A parent called the police after two toddlers got into a fight over a tricycle. Hamburg police cleared up the dispute without making an arrest and told parents to encourage children to resolve conflicts themselves. (06.12.2018)

A sociopolitical landmark for Berlin's parents: Starting in August all municipal day care centers in the German capital will be free. Several other states are also looking to phase out the costs for working parents. (30.07.2018)

How much parents in Germany pay for day care varies wildly depending on where they live, a study has found. Though low-income families are impacted the most, researchers are skeptical of plans to scrap fees altogether. (28.05.2018)