How much parents in Germany pay for day care varies wildly depending on where they live, a study has found. Though low-income families are impacted the most, researchers are skeptical of plans to scrap fees altogether. 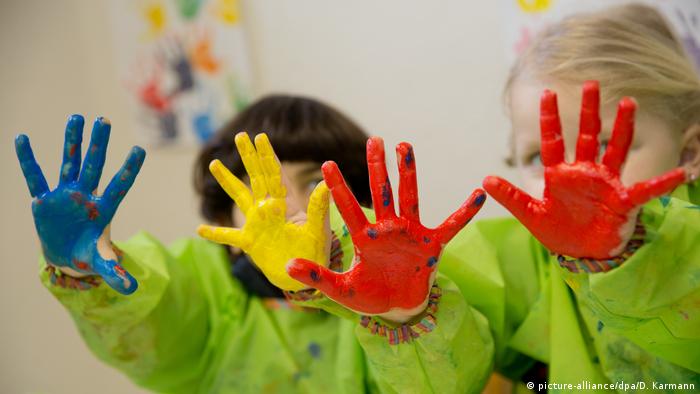 The financial burden of day care fees is unfairly distributed across Germany, with low-income families bearing the brunt, according to a study published on Monday by the Bertelsmann Foundation.

Although German Chancellor Angela Merkel's government has said they want to get rid of the fees, researchers are unconvinced that will help fix the system's issues, and indeed make things worse.

Germany's family minister said the study's results have strengthened the government's resolve to go through with plans to gradually do away with day care fees.

"The parent's income must not decide when and if children attend a day care center. A central pillar of our 'Good Day care Act' is therefore introducing fee exemptions," Franziska Giffey said in a statement. She also noted that Berlin has allocated €3.5 billion for day cares over the next three years.

The study's researchers, however, are skeptical of the government's plans, saying the money won't be enough.

Jörg Dräger, a member of the Bertelsmann Foundation board, noted that €15.3 billion per year is needed to improve the quality of day cares around the country. If day care fees are done away with, it is likely the quality and number of personnel will suffer, the researchers concluded.

"The political promise of fee exemptions is lacking financial substance," Dräger said in a statement.

Combining kids & career - A challenge for fathers too

Who is guaranteed a day care spot? In 2013, a law went into effect guaranteeing a spot in day care to children between the ages of one and three. Since then, Germany's states, cities and local municipalities have struggled at times to expand the offer of day care offerings. Kindergartens are not mandatory and are also therefore not free. School is compulsory only for children starting at age six.

The struggle for childcare in Germany: A lack of day care centers in urban areas and trained personnel to run them has sparked protests and strikes over the past few years in Germany. Cities like Berlin, Leipzig and Cologne are especially hard hit by a lack of day care spaces.

Germany's constitutional court has ruled that the subsidy paid to parents who opt not to use a state child care facility is unlawful. The subsidy caused heated debate when it was introduced nationwide two years ago. (21.07.2015)