A German mechanic made his colleagues sick by poisoning their snacks and drinks for no apparent reason. A court in the northwestern city of Bielefeld convicted him of attempted murder and sentenced him to life in prison. 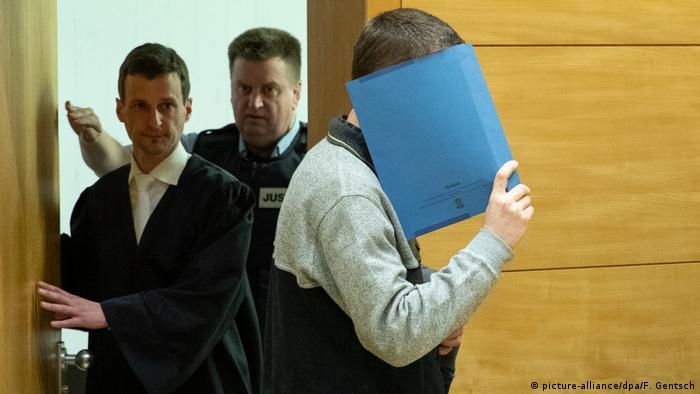 The district court in Bielefeld found 57-year-old Klaus O. guilty of attempted murder on Thursday after spent years poisoning his colleagues by mixing heavy metals into their lunchtime sandwiches and drinks at work.

The court also found him guilty on multiple counts of bodily injury and sentenced the man to life in prison. The decision was surprising, as such long-term jail sentences for attempted murder are relatively rare in Germany.

"I've only experienced such a sentence once in my career," said Ronald Weber, a lawyer for one of the victims, said ahead of the decision. Because Klaus O. is considered mentally healthy, he is fully culpable for the crimes.

Klaus was also sentenced to preventative detention following his life sentence since judges believe there is a high risk he could offend again.

One of Klaus O.'s colleagues at a metal fittings company first became suspicious after discovering a conspicuous white powder in his sandwiches. At his request, management installed a video surveillance system and caught the defendant red-handed shortly thereafter. Assuming nobody was watching him, Klaus O. took sandwiches out of his colleagues' bags and sprinkled them with powder before putting them back in.

That was spring 2018. None of his colleagues at the time thought he was trying to murder them; most thought it was a bad joke. But police investigators later discovered that the defendant had chemicals such as lead acetate, cadmium, lead and mercury at a makeshift laboratory in his home. They also found traces on his computer that indicated he had been in contact with the chemicals.

Before the trial began in November 2018, a lawyer of one of the victims said: "There was a relationship of trust between colleagues like in any other company; nobody expected anything like this. Klaus O., a trained toolmaker, was considered technically experienced and helped his colleagues. Otherwise, he generally avoided them. There were no conversations about private matters over a cup of coffee, but there weren't many quarrels either."

The victims wanted to know why he did it. They wanted to hear from him why, after years of ingesting poison, they became increasingly ill with kidney disease. One colleague couldn't take part in the case. His parents told the court how their previously cheerful son first complained of slight numbness and weakness and then mysteriously became increasingly ill. Today, he is in a vegetative state with severe brain damage and requires constant care. There's no prospect of his condition improving.

Clues about the motive could come from five conversations Klaus O. had with a psychologist in a correctional facility. In a court testimony, the psychologist said the defendant wanted to experiment with toxins like a scientist and observe how they affected his colleagues. Klaus "seemed to me like a scientist who was testing substances on a guinea pig," he said.

But apart from these insights, every other explanation for why Klaus did it remains speculation. The defendant himself remained almost silent in court.

Klaus spoke for the first time at the end of the trial — the only thing he said since it began in November: "I fully endorse the remarks of my defense attorneys."

A man who put poisoned baby food on supermarket shelves in a bid to extort millions has received a stiff jail sentence. He was found guilty on five counts of attempted murder along with attempted extortion. (22.10.2018)