A man who put poisoned baby food on supermarket shelves in a bid to extort millions has received a stiff jail sentence. He was found guilty on five counts of attempted murder along with attempted extortion. 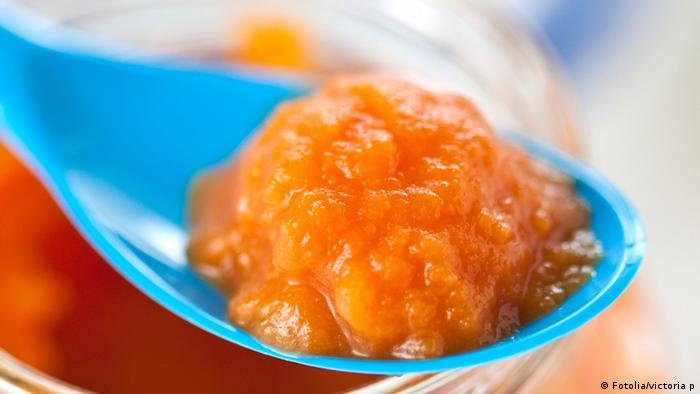 A district court in the southern German town of Ravensburg on Monday sentenced a 54-year-old man who placed poisoned baby food in supermarkets to 12 and a half years in prison on charges of attempted murder and attempted extortion under threat of force.

The man had admitted to placing five jars of tainted baby food on supermarket shelves in the city of Friedrichshafen, on Lake Constance, in an attempt to force the companies involved to pay him €11.75 million ($13.5 million) to identify them so that they would not be solved.

The dose of the toxin contained in each jar would have been enough to have killed a child, according to the chief prosecutor, Peter Vobiller. This was enough to fully justify finding the accused guilty on five counts of attempted murder, he said.

Vobiller, who had called for a 13-year jail sentence, said the fact that no child had been poisoned was thanks not only to intensive police work, but also to "a goodly portion of luck, to be honest."

The toxin used was ethylene glycol, which is often found in antifreeze mixtures.

The defendant, who claimed to have been diagnosed with a borderline personality disorder and to have consumed large amounts of alcohol and painkillers at the time of the crime, was adjudged to be responsible for his actions by a psychiatrist.

The defense lawyer conceded the charge of extortion, but rejected the guilty verdict for attempted murder.

The defendant has a week to appeal against the verdict. His lawyer has so far declined to indicate in public whether an appeal will be made.

Someone demanding several million euros left poisoned baby food on supermarket shelves in Germany. Police have arrested a suspect they believe is behind the attempted extortion. (30.09.2017)