Police near Friedrichshafen in Germany's south are looking for one or more people who have threatened to poison food across the country. The suspect(s) have demanded millions of euros from retailers. 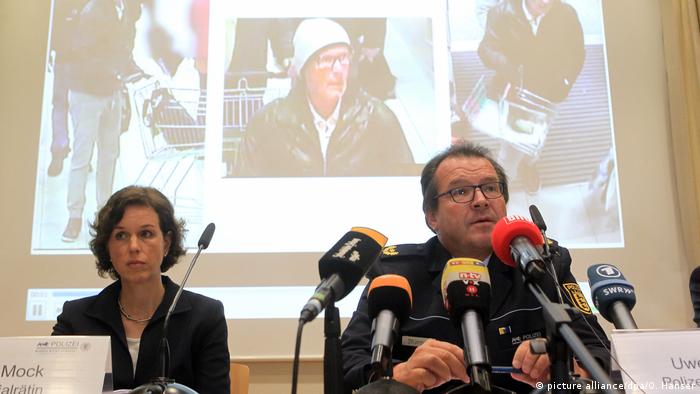 The blackmailers wrote in an e-mail that if supermarkets and chemists across the country did not pay at least €10 million ($11.8 million) up to 20 different kinds of food would be poisoned.

The e-mail was sent to pharmacists and supermarket chains as well as police. Police have not named any specific retailers but said the blackmailer had not ruled out targeting shops in neighboring countries.

Police in Constance announced that they had found five contaminated jars of baby food in the southern city of Friedrichshafen at Lake Constance. The blackmailer stressed that he would poison 20 different kinds of food, so police have asked people to be vigilant.

Police believe they have found all the poisoned jars, but they are taking the case "very seriously," police Vice President Uwe Stürmer said at a news conference on Thursday. He said the suspect was likely "extremely ruthless."

Police have released a photograph of the man they believe to have contaminated the jars in Friedrichshafen. Stürmer said the man, who looks to be in his fifties, was "very likely" the man they were looking for.

The jars were laced with ethylene glycol, a syrupy liquid that can be lethal in high doses, but can be treated in most cases. It is most commonly known as one of the main ingredients in anti-freeze products.

A hundred milliliters of the substance would be critical for adults, according to the regional consumer association. The substance causes dizziness and can eventually damage various organs.