German authorities launched a probe into a string of deaths after an employee was caught trying to poison a co-worker's lunch. Police found mercury, lead and cadmium in the man's home. 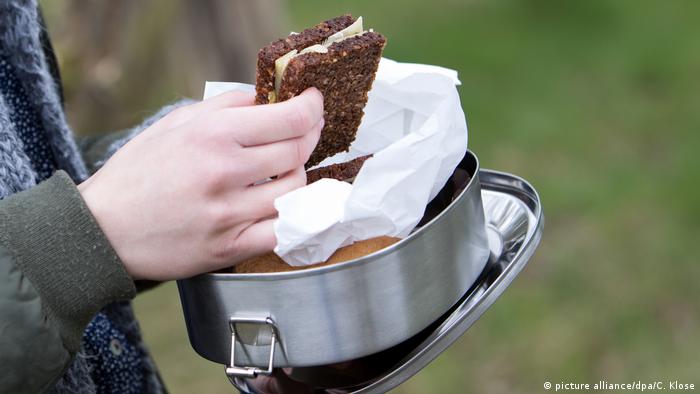 German authorities launched a probe into a string of deaths at a metal fittings company after an employee was caught trying to poison a co-worker's lunch. Police found quicksilver, lead and cadmium in the man's home.

The man was arrested for the incident in the town of Schloß Holte-Stukenbrock, northwest Germany. However, police now suspect he may be responsible for up to 21 deaths of people working for the same company.

The police detained the 56-year-old suspect in May this year, after one of his co-workers noticed an unknown white powder on his food. The would-be victim alerted his superiors and asked them to review the recordings made by security cameras, which then showed the suspect adding the substance to the co-worker's lunch.

"In the beginning we thought it was a misconceived prank between co-workers, and not a murder attempt," said Tilo Blechinger, the manager for the metal fittings manufacturer ARI Armaturen, to the DPA news agency.

The case escalated to an attempted murder after authorities identified the powder as lead acetate, a highly toxic and nearly tasteless substance that could cause serious organ damage.

Police subsequently searched the home of the 56-year-old suspect and found substances used to make poison, including mercury, lead and cadmium.

On Wednesday, authorities announced they would be expanding their investigation to include the deaths of 21 more employees who have died since 2000. Two other employees are in a coma and another man is on dialysis. Many of the deceased died of cancer or heart attacks, which could be caused by heavy metal poisoning, according to the Germany's public broadcaster WDR.

The police formed a 15-member homicide squad to investigate the deaths and interview relatives of the victims and the doctors who treated them. The officials are also considering exhuming the bodies to determine the presence of metal.

The suspect has been working for ARI Armaturen for 38 years, manager Blechinger said, describing the man as "conspicuously inconspicuous."

The suspect has chosen to remain silent after his arrest.

The mind of a serial killer

Is the German man suspected of poisoning up to 21 co-workers a serial killer? And what could have prompted him to murder his colleagues? Police expanded their investigation after the 56-year-old was caught. (02.07.2018)

Federal prosecutors have found more than 3,000 castor bean seeds in the suspect's Cologne apartment — many more than initially suspected. They say the Tunisian was planning to make a biological weapon using ricin. (20.06.2018)