Picking up the pieces of the new world (dis)order

Wolfgang Ischinger, chairman of the Munich Security Conference, said that the world has fallen into a "great strategic puzzle." It is unclear who could pick up the pieces and reassemble them, says DW's Christian Trippe. 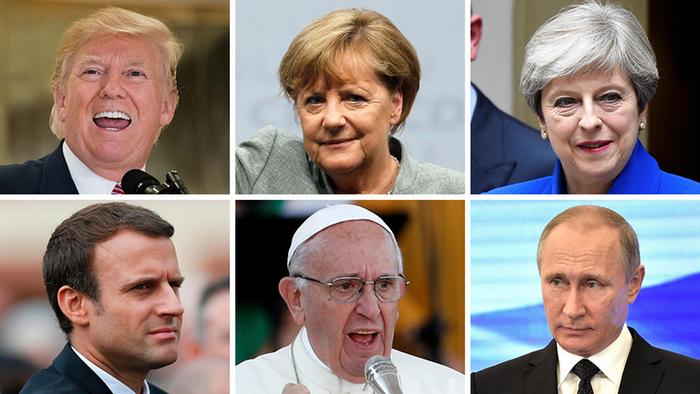 Maybe we’re living in an age of perplexity. Everything had started so well. The fall of the Berlin Wall ended the Cold War. The collapse of the communist world of states in 1989/90 marked a turning point of epochal significance. But what has happened since then can hardly be analytically explained. The words are literally missing to describe the new world (dis)order. Too much has started to shift, including certainties, alliances and power structures.

With the fall of the Iron Curtain, the constitutional, democratic state model seemed to have triumphed. The West assumed the role of asserting itself wherever anti-liberal systems had previously suppressed their citizens. To visualize this through the lens of cybernetics: The power that had slipped from the old rulers' hands was now in need of new holders. Power seemed to always attach itself to the victors of history but history itself was a thing of the past. The American political scientist Francis Fukuyama postulated, both smugly and prematurely, the "end of history." However, this thesis failed. In retrospect, the violent crackdown on the pro-democracy movement in China was a signal that the world was not developing as described by the Western handbooks on the craft of political statehood. China, which so brutally ended the triumphal advance of democracy, has shown the world that economic success, prosperity and development do not necessarily go hand in hand with the existence of political freedoms. Today China is the world leader in many technologies of the future.

Read more: Sieren's China: Time for the EU to change its global mindset

As it builds up economic power and accumulates gigantic currency reserves, China is also steadily gaining more and more political might. Beijing is increasingly using this power to challenge the United States. These two great powers are engaged in a veritable power struggle over the geopolitical supremacy of the Pacific. It is a rivalry that will necessitate a significant shift in the world's existing power structures.

Russia can be added as the third player in this league of new, old rivals. "Russia is proving that declining powers can be at least as disruptive as rising ones, punching above its weight as it exploits divisions within the West," said former U.S. diplomat William S. Burns. The people of Ukraine and Georgia likely share this view.

Power in foreign policy can shape and create new things but it can also be used for the sole purpose of self-preservation. As military-backed power re-aligns, it can easily become destructive. This reality does not improve if the "big three" – U.S., ­China, Russia – are joined by a number of moderately large, politically over-motivated states like India, Pakistan, Turkey, Saudi Arabia and Iran, among others. It is not just the new, ambitious players who like to orient themselves and their foreign policy to 19th-century figures of thought, to zero-sum games and geopolitics, to zones of influence and to the choreography of power play.

In Europe especially, many are living through this return of traditional concepts like a journey through time full of discordant notes. This can be seen in the rise of right-wing and left-wing populist leaders coming to power in more and more countries. The triumphs of the Orbans and the Erdogans, the Dutertes and the Bolsonaros are a betrayal of the ideas and ideals of 1989/90 that distinguished the Western liberal order. 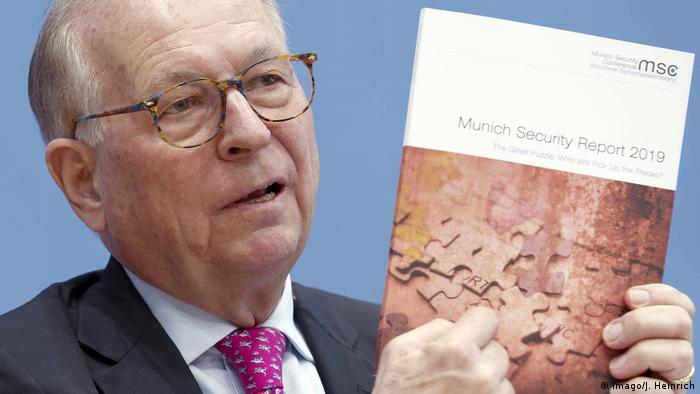 Wolfgang Ischinger, chairman of the Munich Security Conference, said that the world has fallen into a "great strategic puzzle." It is currently unclear who could pick up the pieces and reassemble them. Under its current president, the United States, the longstanding leader of the West, is obviously unavailable. Donald Trump has turned his back on Europe, questioned NATO and denounced allies while simultaneously courting dictators and authoritarian populists. This is another consequential shift in the global power structure, one that has been especially painful for Europeans.

Despite its ambitions to politically integrate the old continent, both economically and socially, the EU currently isn't in great shape. Brexit has weakened it, populists in the East are working to hollow it out and Putin's Russia remains a threat. In reality, the 20th century as an age of wars and ideological rivalries only lasted from 1914 to 1989. Historians call this period a "short century." For the quarter century that has passed since then, no one has yet found a suitable label. Through all this perplexity, it remains clear that this is an era of dramatic redistribution of global power.

Could France take the lead in Europe's nuclear security?

We are in the midst of a new nuclear arms race — that much is clear from this year's Munich Security Conference. There is also growing doubt over whether the US can guarantee Europe's security. Who will fill the gap? (16.02.2019)

Every year, powerful global leaders gather in Munich to discuss peace and diplomacy. But the conference is not just a show of power, it is a diplomatic laboratory of possibilities that takes place behind closed doors. (15.02.2019)