Petrochemicals, used in plastics, fertilizers and clothing, will account for more than one-third of the growth in world oil demand by 2030, according to a report. By 2050, they will be the biggest driver of oil demand. 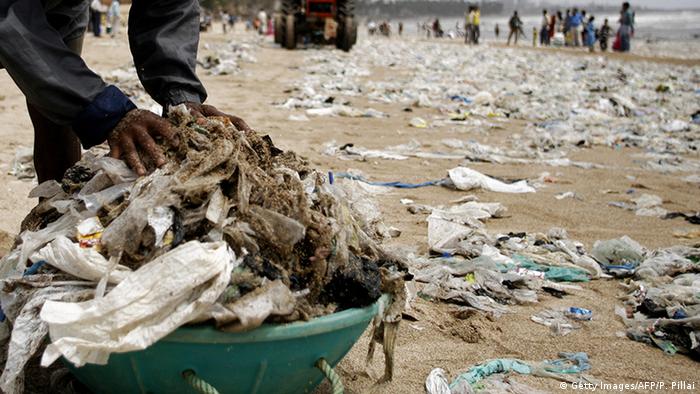 Plastics and other petrochemical products will be a major driver of global oil demand in coming decades, the International Energy Agency (IEA) said in a report.

Petrochemicals will account for more than one-third of the growth in world oil demand by 2030, and nearly half of growth by 2050, the IEA said. More natural gas will also be used.

Petrochemicals would therefore become the largest driver of global oil demand — ahead of cars, planes and trucks.

IEA head Fatih Birol said: "Petrochemicals are one of the key blind spots in the global energy debate, especially given the influence they will exert on future energy trends."

Demand for plastics has increased ten-fold since the early 1970s, and doubled since 2000.

Nearly 27 percent of current global oil demand goes to vehicles, although that figure is expected to fall to 22 percent by 2050 due to a combination of improved vehicle efficiency, electrification, public transport use and alternative fuels.

The IEA projections suggest that global efforts to combat climate change and preserve the health of the world's oceans are doomed unless drastic action on the use and reuse of petrochemical-derived products is addressed.

"The combination of a growing global economy, rising population, and technological development will translate into an increasing demand for petrochemical products," IEA projected.

Advanced economies use up to 20 times more plastic than developing economies on a per capita basis.

While advanced economies slowly move to reduce and reuse plastics, much of that impact will be offset by plastic use in emerging economies such as India.

"While substantial increases in recycling and efforts to curb single-use plastics are underway, especially in Europe, Japan and Korea, the impact these efforts can have on demand for petrochemicals is far outweighed by sharply increasing plastic consumption in emerging economies," IEA said.