Paris wants to give €500 subsidies for e-bikes

The Île-de-France transport authority plans to offer citizens €500 to buy an e-bike in 2020. A growing number of local and national governments are following this model to make green transportation a cheaper option. 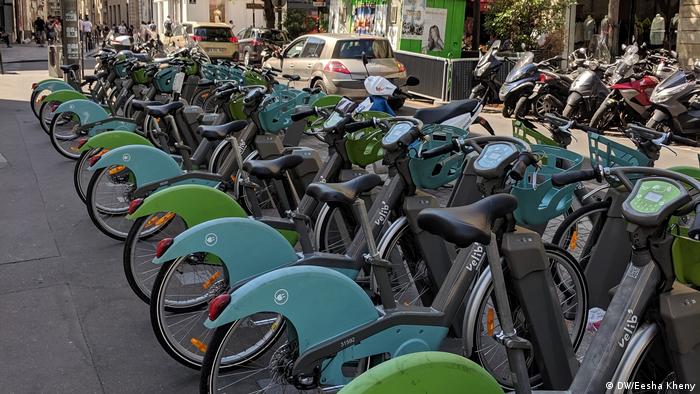 Starting from February 2020, the 10 million residents of Paris and its surroundings may have access to up to €500 in financial aid to put towards the purchase of an electric bicycle. Valerie Pecresse, president of the regional transport agency Île-de-France Mobilités, told Le Parisien in an exclusive interview that she has submitted a proposal to provide a subsidy for half the cost of an e-bike — capped at €500 — to all residents of Île-de-France, the region surrounding Paris, "regardless of their economic situation."

"I want all residents to have the same right to electric mobility and a cleaner type of transportation, particularly in small- and medium-sized areas with lots of hills,” said Pécresse.

The offer would start in February and is timed to begin as the regions "Veligo" e-bike test program wraps up. Starting from September, the Veligo program allows residents to rent e-bikes long-term — for up to 6 months — at a rate of €40 a month, half of which can be covered by one's employer. Paris already runs a similar program, called Velib, on the municipal level.

The program will release 10,000 e-bikes into the greater Paris area, with plans to double the number. This would make it the world's largest e-bike rental program.

"The €500 subsidy should be a motivator to buy,” said Pecresse. The agency hopes to triple the use of bikes in the area by 2021. Bicycle commuting currently accounts for less than 2% of daily trip in the Île-de-France area.

E-bike subsidy programs are taking off around the globe as cities attempt to reduce traffic and pollution and help their citizens stay fit. Sweden, Norway, Scotland and Portugal are among the countries investing in e-bike infrastructure and providing loans and interest-free subsidies to citizens that want to make a purchase.