Some 20,000 electric scooters are currently causing a bit of a stir in the French capital. Not everyone believes the scooter rentals are a good thing, and municipal authorities are hoping to curb the business. 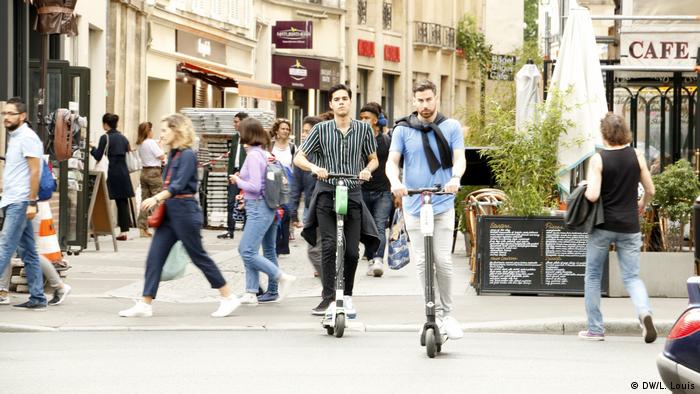 For Hugo Roels, it all started on a late afternoon in April. He'd just left work in the southern part of Paris when a US tourist ran over his foot with a trottinette, an electric scooter.

The offending tourist didn't stop, he just briefly turned his head, said sorry, and on he surged. That was the very moment when Roels decided to wage a war against scooters. His feelings are echoed by many other Parisians, who are concerned the scooters might be there to stay.

"Back then, I thought to myself that although nothing really bad had happened to me, scooters can be a real danger for pregnant women or disabled people," Roels told DW. "I just can't accept this."

There have been many reports in the French media about injured pedestrians, and also injured scooter drivers. There are no official statistics, though. Just recently, a scooter user died after being hit by a truck. In April of this year, an 81-year-old pedestrian died after being run over by a scooter.

It's fairly easy to get in the scooters' way in Paris. Within just a year, their number has swelled to 20,000, with a dozen different rental firms in operation. There could be twice as many scooters by the end of the year, some forecasts predict.

Paris sidewalks are often huge obstacles as they tend to be full of parked or tipped-over scooters. You can rent these scooters via smartphone apps for roughly €5 ($5.60) per half hour. 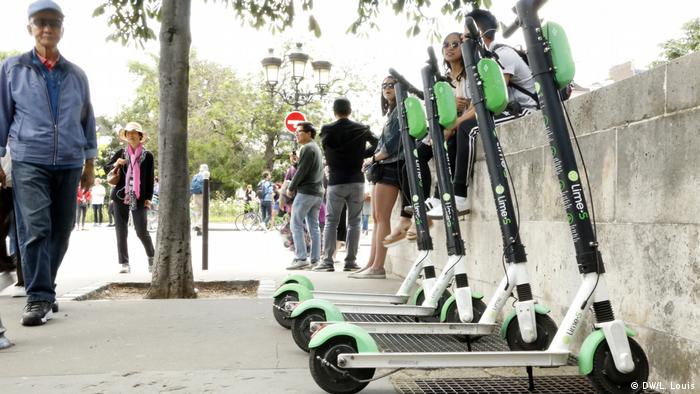 Roels has launched an online petition, calling for the "invasion of the trottinettes in Paris to be stopped." More than 1,400 people have already signed it.

"The scooters are not just dangerous," he says. "According to a study by the Boston Consulting Group, they only last for three months until they break and are hence not really environmentally friendly — they've been causing chaos in the city."

Municipal authorities are aware of the problem. But Deputy Mayor Christophe Najdovski says their hands are tied to a certain extent. "We were informed about the scooters' arrival in Paris, but the companies behind them didn't have to ask us for permission as there are no regulations for the use of these scooters yet," he told DW.

He added that legal stipulations would only come in a few months, coupled with a new mobility law.

Nonetheless, authorities in Paris are trying to get on top of the chaos by fining those not sticking to general traffic rules. They charge €135 for riding on sidewalks and €35 for parking a scooter where it shouldn't be parked, that is, where it's a hindrance for others.

As of July 1, parking scooters on sidewalks will be categorically prohibited, with parking only allowed on parking lots for bicycles or motorcycles. A charter of behavior rules based on the principle of voluntary adherence asks operators to always keep their scooters in good condition and calls on users to stick to the rules.

Complaints about everything new

US company Lime, which was the first to get scooters onto the streets of Paris, has already signed that charter. It has also launched an ad campaign encouraging users to ride in a responsible way and offers weekly training courses to this effect.

"I admit the situation is currently a bit chaotic, with so many scooters being added in Paris," said Arthur-Louis Jacquier, managing director of the French branch of Lime. "Nonetheless, there's a clear interest in that means of transport — it's great fun, pleasant and playful." 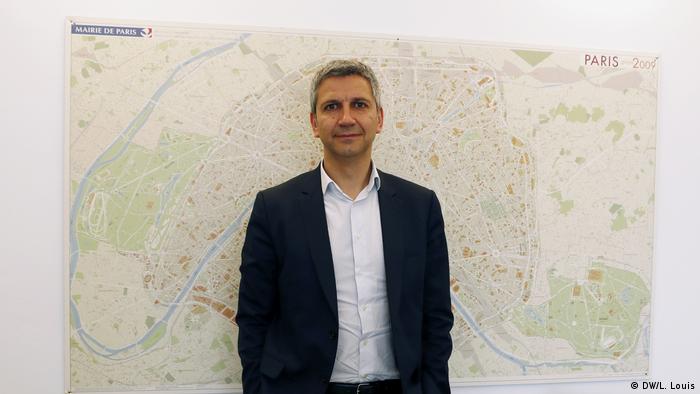 Carla Pinto agrees. The 23-year-old student has been using nothing else but a scooter to get around for a week now. "That's a lot more relaxing than taking a Paris Metro train, especially if the weather is nice," she said.

"You shouldn't be surprised to see people complaining about scooters, people in France always do that whenever they're confronted with something new." Pinto is riding on the sidewalk at a low speed so as not to harm any pedestrians.

Fellow rider Simon Gasmie, who's 18, is moving three times faster on the street. He says he's not afraid of an accident, adding that pedestrians should not complain too much. "Very often, it's them who cross the street without looking left or right."

Najdovski hopes scooter users and pedestrians will soon be getting along better. When the new mobility law comes into effect, authorities plan to start a bidding contest to limit the number of rentals and with it the number of scooters in the city.

But it won't go as far as to prohibit their use in general. "Scooters have made inroads here as a means of getting from A to B, and we have to accommodate that," he said. "After all, using scooters as an alternative to public means of transport can be a good thing."

Roels for his part doesn't want to support Najdovski's reasoning. "I simply don't think scooters for rent are a good idea as you can't really control them." Instead, he wants to beef up the Velib rent-a-bike service, which has sunk into organizational and technical problems ever since its operator changed a while ago.

"Why not let the city itself take over the bicycle service and get it off the ground again?" Authorities, he adds, would then spare themselves the trouble of having to look for more parking lots for scooters.