Some 445 people died in bicycle accidents in 2018 in Germany, a 15 percent rise from 2017. An increasing number of those deaths involved e-bikes which are popular among seniors. 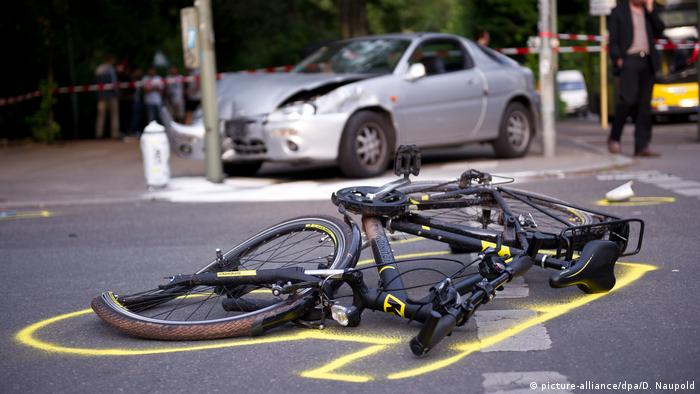 A total of 445 people were killed over the course of the year. Some 89 of those victims were riding electronic bicycles, or e-bikes, that have become increasingly popular in the country, especially among senior citizens. The death toll of 89 was a 27 percent increase over 2017.

Though large numbers of younger e-bike riders were involved in accidents, their fatality rates were far lower than for riders over 65.

Nearly one-in-four of new bicycles sold in Germany last year were e-bikes, reaching nearly 1 million units sold. E-bikes in Germany are allowed to have a top speed of 25 kmh (16 mph).

More trouble on the horizon

The problems that bicyclists face on the streets and on bike paths will also be greatly aggravated when e-scooters, which have a top speed of 20 kmh, become street legal early this summer.

Siegfried Brockmann of UDV, which researches accidents for the country's insurers, pointed to Germany's lack of infrastructure foresight as a major part of the problem: "You would expect infrastructure would get ahead of the new developments, and not merely follow them, but we are far from that."

Experts say the numbers of bicyclists killed on Germany's streets will likely increase in 2019 as more and more people travel by bike.

Brockmann agrees, saying, "There are more and more cyclists, more e-bikes and soon there will be scooters," so "unless we have a terrible summer and nobody gets on their bicycle" the problem is likely to get worse.

Last year's exceptionally warm weather contributed to the death toll as more people hopped on their bikes. Deaths in the winter months were far lower than those in the summer.

There are eco-friendly alternatives to getting from A to B, like e-vehicles. Which would you like to take for a spin?

With millions of Germans staying in their homes for months at a time, the country's roads became much safer. Cyclists, in particular, were able to enjoy the quieter streets.