The Pakistani PM has said that the US "martyred" bin Laden after its 2011 raid. Khan was critical of his predecessors' relationship with Washington and rued Islamabad's decision to partner the US in the war on terror. 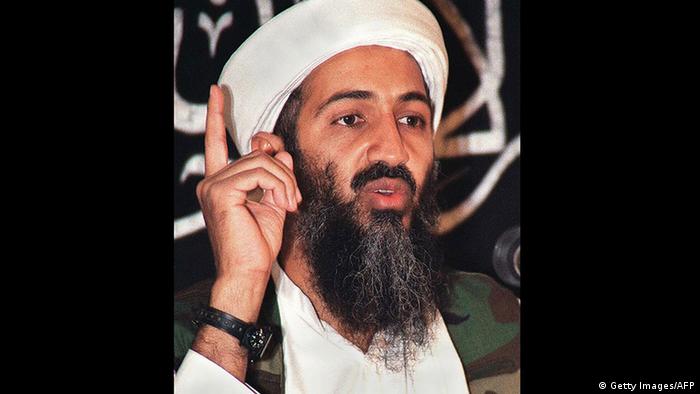 The US did not make the Pakistani government aware of its plans to take out the mastermind of the 9/11 terror attacks and Khan delivered a thinly veiled criticism of Washington during a speech in parliament, while also denouncing his predecessors' foreign policies.

Read more: Opinion: 'As an Afghan refugee in Iran, I grew up with fear and humiliation'

Khan said he regretted Pakistan's partnership with the US in the war on terror and accused the White House of using abusive language against Islamabad in the past.

The former cricketer turned politician also expressed his ire at Washington's covert operation on May 2, 2011, carried out the US Navy SEALs. The special operations force pounced on bin Laden's compound in the military garrison town of Abbottabad in the middle of the night, killing the al-Qaida chief along with several of his operatives.

"We sided with the US in the War on Terror," Khan said, "but they came here and killed him, martyred him and ... used abusive language against us (and) did not inform us (of the raid), despite the fact that we lost 70,000 people in the war on terror."

Khan: 'They blamed us for every failure'

Over the years Washington has repeatedly accused Pakistan of harboring terrorists, something Pakistan has repeatedly denied and Khan was keen to send a broadside in the direction of Washington. He told parliament: "The way we supported America in the war on terror, and the insults we had to face in return. They blamed us for every failure in Afghanistan. They openly held us responsible because they did not succeed in Afghanistan,'' Khan said.

However, opposition lawmaker Khwaja Mohammed Asif slammed Khan for calling bin Laden a martyr, saying the al-Qaida chief had brought terrorism to Pakistan. "He (bin Laden) ruined my country but he (Khan) is calling him a martyr,'' Asif said.

Since assuming power in August 2018, Khan said his government has reset the Pakistan-US relationship, elevating it to one of mutual respect, for which he also credited the personal rapport he has built with President Donald Trump.

"No one insults us now," Khan said of modern-day relations with foreign powers.

Pakistan, Saudi Arabia, and the United Arab Emirates were the only countries to formally recognize the Taliban government in Afghanistan.

But Washington has long-held grievances against the Taliban, particularly over harboring bin Laden while he planned terrorist attacks against the US.

After 9/11, Pakistan became an ally of the United States against the Taliban, which was eventually ousted by a US-led coalition in November 2001.

A previous version of this article stated that the Taliban was ousted by the US coalition in 2011. This has now been corrected. The department apologizes for the error.

US President Donald Trump has confirmed the death of Hamza bin Laden nearly six weeks after US media reported it. The son of Osama bin Laden was widely viewed as being groomed to take over the terror group al-Qaida. (14.09.2019)

Sami A. was deported to Tunisia in July. The court that tried to stop his deportation has overturned its prior ruling after receiving assurances Sami would not be tortured in his native country. (21.11.2018)