Around 79.5 million people were displaced last year, more than ever before, the United Nations has revealed. And displaced people are finding it even harder to return to their home countries. 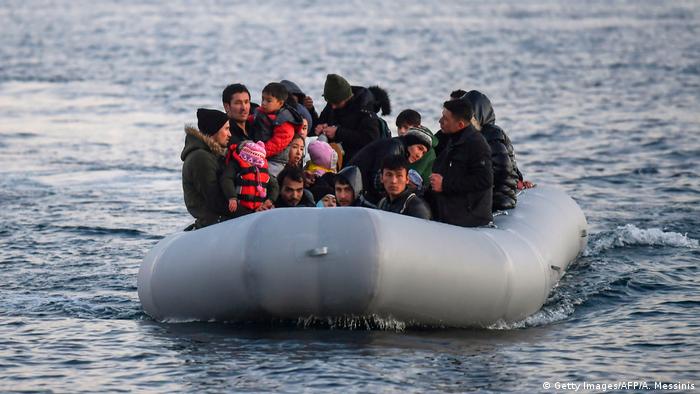 The number of people fleeing war and persecution rose to a record 79.5 million in 2019, the United Nations High Commission for Refugees (UNHCR) said Thursday.

The UN's refugee agency published its annual report, revealing that:

The number of displaced people worldwide was around 40 million ten years ago, Grandi said.

"So it has basically doubled. And we don't see this trend diminishing," he added.

Nearly 46 million people were displaced within their own country at the end of 2019, while 26 million others had fled across the borders as refugees.

Some 4.2 million were asylum seekers. Another 3.6 million Venezuelans displaced abroad were counted separately.

Around 11 million people were "newly displaced" in 2019, many coming from a handful of countries and regions, the report showed.

Grandi criticized the international community for failing to solve the conflicts that have pushed people away from their homes.

"With the international community so divided, so unable, so incapable of making peace, unfortunately the situation won't stop growing, and I am very worried that next year it will be even worse than this year," he said.

Restrictions and closed borders due to the COVID-19 pandemic have "put breaks" on displacement generally, Grandi said.

However, the virus that has "been able to cause the entire world to grind to a halt has not been able to stop wars, conflicts, violence, discrimination.''

"One region about which we're very worried is, of course, Latin America and South America and in particular where countries host many millions of Venezuelans,'' Grandi said. "They are particularly hit by COVID."

Fortunately, most of the poor and middle-income countries that host some 85% of the world's refugees had thus far been relatively spared from the worst fallout of the coronavirus crisis, he said.

But Grandi warned that the economic impact could still be devastating. Lockdown measures in many countries have left many people unemployed.

Without support for these people and their communities,"further population movements" could begin, he said.

He said it was important that countries continue granting asylum to people in need, despite border closures and lockdown measures.

The EU has announced that it will contribute 1.5 billion euros in aid to Syrian refugees to counter the rise in food prices caused by Russia's invasion of Ukraine. DW spoke with UNHCR High Commissioner Filippo Grandi about the plight of the refugees.