Pakistan elects Shahid Khaqan Abbasi as interim prime minister | Asia| An in-depth look at news from across the continent | DW | 01.08.2017

Former Petroleum Minister Shahid Khaqan Abbasi has been elected as Pakistan's interim prime minister. Ousted PM Nawaz Sharif's brother Shahbaz is expected to take over in September and continue until the 2018 election. 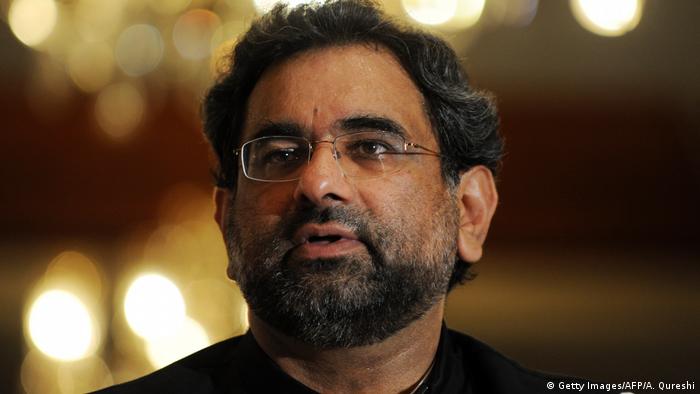 Shahbaz Sharif, Nawaz's younger brother and chief minister of the Punjab province, is expected to take over from Abbasi in September. Shahbaz will have to resign from his seat in the Punjab assembly and contest a by-election for the seat left vacant after his elder brother's disqualification. Sharif's party will have to nominate Shahbaz's successor as Punjab's chief minister.

Abbasi's election as interim prime minister was almost certain because of the ruling party's majority in the National Assembly (the lower house of parliament). Also, the opposition parties had failed to nominate a joint candidate against Abbasi. 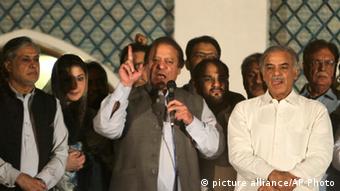 Prior to his election, Abbasi told media that he would continue with the policies of former PM Nawaz Sharif.

Cricketer-turned politician Imran Khan derided the choice of Abbasi and Shahbaz Sharif as Nawaz's successors, comparing the country's tradition of political dynasties to "a form of monarchy."

On July 28, Nawaz Sharif was disqualified by the Islamic country's Supreme Court in a case related to the Panama Papers that showed three of Sharif's children as having links with offshore companies holding properties in London.

In a historic ruling, a five-judge Supreme Court panel found Sharif guilty of not declaring his financial assets, although not directly in connection with the Panama Papers controversy. The corruption cases have been referred to an accountability court. The former prime minister and his family have consistently denied any wrongdoing.

Interim premier Abbasi is also facing a corruption inquiry by the National Accountability Bureau. Abbasi is accused in a 2015 case of awarding illegal contracts for the import of liquefied natural gas.

"Abbasi's interim period will be full of legal complications. Opposition parties will use the cases against him to unseat him," Mazhar Abbas, a senior Pakistani journalist, told DW.

"Shahbaz Sharif, too, is facing a case regarding the use of violent force by police. There will be many problems for the Sharif family in the coming weeks and months," Abbas added. 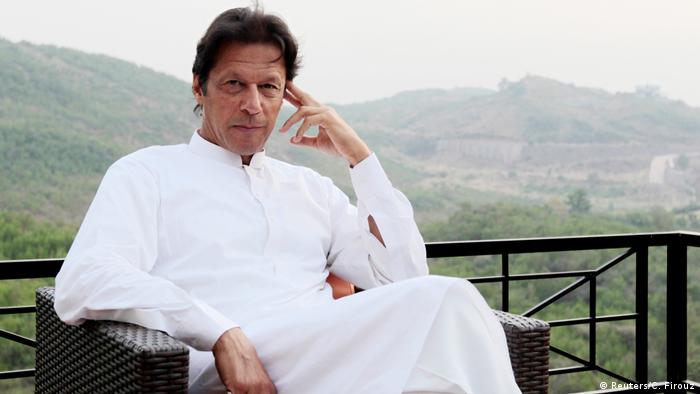 Nawaz Sharif's disqualification angered his supporters, who allege that their country's powerful military influenced the judiciary to unseat him. A strong civilian government has always been a threat to the military's unchecked power, they say.

Political observers say the army leadership is very skeptical of Sharif due to his repeated attempts to improve ties with India and enhance trade between the two South Asian nuclear-armed archrivals. Analysts say that Sharif had also angered Saudi Arabia by opting to remain neutral first in the Yemen war and later in Riyadh's conflict with Qatar.

Parliamentary elections are due in Pakistan next year, and Sharif's party is hoping for a resounding victory despite the fact that the Sharif family will continue to be investigated by the National Accountability Bureau.

Three-time prime minister Sharif could never complete his democratic tenure. He was first ousted on corruption charges in the early 1990s, and later in a military coup in 1999. No civilian prime minister in Pakistan has ever completed their constitutional term.

The United States and the European Union have urged a smooth democratic transition in the South Asian country.

"Sharif has a good reputation in the European Union. His departure would have an adverse effect on Pakistan's foreign relations," said Farooqi.