Some 208 attacks on Muslims in Germany were reported in the first quarter of this year, with incidents including online attacks, threatening letters, attacks on women wearing headscarves, as well as damage to property. 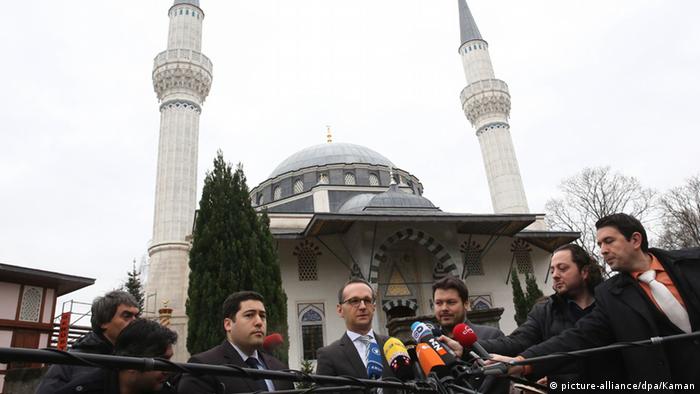 Police and constitutional protection agencies reported 208 offenses of an anti-Islamic character in the first quarter of 2017, the Neue Osnabrücker Zeitung newspaper reported.

Muslims were verbally abused or attacked because of their religion or were victims of damage to property, mainly by right-wing extremists, the newspaper reported. The authorities said they were analyzing the data on "anti-Islamic crimes" for the first time as there are no comparative figures.

Attacks on Mosques down

Attacks on mosques and other Islamic institutions however fell back to the level before the 2015 refugee crisis. According to the government, 15 such attacks, including desecrations, were recorded in the first quarter. This is less than in the fourth quarter of 2016 when there were 27 attacks such attacks, and is at the level of early 2015.

There was also a fall in anti-Islamic demonstrations, of which there were 32 in the first three months of this year. In the first quarter of 2016, 80 such rallies were held. These figures do not include the Pegida march in Saxony, police said.

"I assume that the detected offenses are only the tip of the iceberg," Ulla Jelpke, an expert from the Left party, said.

This week nine wooden spikes topped with parts of a dead pig were planted on a land where Muslims are planning to build a mosque in the eastern German city of Erfurt, German police said.

The stakes were topped with half of a pig's head, pig feet, and pig bowels among other things, the German news agency DPA reported.

There have been protests against the construction of the Ahmadiyya mosque in Erfurt, including one by protesters who erected large Christian crosses on a neighboring property.