A German Muslim leader says that Muslims and mosques are increasingly becoming targets of violence in Germany. He puts part of the blame on the 'anti-Islamization' group PEGIDA. 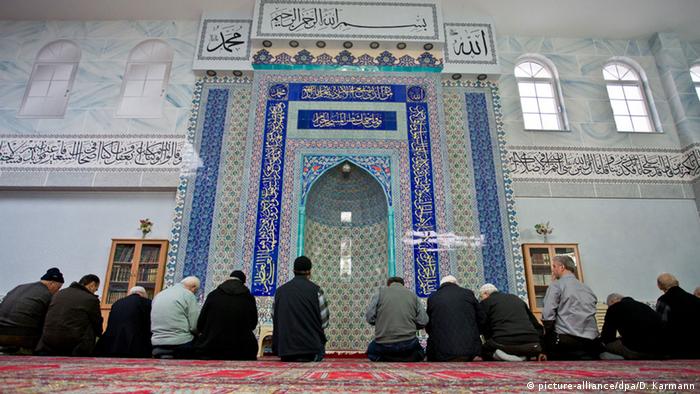 Islamophobia body observes sharp rise in anti-Muslim incidents in FranceViolence and hostile incidents targeting Muslims and mosques are taking place in Germany on a daily basis, according to the chairman of Germany's Central Council of Muslims, Aiman Mazyek.

"Insults against Muslims, often women with a headscarf, vandalism against mosques and violence against imams have become a daily occurrence," Mayzek told the online magazine Online Focus in a report published on Saturday. 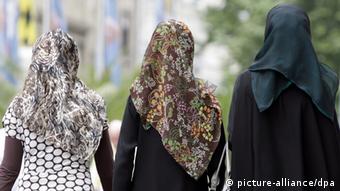 Muslim women are frequently the target of hostile insults

Mazyek said imams were now advising Muslim women wearing headscarves to travel by car rather than use public transport to avoid being harrassed on the street.

He added that attacks on mosques in Germany were occurring every week.

Mazyek put part of the blame for the increase in violence on the right-wing group PEGIDA, which for months has been organizing weeky rallies in the eastern city of Dresden against what it calls the "Islamization" of Europe.

The group, whose name in German stands for "Patriotic Europeans Against the Islamization of the West," claims to oppose only Islamist violence and not Muslims who integrate into German society.

Mazyek said in the article that PEGIDA's influence had nonetheless "led directly to the lowering of many people's inhibitions about discriminating against and attacking Muslims."

PEGIDA demonstrations in Dresden have drawn as many 25,000 supporters, but have also triggered large counter-rallies.

"We need more support from society and politicians. For example imams need to be better educated so that they know how to deal with radicals and recognize the signs of radicalization earlier," he said in the report.

German authorities have warned in recent months of the security threat posed by young radicalized German Muslims returning home after fighting alongside Islamic extremists in the Middle East.

On Friday, the French Council of the Muslim Religion also released figures indicating a steep rise in anti-Muslim incidents in France since the Islamist attacks in Paris earlier this month.