An international election observer mission has hit out at US President Donald Trump's "baseless allegations" of electoral fraud, saying it found no evidence to support his claims. 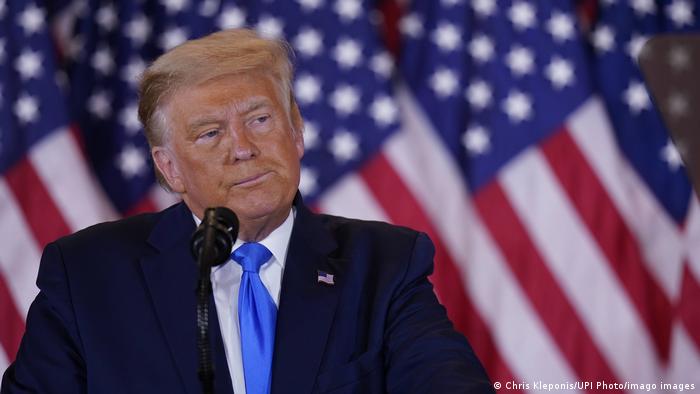 An international election observer mission to the US has concluded there was no evidence of election fraud and Tuesday's presidential vote was "competitive and well managed," despite "logistical challenges" as a result of the COVID-19 pandemic.

The Organization for Security and Co-operation in Europe (OSCE) noted statements made by President Donald Trump about deficiencies within the country's electoral system were baseless and eroded trust in democracy.

"Baseless allegations of systematic deficiencies, notably by the incumbent president, including on election night, harm public trust in democratic institutions," Michael Georg Link, the leader and special coordinator of the short-term OSCE observer mission, said in a statement Wednesday.

Trump has repeatedly claimed without evidence that the US electoral system is vulnerable to voter fraud.

"Nobody — no politician, no elected official — should limit the people's right to vote," Link added.

"Coming after such a highly dynamic campaign, making sure that every vote is counted is a fundamental obligation for all branches of government," Link said, referring to the Trump campaign camp suing to stop the vote counting process in the crucial states of Michigan and Pennsylvania.

The OSCE mission, which sent 102 representatives from 39 countries to the country, will now remain in the US until all votes have been counted.

In a preliminary report presented by the OSCE on Wednesday in Washington, observers warned statements made by President Trump throughout the campaign "were perceived by many as increasing the potential for politically motivated violence after the elections."

President Trump "created an impression of refusing to commit to a peaceful transfer of power" throughout the campaign, the report read.

"Such statements by an incumbent president weaken public confidence in state institutions."

The document further pointed to the numerous lawsuits regarding postal and early voting. Republicans said restrictions were necessary to clamp down on voter fraud, while Democrats said these were attempts to keep people from exercising their civic rights.

"Despite numerous public statements by the incumbent President over the integrity of postal voting, the number and scale of alleged and reported cases of fraud associated to absentee ballots remained negligible," the OSCE report said.

Read more: Opinion: US election tears at the seams of liberal democracy 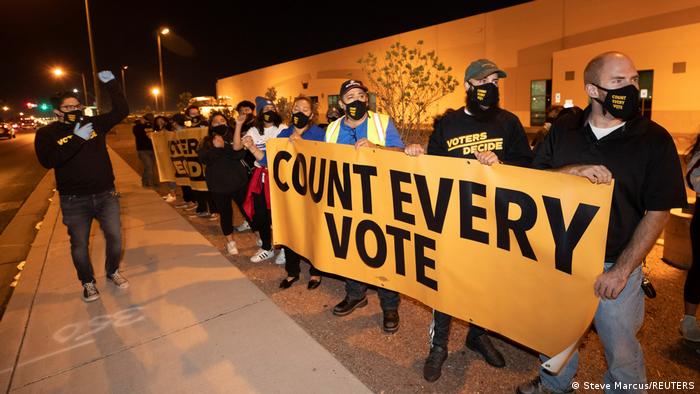 Urszula Gacek, head of the OSCE's Office for Democratic Institutions and Human Rights election observer mission, told DW the mission did not report seeing any irregularities or fraud, as was often claimed by the president in the lead up to the election.

"I have not come across a singular incident in Pennsylvania. We have come across one incident: a postal worker dumping a bag of post including ballots on their way to voters. But what is important: We have not found evidence of systemic wrongdoing in the processing of postal ballots," she told DW.

Trump's statements have "undermined the voter's confidence in the electoral process. That is a fact ... The challenge here in the US [is] rebuilding that trust in the system. Hopefully, the work that we've been doing here, very fact based, will also serve in some measure to reassure people how this election actually was concluded."

OSCE observer: 'No evidence of systemic wrongdoing in Pennsylvania'

Biden or Trump, Wall Street takes what it can get from US election

The race for the White House has turned into a cliffhanger. Yet even though the outcome of the election is unclear, the New York Stock Exchange is breaking records.

With key states still up for grabs, the US presidential election is anything but decided. Foreign policy experts point out that, no matter the outcome, the European Union must be willing to go its own way.