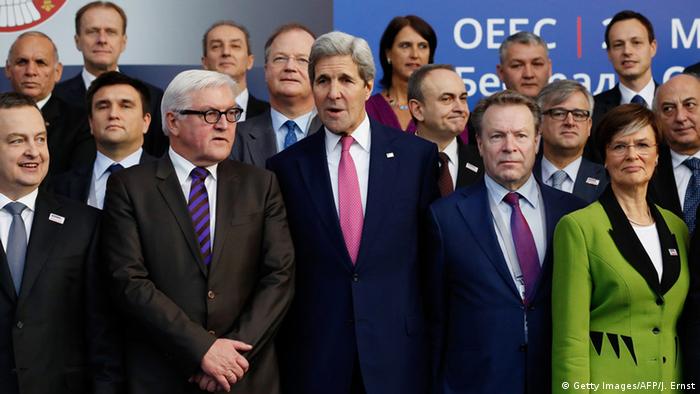 Those who talk, don't shoot. That could be the unofficial motto of this year's meeting of the OSCE (Organization for Security and Co-operation in Europe) Ministerial Council. That theme was most clearly evident in the concerted effort of member states to corral the foreign ministers of Turkey and Russia into a room for one-on-one talks during the conference.

The effort was successful - Russian Foreign Minister Sergey Lavrov and his Turkish counterpart Mevlut Cavusoglu spent more than half an hour with each other in the highest-level talks between the two countries since the downing of a Russian military aircraft near the Turkish-Syrian border at the end of November. Nothing is yet known about the content of the discussions, but there is no doubt that they spoke.

The above maxim does not hold true altogether, though. There is shooting going on in Europe - in Eastern Ukraine for instance. Yet, there is still dialog. For the OSCE, with its 57 members, is the only organization of its kind that does not require a special invitation for attendees.

Recently, in more exclusive clubs, such as NATO and the EU, joint talks that included Russia were suspended due to the war in Eastern Ukraine and the annexation of Crimea, which violated international law. The OSCE is the only forum in Europe that is open to all countries, no matter what their positions may be.

Decisions, however, are made solely by consensus - and they are non-binding. The image of the paper tiger comes to mind, a paper tiger with 57 legs, all of different lengths and strengths.

But the German foreign minister opted for a seafaring metaphor instead, saying: "Europe is navigating turbulent waters." Frank-Walter Steinmeier went on to say that the common security of Europe concerns him. Then he became loud: "It has been twelve years since we have been able to agree upon a single political statement in the OSCE! It seems we can no longer find consensus." Fixed principles, said Steinmeier, have regrettably been broken in unacceptable fashion over the years. 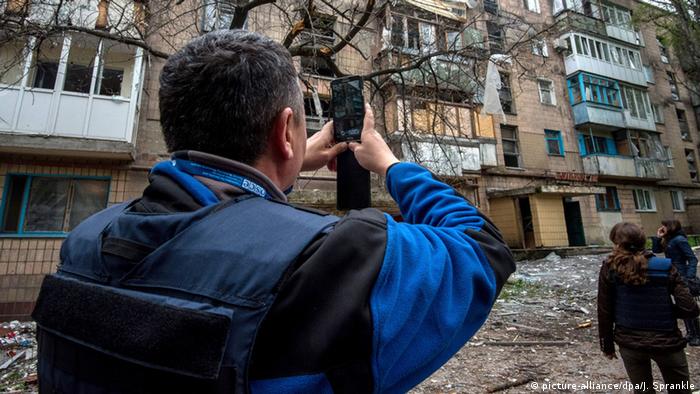 On stormy seas in an old ship

Now Germany is taking over the chairmanship of the OSCE for the next year. Not because that is how rotation wills it, and not because it has to, but rather because it wants to. "Germany cannot save the security order of Europe in one year," says Wolfgang Ischinger, head of the Munich Security Conference, "but besides doing what is necessary in the short-term, like reducing the risk of war, Germany must begin a process designed to tackle medium and long-term problems."

Ischinger headed a group of leading thinkers contemplating the question of "European security as a common task." Their final report underlined the strengths and weaknesses of the OSCE: In it, the Georgian Sergey Kapadnaze and his Russian colleague Sergey Karaganov both told very different versions of another conflict, one that played out in their region, and paralyzed Europe.

Their perceptions and truths conflicted with one another. Nonetheless, Ischinger hopes that understanding can somehow be achieved. "If it was possible to create trust in 1975, under the shadow of atomic threats at the height of the Cold War, then why shouldn't it be possible in 2015?" he asks.

The German chairman of the OSCE outlined three especially important points that he intends to concentrate on: Firstly, after the experience of the Ukraine conflict, reactions to crises must be quicker, more decisive and more substantial. Secondly, trust must be built in order to reduce military risks - such as the downing of the Russian aircraft by Turkey. And thirdly, the OSCE must come up with a comprehensive plan for Europe's security order.

Some are hoping for a new Helsinki moment, that is, a kind of refoundation similar to that which took place in the Finnish capital in 1975. Ischinger's group of experts also envisions an OSCE summit of national leaders as a target, with the goal of establishing a new, binding European security order, but not next year.

In the German foreign minister's boat the watchword is: "Let us not destroy our vessel, the OSCE, in stormy seas, simply because it is difficult to decide upon a common course! Let us not attempt to rebuild a new ship which brings with it the danger of failure, but rather, let us harden and strengthen our ship!"

Just before Foreign Minister Steinmeier's opening speech, his Russian counterpart Lavrov wished him "Good luck on the captain's bridge." The two know each other well. It helps to talk.

The foreign ministers of Turkey and Russia have met in Belgrade in the first high-level bilateral meeting between the two nations since the downing of a Russian fighter jet by Turkey along its border with Syria. (03.12.2015)

US Secretary of State John Kerry has called for Syrian and Arab ground troops to take on fighters from the so-called 'Islamic State' to enable their complete defeat. Airstrikes alone would not defeat the group, he said. (03.12.2015)

The OSCE election monitoring mission in Turkey has said the election campaign for the weekend poll was marked by violence and a media crackdown. The ruling AKP won 50 percent of the vote. (02.11.2015)