Africa′s organic farmers struggle to get certified | Environment | All topics from climate change to conservation | DW | 12.02.2020 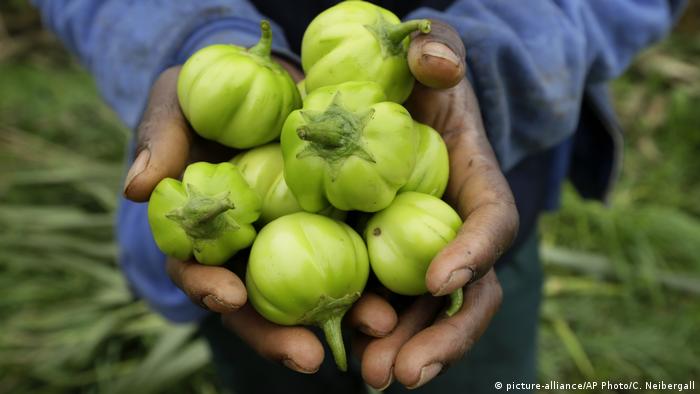 Just 0.2% of Africa's farmland is considered organic — seven times less than the global average, according to data from the Research Institute of Organic Agriculture (FiBL) — in a continent where natural agricultural and subsistence farming are widely practiced. Farmers who avoid synthetic fertilizers and pesticides but are unable to get organic certificates say their plans to export abroad are stymied by high costs, corruption and little government support.

And then there's the bureaucracy.

"The ceiling is so high for smallholder farmers to be part of the international market," said Ara Nashera, a farmer near Mount Kilimanjaro in Kenya who wants to get organic certification to sell chilies abroad. "When I looked last year at how many agencies I have to go through to start exporting, there were 53. You don't even know where to start."

Alfred Koleta, an organic farmer in the same region who is relying on sales of cassava to pay his children's school fees, said the complexity of the years-long process puts farmers off getting certified. "Unless you get someone to introduce you... it's quite challenging, it's quite tedious, because this process requires multiple agencies."

More than half of Africans are smallholder farmers and agriculture is a central pillar of economies across the continent. With Africa's population set to double by 2050 and its crops increasingly menaced by extreme weather, soil erosion and desertification, farming choices today will play a key role in the continent's food security. 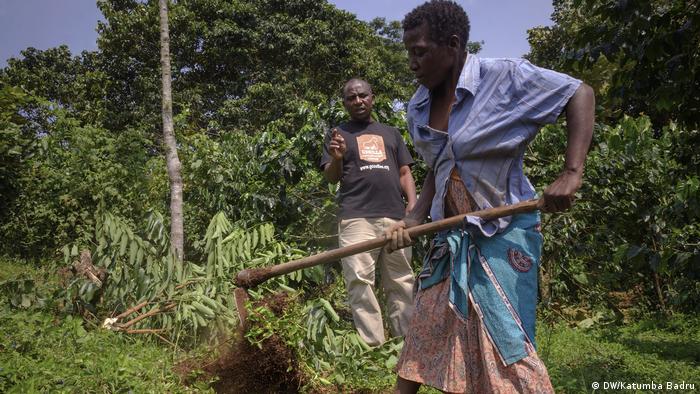 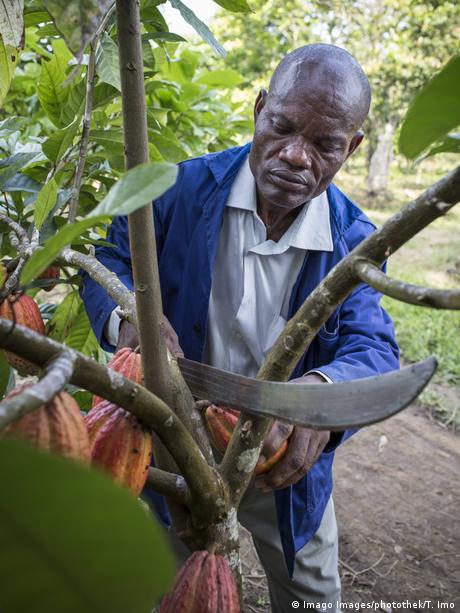 "Conventional methods have been eating up arable land and making it barren," said Nashera. "If we waste land now, then food will be very expensive in the future and we'll have more people fighting for very little resources."

But scientists and farmers alike are divided on the benefits of organic farming.

Conventional farming uses artificial fertilizers and pesticides, some of which kill wildlife and may damage human health, particularly in countries where they are poorly regulated or overused.

A landmark report on biodiversity published by UN-backed scientists last year found that converting land for intensive agriculture is one of the biggest drivers of wildlife loss and degradation of nature — and that this, in turn, endangers the global food system through the less of healthy soil, clean waterways and insects that pollinate plants.

At the same time, organic farms typically require more land to achieve the same yield as conventional farms do, a review paper published in the journal Science Advances in 2017 found, meaning an expansion of organic could accelerate climate change and worsen hunger. Without an increase in modern farming too, this could prove deadly in sub-Saharan Africa. About 20% of sub-Saharan Africans are undernourished, data from the UN's Food and Agriculture Organization shows, and East Africa is in the midst of an "unprecedented" threat to food security from a locust plague that is set to worsen in coming months.

But for smallholder farmers with limited equipment and low yields, a switch to organic methods could even be a boon to harvests and reduce post-harvest losses. "The [technical] capacity is so low that if you go organic but have some good practices... you could even increase productivity," said Malick Kane, author of a report on financing organic farming in Africa and project coordinator at UNCTAD, the UN's trade think tank. "You wouldn't necessarily face a food security challenge." 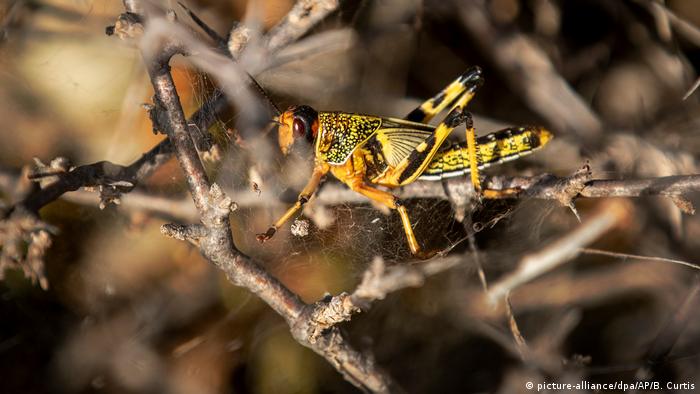 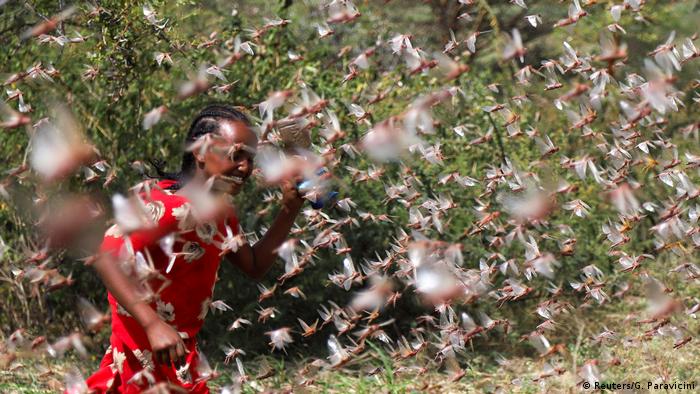 The area of organic farmland in Africa has doubled in the last decade to 2.1 million hectares, FiBL data shows, with the biggest organic centers in North and East Africa and the crops they grow enjoyed the world over. In Kenya, nuts and coconuts dominate organic output. In Tunisia it is olives. Ethiopia and Tanzania are big coffee-growers, while in Uganda, home to the most organic producers in Africa, the crop of choice is cacao.

Despite some successes, farmers such as Nashera and Koleta, in Kenya, are caught in a bind between domestic markets not willing to pay a premium for organic food and wealthier regions to which they cannot export without expensive certification. A survey of African farmers by UNCTAD in 2016 found that a quarter of stakeholders thought access to finance had gotten more restrictive in the last five years. Only 13% said it had become more efficient.

But the industry is held back by more than just money, said Okisegere Ojepat, CEO of trade association Fresh Produce Kenya. A lack of crop-specific research and equipment, including understanding of weather patterns and pest control, is keeping farmers from innovating. Pushing for more organic farming without building technical capacity would not be sustainable in the long run, said Ojepat. "It is a double-edged sword."

Organic farmers looking to reach markets abroad are trying short-term fixes. To reduce the cost of certification — which requires paying auditors from Europe and North America to fly in and inspect farms — organic farmers could apply to be certified together, said Claire Nasike, founder of environmental educational charity the Hummingbird Foundation and an agroecologist at Greenpeace Africa, which has trained a network of farmers who are now applying to be certified as a group.

"The farmers are able to hold each other accountable," said Nasike. "If one person messes it up, the entire group's certification is cancelled."

The number of property claims on plants by companies is rising. This can have dramatic consequences for farmers around the globe, as a case in India shows. (03.09.2019)

San Diego’s Ocean Beach library is one of hundreds in the US where members can take home seeds as well as books. Could the community project help protect local plant diversity? (21.08.2019)