Opinion: Xi Jinping is taking China down a dangerous path

As the world focuses on developments in China's coastal regions, the one-party state is flexing its totalitarian muscle in the northwest of the country. We should not look the other way, says Alexander Görlach. 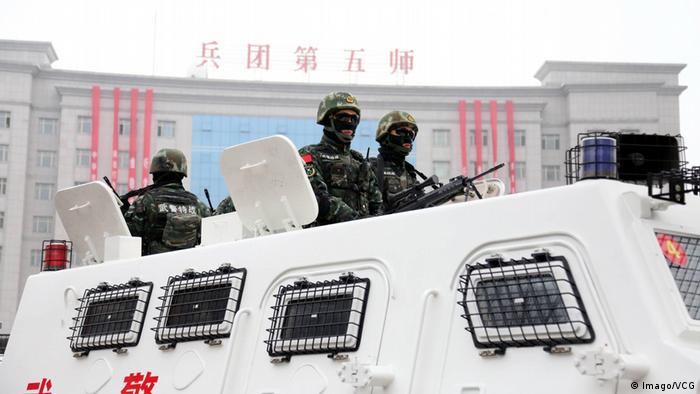 There is a "good" and a "bad" China, I read the other day in an article.

The "good" China, the author argued, is southeast of an imaginary diagonal line across the country, while "bad" China is to the northwest of it. The southeastern region prospers and is admired worldwide, this is where the economically significant cities are, where the majority of the population lives and where huge infrastructure projects have created cities for millions of people in regions that were empty 30 years go. Unlike the northwest, which is home to the vast country's political crisis areas: Inner Mongolia, Tibet and Xinjiang province.

People in Europe and the United States tend to focus on southern China, which has achieved considerable success by adapting a more US-style economic model. Thanks to former leader Deng Xiaoping, whose reforms began exactly 40 years ago, the country has changed from a backward Maoist state that didn't think twice about starving entire regions to a modern nation.

Under President Xi Jinping, however, what constitutes "bad China" has gained the upper hand. He has begun to reverse Deng's economic reforms, thus putting the Chinese economy on a dangerous path, and he has completely eliminated the political freedoms that his predecessors had allowed bit by bit.

The people who live in China's northwest are particularly hard hit — including those living in Tibet and Xinjiang. Their cultures are being streamlined and assimilated, and cultural independence is suppressed, like it was in Franco's Spain, where the Basques were forbidden to speak their language.

For decades, the Tibetans have seen their culture destroyed and their temples burned. The Uighurs in Xinjiang, the majority of whom are Muslim, are next. Huge "concentration camps" have been set up — satellite images prove their existence. China's leadership denies the existence of "concentration camps," calling them education camps instead. An estimated 1 million people are imprisoned because of their faith and ethnicity. Xinjiang is about more than state-imposed atheism: It is about the complete oppression of another ethnic group and its culture.

The moment has come for the world to shift its focus from "good" to "bad" China.

Despite the attraction the giant market of the People's Republic holds for Western countries, the Chinese leadership's approach in Xinjiang crosses every line regarding human rights.

How far is the leap from "concentration camp" to "extermination?" We Germans know how short a jump that can be. A regime that imprisons and "re-educates" people based on their attributes is so degenerate that eliminating these people soon appears to them to be an administrative, logical act. Xi has put his country on the wrong path, the "bad" path.

Due to Germany's past, the German government in particular must react unequivocally to the alarming reports from China. It is important to distinguish between the Chinese leadership and the Chinese people. There is reason to assume that many do not even know what is happening in Xinjiang. Xi is omnipresent and, unlike Deng, has had himself declared president for life.

Cooperate with the US

Under Xi , China is becoming increasingly isolated and the country's handling of the Uighurs has exacerbated the situation. At the same time, the leadership is intensifying its threats against Taiwan and Hong Kong, which was technically granted democratic rights. The fact that Xi has powerful enemies who do not want to accept this course became clear in the framework of celebrations marking the 40th anniversary of Deng's reforms, when one of the reformer's grandsons reminded the public that his grandfather worked with the US. He argued that every country that has been involved with the Americans has always been better off than before. That was unmistakably critical of Xi, and a remark only someone with such a prominent family name can dare make in China.

The message from abroad must be all the more clear: The Uighurs must not be left alone in this threatening situation. The international community can only cooperate with "good" China.

US: Parents in Arizona arrested for trying to break into school 1h ago

Mexico: Gang violence erupts in US border cities 10h ago