By electing Armin Laschet as leader, Germany's Christian Democrats have clearly decided not to significantly change the party that Angela Merkel made, DW's Katharina Kroll writes. 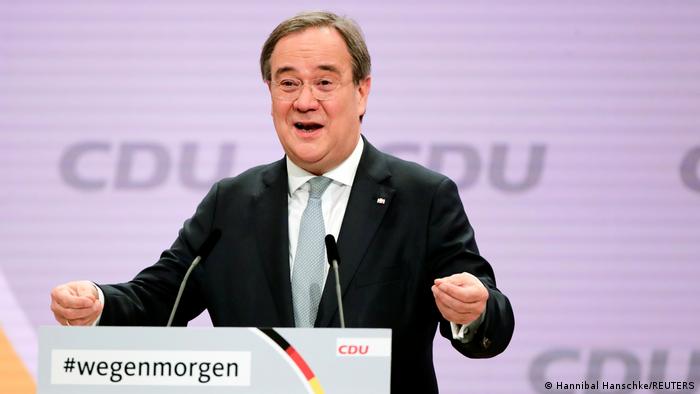 In Laschet, Christian Democrats saw a politician who seeks compromise — like Merkel

North Rhine-Westphalia State Premier Armin Laschet promised the Christian Democrats (CDU) that he would continue the course set by Chancellor Angela Merkel. By electing him, delegates have shown that they would prefer a party leader who exemplifies trust and reliability and has chosen not to take risks in the middle of the coronavirus pandemic.

Whether Laschet will also be put forward as the party's chancellor candidate is a decision that will not be made for months. Nevertheless, he has made his interest in Merkel's other job clear, as well. 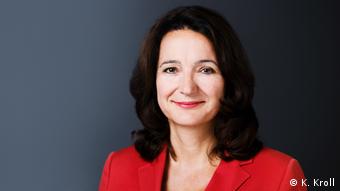 Laschet has two likely rivals for that role — and they're both performing well in opinion polls: Health Minister Jens Spahn, who backed Laschet's campaign to head the party, and Bavarian State Premier Markus Söder, the leader of the CDU-aligned Christian Social Union. Spahn has made himself a constant media presence over the course of the pandemic, and in December even surpassed Merkel in popularity.

Regardless of his own personal desires, Christian Democrats trust Laschet to do what he thinks is best for the CDU when the time comes to pick the party's chancellor candidate for elections scheduled for the autumn. The same cannot necessarily be said of the businessman Friedrich Merz, the loser of Saturday's runoff to lead the party, after a third candidate, the Bundestag deputy Norbert Röttgen, was defeated in an earlier round of voting.

Faced with an important decision about what direction to take, the delegates clearly opted against veering to the right with Merz. He had offered the party a more socially conservative and economically liberal profile.

Laschet's main task now will be to keep the CDU together.  He pledged not to break with Merkel's recipe for success, which means that the party could continue to draw on a relatively broad base of supporters.

Laschet's will only be the party's chancellor candidate if he can unite the CDU behind him. Unlike the polarizing Merz, who nevertheless has his fervent fans, Laschet offers for negotiation and balance. That is why a majority of the delegates chose him to lead the party.

Merkel, too, prefers negotiation and balance, solutions and compromises. She embodies patient debate and cooperation, and her approach has gained her enormous respect abroad, particularly within the European Union. Germany's international partners will not likely face confrontation with Laschet as leader. He is a proponent of the European Union and trans-Atlanticism; his approach to foreign policy does not differ much from Merkel's. He has also been a staunch supporter of her asylum policies.

In his campaign to lead the CDU, Laschet put party first. He has a warm and jolly character, and his approach is one of togetherness and openness. In North Rhine-Westphalia, he built a  Cabinet of specialists, and this has helped his popularity.

The CDU performs better in polls than any other party. This is largely thanks to Merkel's popularity, however, and most respondents have indicated that they do not want Laschet to be Germany's next chancellor.

Politics is less predictable than ever these days. Voters will cast their ballots according to whether they believe that politicians have responded adequately to the coronavirus pandemic.

Now, the next leg of the race to replace Angela Merkel has begun.