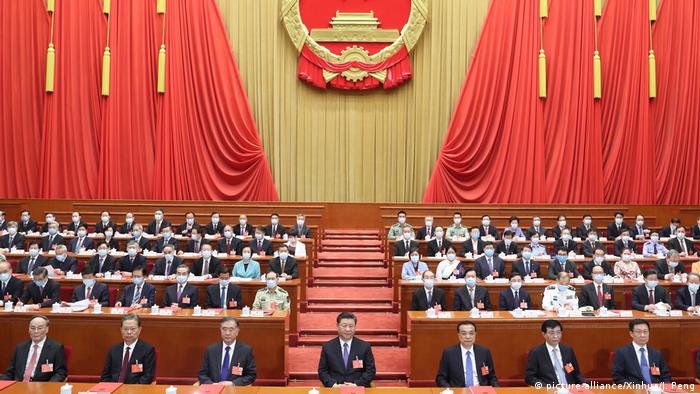 It was all over within half an hour. Half an hour during which the majority of the delegates of the National People's Assembly, China's pseudo-parliament, gathered on Thursday in Beijing's Great Hall of the People and approved all the important laws and bills put forward.

One was new national security legislation for Hong Kong, which has sparked widespread protests in the territory. Though there were 36 delegates from Hong Kong, 2878 voted in favor of anti-sedition laws to come into effect on January 1, 2021, one voted against and six abstained. Afterwards, there was an unusually long round of applause that lasted 22 seconds.

The ruling Communist party of China will use the result to argue that it enjoys wide support among the population. However, once again it is obvious to the world that this supposed supervisory body is a simple sham. There is no debate at this plenary session, no criticism or difference of opinion is tolerated. 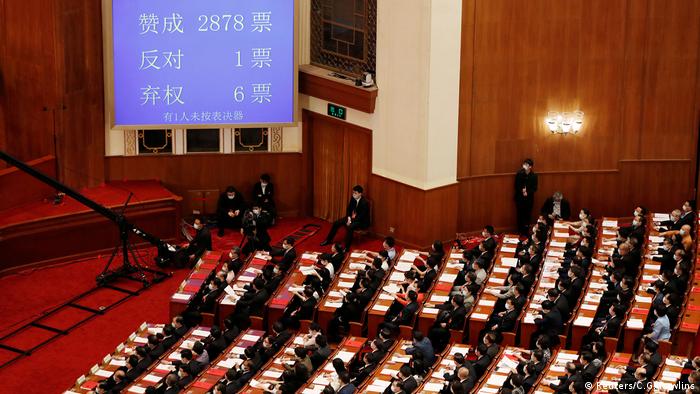 Premier Li Keqiang did not announce a GDP growth target for this year. It was the first time since 1990 that none was announced. Until now, the Communist leadership has used high economic growth to justify one-party rule. There is a kind of consensus between the rulers and the people: So long as there is more affluence, demands for democracy are put on the back burner.

But what happens now that the economy is stalling? The government itself is talking about "downward pressure". This can be attributed to a variety of reasons and the COVID-19 pandemic is only one of them. On top of this come a lack of innovation, disadvantages for private enterprises and a decrease in domestic demand. Combined, they pose a real threat to China's economy.

This year's government work report, which sets the agenda for social and economic policies, mentions "securing job places" as a goal 39 times.

Yet, in his closing press conference, the prime minister expressed optimism and promised "moderate" growth for 2020 despite the novel coronavirus.

The situation is not only crucial for China but for the global economy. The COVID-19 pandemic has shown that global value chains and supply chains are not secure if China cannot produce and export as usual.

China's huge market is also extremely significant for foreign companies that depend on exports and there are many in Germany in particular. Volkswagen, the biggest car manufacturer in the world, sold 11 million vehicles in 2019, of which 4.2 million went to China.

If China's economy falters, the entire world will have a problem. Wealth in Germany is dependent on China because of globalization.

The National People's Congress, which the prime minister uses to address the international media once a year, is the key opportunity to examine China's path to the future and look at it from a critical standpoint too.

As always, the event is being sold domestically as a great success, even though the announced measures to revive the economy were vague and not very convincing.

There was an effort to display normality, despite the lockdown and the original postponement of the plenary session. As always, the leadership was keen to nip any criticism of possible mistakes and weaknesses in the bud. 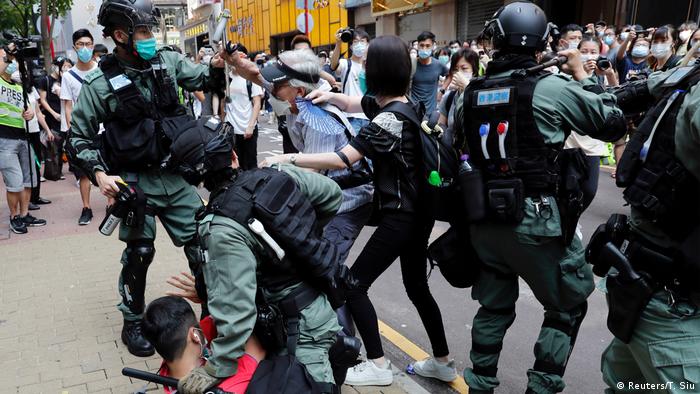 The Communist party opted to fuel nationalism in the face of criticism over Hong Kong and its spat with the US over the origins of COVID-19. It slammed the White House's chaotic management of the pandemic and praised its own actions to prove to its citizens that strong leadership is necessary in times of crisis.

But Beijing's strategy is short-sighted. When the pandemic is over, the structural and systemic problems of China's economy will remain.

While the US will have a new president sooner or later ⁠— it is not yet clear who will be in the White House next year ⁠— in China the leadership will not change.

For China's Communists "change of government" remains an alien concept.

Security chiefs in Hong Kong have given their backing to a bill that pro-democracy activists say will end the territory's "one county, two systems" model. Activists are planning more protests, despite coronavirus. (25.05.2020)

Putin warns of 'unpreventable' strikes by Russian navy 9h ago

Opinion: Small farms are the future of food systems 10h ago