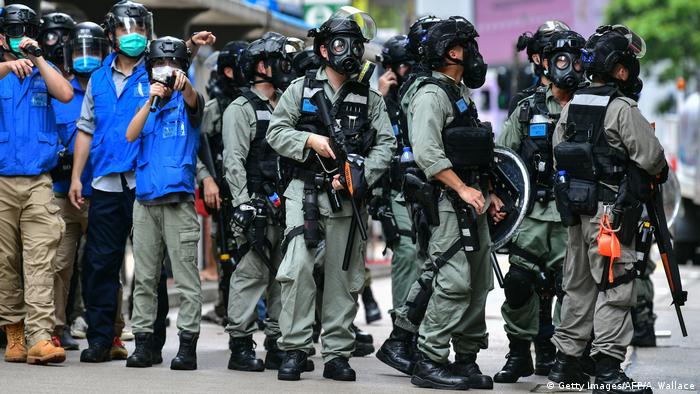 Hong Kong's security and police chiefs rallied on Monday behind China's planned national security law, saying it was needed to combat growing "terrorism" in the city.

Pro-democracy activists in the island nation have warned that China's new law could mean the end of the "one county, two systems" principle.

But Hong Kong Secretary for Security John Lee said in a statement that the bill would safeguard the city's prosperity and stability.

"Terrorism is growing in the city and activities which harm national security, such as 'Hong Kong independence', become more rampant," Lee said.

"In just a few months, Hong Kong has changed from one of the safest cities in the world to a city shrouded in the shadow of violence," he added.

Beijing announced the new legislation last Friday, which would allow Chinese intelligence agencies would be allowed to set up bases in Hong Kong. It aims to tackle secession, subversion, and terrorist activities.

The US, Australia, Britain, Canada, and others have expressed their concerns about the legislation, widely seen as a potential turning point for China's freest city and one of the world's leading financial hubs.

Protesters took to the streets on Sunday, despite the ongoing coronavirus pandemic, chanting "Hong Kong independence, the only way out." Police said they arrested more than 180 people when authorities fired tear gas and water cannon to disperse the crowd.

Another round of protests is expected this Wednesday, as Hong Kong's legislature is expected to give a second reading of a bill that would criminalize abuse of China's national anthem.

Activist Joshua Wong attended the rally and encouraged others to keep up the pressure on the streets.

"Although they won't let us organize protests, we still need to gather," Wong said. "Now is the beginning of the end and time is running out ... the international community must stand with Hong Kong," he added.