Plato's ideals of what makes a good ruler have shaped Western intellectual history and our understanding of modern politics. But world leaders are increasingly turning their backs on these ideals, says Alexander Görlach. 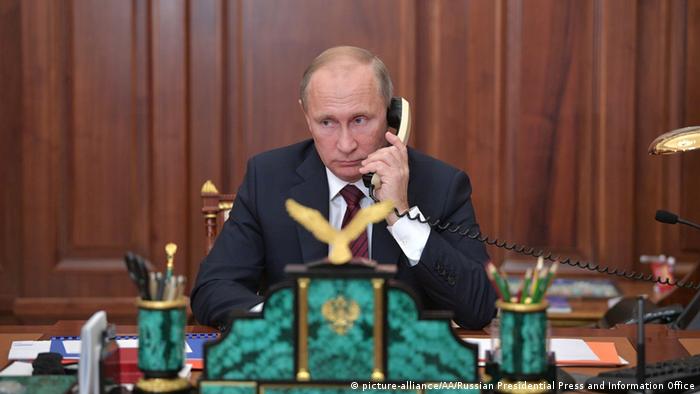 As a student, I enjoyed a classical humanist education, including five years of studying ancient Greek. At the time, we read Plato's masterpiece, The Republic, in which he put forward his idea that a philosopher on the royal throne would be an ideal ruler. This is a leader who makes the right decisions according to rules of truth and goodness. "But when," asked my strict Greek teacher, "does this ideal come unstuck?" A much smarter classmate gave the right answer: "When the king is unwilling."

In politics, we always operate under the assumption that rulers are "willing" in the platonic sense, that they are always interested in resolving conflicts by making good decisions. We Europeans have been lastingly influenced by Western philosophy, so it is natural for us to assume that even rulers like Russian President Vladimir Putin are "willing," or in other words, that at the end of the day they will pursue rational goals that can be achieved through reason and good customs. But does Putin want the best for Russians, and to promote Russia around the world? On Moscow's streets in recent weeks it has become abundantly clear what this ruler has in mind. And this is not the best interest of the people, who want to make themselves and their concerns heard on a political level.

Read more: The Kremlin fears its own people

The ideal of the Christian ruler

Since Plato speaks of an ideal king in The Republic we do not need to go so far as to demand democracy at this point (as many of the protesters are doing), but let's imagine Putin as a czar or king. In order to be regarded as a legitimate ruler in medieval times, the concept of a ruler had to correspond to certain ideals. These ideals were based on Christ, the heavenly king. And Putin must be measured against this, too, as he has consistently advocated for Russia's re-Christianization. Such a king must also, to a certain degree, listen to his subjects: "Vox Populi — Vox Dei," the voice of the people is the voice of God.

Russia's president is a long way from that. The rest of the world must, therefore, ask what can be achieved realistically through a dialogue with Russia? I myself believe in the primacy of words. Debate and factual dispute are inevitable in any society. This is how the established international body of rules conveys the various interests of its participants, whose rationality is assumed. But in Russia, the country's autocratization is being further cemented and civil society is being silenced. The breach of international law in Crimea continues. The international community has not known how to respond, because the annexation was contrary to what was to be expected according to Plato: that the strategies of 19th century politics were long behind us, and that no European country would be interested in taking land from another. Many of Putin's objectives are directed inwards, with the goal of signaling political landmarks on the domestic front and showing success.

The number of 'willing' rulers is decreasing

Putin is not alone in following this course, which makes the problem bigger and not smaller. At a recent rally with his supporters, Donald Trump responded with laughter to an audience member yelling that immigrants crossing the border should be shot. What has become of the United States when their president does not condemn a call for mass murder, but rather accepts it on the public stage? In Britain, a number of egotists have made it their objective to bring the country back under the thumb of a small elite and to lead it out of the European Union in order to achieve this.

The number of political actors who are "willing" is decreasing. But a world with numerous small and large czars and kings would by no means be a better world than the democratic and rule-based one we have today — on the contrary! A discussion, a debate between different actors only makes sense if everyone is equal. Russia is not following this premise at the moment. That is why discussions with the Kremlin unfortunately do not lead anywhere. For those who believe in rule-based politics, right now is not a good time. If only we had more philosophers on the throne!

Alexander Görlach is a senior research associate at the Institute on Religion and International Studies at the University of Cambridge as well as a senior fellow at the Carnegie Council for Ethics in International Affairs and honorary professor for ethics and theology at the University of Lüneburg. He has also held a number of scholarly and advisory positions at Harvard University. He holds PhDs in comparative religion and linguistics and is a guest columnist for several publications including The New York Times, Swiss daily Neue Zürcher Zeitung and business magazine Wirtschaftswoche.