Reports of an apparent attack on President Nicolas Maduro leave more questions than answers, except for one: The only one benefiting from all this is Maduro himself, writes Uta Thofern. 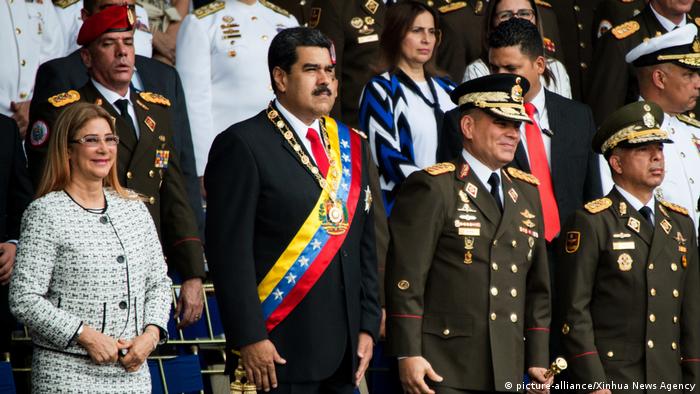 Venezuela's President Nicolas Maduro has claimed at least 20 coups or attacks against him, but not a single one has done him harm. To the contrary, his regime emerges from every actual or supposed attack stronger than before, regardless if carried out by foreign "imperialists" or his country's own "far-right" opposition.

This latest incident, claimed by the "Soldiers in T-Shirts" movement, shows that Venezuela finds itself not only in a grave political and economic crisis, but that it has arrived to the era of "fake news." It's hardly clear if Maduro really was attacked by a drone. The Associated Press news agency quoted firefighters as attributing the explosion to a gas tank in an apartment.

Maduro exploits every new incident as cause to carry out additional witch hunts against the opposition, insult his neighbors, like Colombia — and of course purge his own ranks and those in the army. Each incident further distracts from increasingly unbearable problems in the country.

The apparent attack happened during a parade marking the 81st anniversary of Venezuela's National Guard — and three days following his announcement of a new gasoline policy, which itself strangely took place during a power outage that left the capital, Caracas, in darkness for hours.

Gas subsidies have since been coupled with a government-sponsored car census, with only census participants receiving the subsidy. A fill-up in Venezuela costs less than one euro cent, but most of the gas needs to be imported from other large oil producers because Venezuela's own oil industry is in ruins. 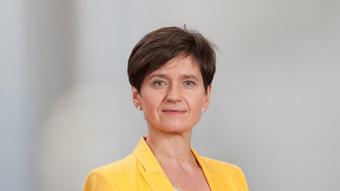 The International Monetary Fund (IMF) recently announced that the country should expect inflation this year to reach 1 million percent. The Venezuelan government said it would knock off five zeros from its currency, the bolivar, after it had already planned in March to knock off three. Even inflation gets ahead of a dictator's planning.

The Venezuelan government subsidizes many other items aside from gas: energy, local transport, food and medicine, all things the country lacks because Venezuela doesn't generate the currency it needs for imports. What's more, the "Bolivarian Revolution" has paralyzed Venezuela's own production capacities. There are countless reports of sick people going without care in dilapidated hospitals, starving children, smuggling mothers and desperate emigrants.

Government attempts to counteract all this leaves it looking increasingly helpless, because it is helpless. Venezuela is so fundamentally wrecked that it will take decades for the once-richest country in Latin America to return to at least a minimum standard of living akin to its neighbors. The newly announced partial easing of exchange rates will not suffice; soon enough, even the most loyal followers of the late President Hugo Chavez, who founded the Bolivarian Revolution, will have difficulty making ends meet.

There is hardly anything more dangerous for a government than to end subsidies, as many examples around Latin America, and in Venezuela itself, show. Maduro knows this, no matter how unavoidable it may be. His regime is steering Venezuela straight towards the edge of a cliff.

This does not justify an attack on him, but nor is there any reason for one. Any number of die-hard successors stand behind him with nothing to gain, and everything to fear from regime change. Everything points to an implosion: It is only a matter of time before the so-called socialism of the 21st century collapses in on itself.

Mexico world's most dangerous place for environmental activists 3m ago