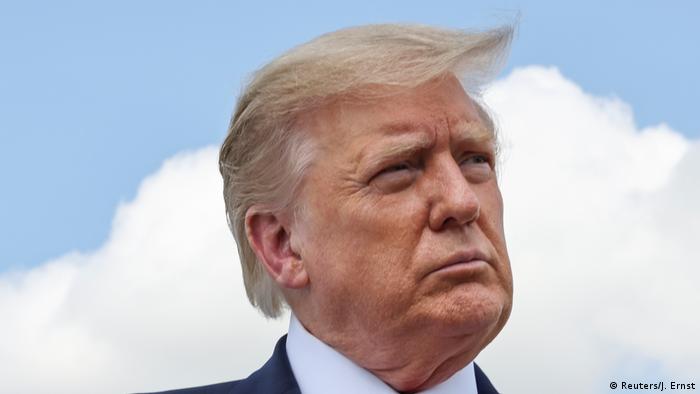 Less than 50 days before the US presidential election, Tuesday's signing ceremony for Israel's accords with the United Arab Emirates and Bahrain will play to Donald Trump's advantage. The media personality knows how to effectively surround himself with the aura of power. He knows what impression he makes on supporters and potential voters when he presents himself as a politician who sets things in motion in difficult times.

It does not matter that the deal, which is primarily financially motivated, woefully neglects Palestinians and that it has likely moved a real peace accord even further into the future. The Arab bloc that long stood united behind the Palestinians has long since ceased to exist.

Most Americans are more insecure than they have been for a long time. There is the deadly virus, and there are massive economic problems.  There are also the raging wildfires burning down large parts of the West Coast on an unprecedented scale.

Driven by fear, many Americans do not have time to take a critical look. Instead of analyzing what these disasters have to do with Trump's first term, many are willing to give another four years to a man who prioritizes his own success: a man who, they believe, shows the world who is in charge and has reclaimed the US's rightful place.

So Tuesday's ceremony involving powerful men and a lot of pomp is just in time. On days like these, the 74-year-old Trump wants to show even the most skeptical of voters that he has the power. Maybe that will make his Democratic opponent, the 77-year-old Joe Biden, look really old.