Israel-UAE flight takes off in major step for historic pact

The first-ever direct commercial passenger flight from Israel to the United Arab Emirates has taken off, marking a "historic" step in a recent pact to establish ties between the two countries. 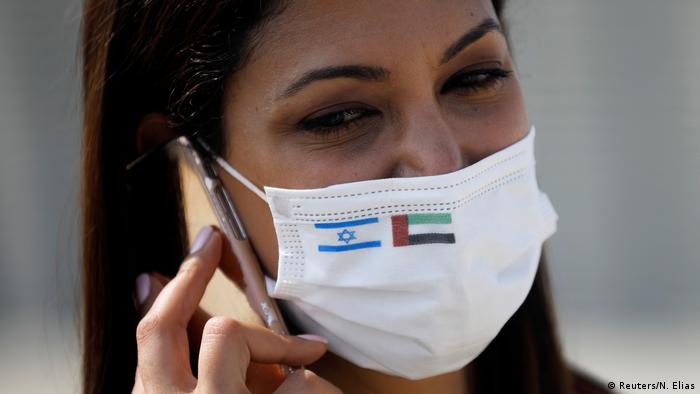 The first-ever direct commercial passenger flight from Israel to the United Arab Emirates (UAE) took off on Monday, marking the first step towards implementing a historic deal between the two Middle East nations.

"While this is a historic flight, we hope that this will start an ever more historic journey for the Middle East and beyond," said senior US presidential advisor Jared Kushner. The US-brokered the Abraham Accord that paves the way for normalizing relations between Israel and the UAE.

"This morning, the traditional greeting of 'go in peace' takes on a special significance for us," said Ben-Shabbat.

The Abraham Accord was announced by the White House on August 13. Since then, the UAE's ruler has issued a decree formally ending the decades-long boycott of Israel, once cemented in place by the political impasse of the Israeli-Palestinian conflict.

With normalization taking shape, the two countries are expected to expand business, banking, finance and aviation links, among other sectors. On Monday, Israeli and Emirati officials are planning to sign a slew of deals unlocking economic activity.

Ayala Hasson, TV anchor at TV channel 13 in Tel Aviv, told DW she was surprised at how quickly the changes are taking place.

"What is amazing is that normally in those cases it takes time. But now everything is on the table: relationships, embassies, flights, tourism — everything is moving very fast," she told DW.

The UAE has long maintained covert ties with Israel centered on their enmity toward Iran. However, unveiling the open secret was only made possible by a US-brokered deal that suspended Israel's annexation of occupied Palestinian territory in the West Bank in exchange for establishing ties. 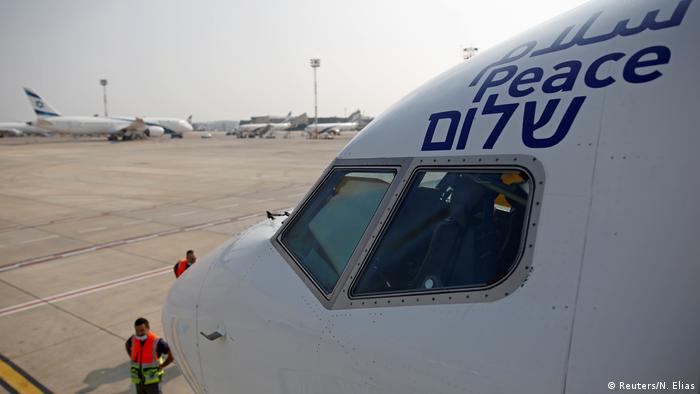 Last week, US Secretary of State Mike Pompeo shuttled across the region in hopes of securing more normalization deals with Israel, but even Bahrain — long considered the next in line — rejected US efforts.

Instead, many Arab states said normalization could only occur when an independent Palestinian state was guaranteed in line with UN resolutions, highlighting the international community's orientation toward a two-state solution.

Palestinian leadership and other Arab countries, including Qatar, have criticized the UAE for moving forward with Israeli ties without first securing a two-state solution to the conflict.

But after arriving in Abu Dhabi, Kusher said it was up to the Palestinians to seek peace.

The US Secretary of State is visiting Israel after the Trump administration's announcement of an ambitious Arab-Israeli peace plan. He will also visit several Gulf Arab states and Sudan this week.