Germany's Bundestag has been hit by a massive hack attack. Now, countless computers must be replaced. The parliament must examine its cybersecurity, DW's Jens Thurau writes. 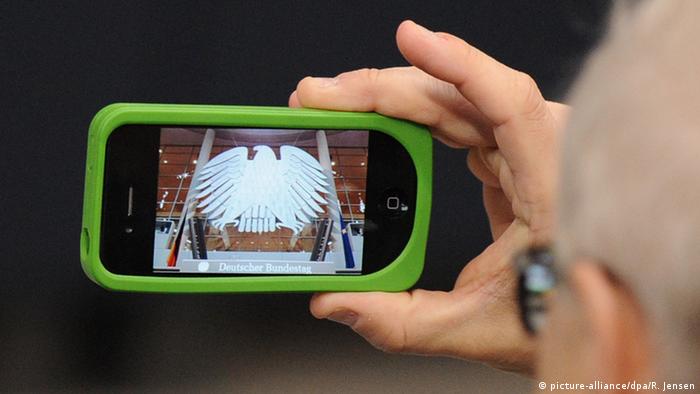 Statistics say we're all too careless with our data on the Internet. We move in social networks and reveal a lot about ourselves. We make purchases on the Net, conduct financial business via online banking, and are lax on security software and passwords. Why would politicians be any different?

Of course, they should be. The fact that the Bundestag has been targeted by a massive cyberattack is a totally different dimension. We can only speculate as to who the attackers are. If you ask them, politicians will guess that a major criminal group was behind the act, presumably eastern European; perhaps it was even some foreign state.

Most likely, both software and hardware will have to be replaced, maybe even all of it, but that remains to be seen. The attack reached far into the structures of the German parliament's network, including administrator privileges. And apparently, it's not over yet.

None of this is funny: The parliamentary defense committee addresses arms exports, the foreign affairs committee deals with German strategies and interests concerning other nations, both friendly and not-so-friendly. Highly sensitive information is exchanged. Nevertheless, you get the impression that there is no awareness that state-of-the-art technology is needed to protect the network used to exchange this information. For four weeks now, lawmakers have been in the dark about the severity of the attack, and they don't know what they are supposed to do. The president of the Bundestag has remained silent, and so have the Federal Office for Security and Information Technology and the Office for the Protection of the Constitution. Perhaps they don't have anything to add - that in itself would be really disconcerting.

This occurred as we are having to acknowledge that the US National Security Agency must have massively spied on people all over Germany - and that the NSA has excellent ties to Germany's federal intelligence service. The reactions of many Germans - and that includes many politicians - vacillate between fatalistic ("That's how the Americans are, and we'll never be able to stop them") and guileless ("If you don't have anything to hide, you don't have to worry"). In the past there's also been quite a bit of gloating, for instance when it emerged that the NSA tapped the chancellor's cellphone.

Somehow reports of a cyberattack on the Bundestag are in line with Merkel's behavior. These days, the chancellor has an account on Instagram, where her team posts cheerful photos - which are then bombarded by abuse from Russian trolls, complete with torrents of hatred and biting comments about Germany's policies toward Ukraine. No one in the chancellor's office had expected this reaction, and, finally, in a flurry, they ended up deleting all comments in Cyrillic writing.

So we're witnessing carelessness, possibly even naivete in the government and in parliament. However, by now, so many lawmakers in the Bundestag are angry - and that's putting it nicely - that it seems that there will be more digital personnel, more money for security software and more prudence, and soon.

Cyberattacks can't ever totally be ruled out, even major ones - but they should at least be taken seriously.

Opinion: The Cuban authorities are afraid of us 19h ago