A cyber attack was carried out on the internal server of the German parliament, according to German media reports. Experts have recently been noticing an uptick in attempts to breach the server. 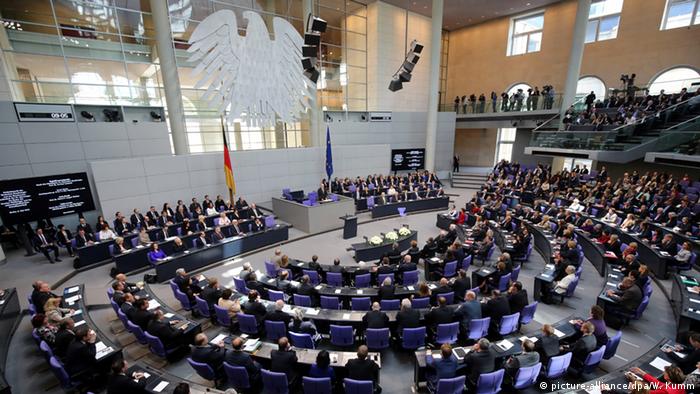 Ernst Hebeker, a spokesperson for lower house, the Bundestag, confirmed the cyber attack on Friday.

A separate Bundestag spokesperson also confirmed the report, which was published by widely read German magazine "Spiegel Online:" "Experts of the Bundestag and the Federal Office for the Information Security are working on this."

She refused to provide more details, according to the news agency Reuters.

Authorities have not yet identified the perpetrator.

"Spiegel Online" reported several days ago that Bundestag experts had been noticing other access attempts. It also reported that, at the same time, cyber security experts from Germany's domestic intelligence agency had noticed the spy attempt.

It was reportedly not clear to what extent data storage devices with highly sensitive information - for instance about government members - had been impacted.

According to Spiegel Online, parts of the Bundestag's systems were shut down temporarily as a precaution; among them also the drives of the parliamentary committee investigating the BND/NSA spying scandal.

The IT-departments of several Bundestag factions informed their members and staff about the security incident.

'Cyber security is a job for the government'

The cyber attack on TV5 Monde shows the vulnerability of the digital workspace. The only cure: government intervention, says researcher Haya Shulman. (09.04.2015)

It's not just cyber threats from terrorists we should be worried about, says US cyber coordinator Christopher Painter. Germany and the US also have to cooperate on protecting a global, open Internet. (08.02.2015)