Opinion: The Afghanistan fiasco will not herald a new world order

The West's withdrawal from Afghanistan might be disgraceful for NATO — and Moscow and Beijing might be joyful — but Western values continue to have global appeal, says DW's Miodrag Soric. 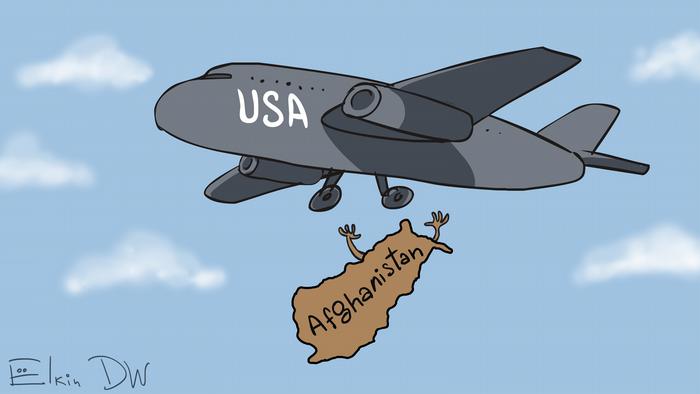 The mission in Afghanistan ended in a fiasco — but the West's declared values are still valid, says Miodrag Soric

Enough! For two decades, the West pumped billions into an underdeveloped, poor country. In vain. War weariness spread, and the West overestimated itself. For years, it thought it could modernize Afghanistan, and sacrificed inordinate quantities of people and funds to this end. In vain.

When US President Joe Biden ordered troops to withdraw, the facade of democracy in Kabul crumbled like a sandcastle. Now, Afghanistan risks reverting to an entity (it would be too much to speak of a state) in which rival tribes, ethnic groups and religious communities are in conflict. And it's the ordinary population that will suffer.

The world has another "failed state" — there is no way of glossing over the West's defeat. This is certainly a turning point in history: For the time being, the West might think twice about embarking on adventures of this kind in future.

Russia and China, which both would like to garner more influence on the global stage, have been observing the failure of the US and Europe in Afghanistan with glee.

Let them. The Islamists in Afghanistan are operating not far from their borders. They present much more of a threat to stability in Central Asia than in Europe or the US. The West's retreat from the region will force Moscow and Beijing to become more involved there, and for a long while to come.

The howls of triumph coming from the West's enemies will pass. Let Moscow and Beijing advocate for a new world order, with different centers of power and zones of influence. Russia would like to consolidate its grip on Ukraine, Belarus and former Soviet states in Central Asia. China would like to prevent US aircraft carriers from cruising in the South China Sea and Washington from defending Taiwan's freedom. But the West will not do them this favor.

The liberal, rule-based world order is by no means at an end. The ideals and values that the West upholds and rightly believes to be universal remain valid: the dignity of every human, equal rights for men and women, freedom of expression, the right to assemble, democracy, respect for human rights. Just because the West has failed in Afghanistan does not mean these values are any less significant. On the contrary. The likely tragic development over the next few months in Afghanistan will prove once again that they are right.

Moscow's claim that the US has tried to dominate the world since the end of the Cold War in 1991 is propaganda. It is not the West's fault if Eastern European countries have turned away from Russia, toward the free world. Is there a single genuinely democratic country in Europe with which Russia has friendly relations? If not, why is that so?

But the West also has to ask itself questions. What can it do in order to avoid "overstretching," as historians put it, its sphere of influence so that it can economize its forces and ensure there are enough funds to strengthen its defenses? Authoritarian regimes in Moscow, Beijing, Tehran and elsewhere need external enemies to survive. The values the US and the EU represent still have global appeal: Affluence in the West, its economic strengths, the possibility of every citizen to thrive in freedom and security will continue to attract people, including millions of Russian and Chinese citizens.

The US and NATO must learn from their mistakes. Nowhere have the military interventions of the past 30 years really improved the situation in the long term. The defense alliance should concentrate on its core task, which is the defense of its own territory. Then perhaps the fiasco in Afghanistan will not have been in vain.

German COVID rate soars to highest level since May 4h ago