Schalke just avoided equaling Tasmania Berlin's winless record. The win against Hoffenheim aside though, much at the club remains in a sorry state writes DW's Jörg Strohschein. 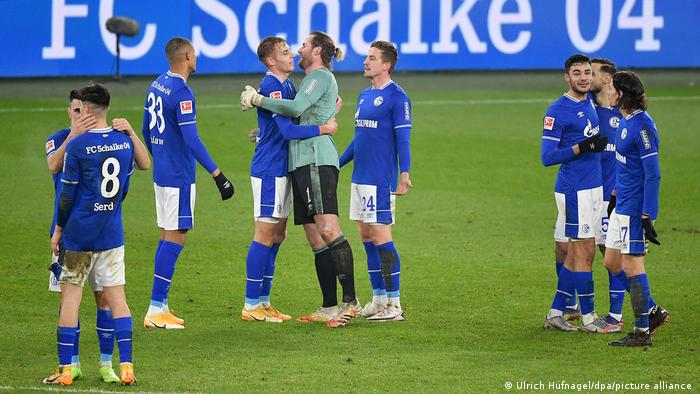 Schalke have won but there is work to do

The greatest embarrassment has been avoid. After 30 Bundesliga games without a win, Schalke finally picked up three points again.

The 4-0 win over Hoffenheim really was a relief. For months, the club couldn't escape talk about Tasmania Berlin's record of 31 games without victory. This Saturday was a good day for Schalke fans, but 24 hours later it is time to put the euphoria to one side and turn to reality. The situation at the proud, Ruhr area club remains dramatic, despite this shimmer of hope.

Even before Matchday 15, Schalke set the record for the Bundesliga team who went the longest period of time without winning a game. Even if the ultimate humiliation was avoided and Tasmania Berlin were able to celebrate keeping their record, this Saturday has to be a memorable for Schalke.

No club can afford to have those responsible only look out for themsleves and put their personal vanity first. In an overly professional, nationwide environment it is no longer possible that sporting responsibility should be concentrated on one person. Internally, an open and critical way to deal with one another must be fostered, where someone is seen as offering help rather than as a danger.

This is not the case at Schalke. The club's offices took a family-like business and turned it into a shark tank, one where everyone is careful of every word they say, as some staff continually report off the record.

Furthermore, a football club which is more akin to a medium-sized company must be led and controlled by competent and independent committees, not be focused almost solely on the whims of one wealthy man such as Clemens Tönnies.

During the year, Schalke's one-dimensional approach has been left behind by a steadily changing Bundesliga environment that has increasingly modern company structures. To have not realized this is the biggest mistake to hold against the former chairman of the board. 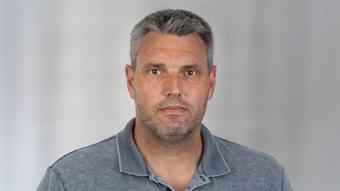 Schalke's creeping downward spiral between 2016 and 2019 under sporting director Christian Heidel — who had no experience in putting together a squad for a top team and who ended up paying average players far too much — hit hard.

Heidel took too long to realize that he was overwhelmed with his duties at the ambitious club, and no one prevented him from making the decisions he made.

But even Heidel's successor Jochen Schneider could stop the rot. Even though he had little room to move because of the investments of his successor, Schneider didn't have the Midas touch when it came to personnel decisions, both in terms of coaches and players. On top of that, the club is €240 million in debt — a gigantic number, that hardly spells a positive future.

At the moment, Schalke are like a tanker trundling towards trouble at sea. The big win against Hoffenheim and the manner of the victory has to have an impact so to make sure the impending demise can be avoided.

If the Schalke team can get back into the groove and avoid relegation after 33 years in the Bundesliga, then television money and eventually ticket sales will return to the club's account. If they do not, the club is literally on the verge of folding.

If Schalke stay up and retain the financial status quo, new figures with proven sporting competence must be in charge of the money. It is here where Schalke have the most work to do. Until then, rougly 160,000 club members and Schalke fans all over the world will be biting their nails over their club.