Opinion: Pope fails to provide new direction to the faithful | Germany | News and in-depth reporting from Berlin and beyond | DW | 26.09.2011

Opinion: Pope fails to provide new direction to the faithful

He stands there in radiant white with a friendly smile, waving, preaching and giving blessings from the command bridge of his cruise ship called the "Catholic Church." There's no question that Pope Benedict XVI keeps a tight control over the helm. He sets the course of this ship across the seas of belief, religion, ethics and politics. And he has accomplished quite a bit on this particular trip to his native Germany.

For years, many people here have not discussed questions of belief and faith very much. The 84-year-old pope has undoubtedly also brought people outside of the Catholic Church to reflect, whether they belong to those who are cheering or protesting.

Benedict steered clear of the shallows of politics during his speech to the German parliament, the Bundestag. Instead, he presented himself more as a professor, expounding on philosophical issues of conscience and ethics, which the majority of the Bundestag can perhaps understand, but can hardly put into words.

His encounters with the "captains" of political and social life were - as expected - full of friendly words and gestures, which was also the case during his meetings with the Jewish and Muslim communities. There was not much going on at the port of understanding other than typical diplomacy.

The pope's overhyped ecumenical meeting with the Protestant Church was also more diplomacy than anything else. He did, however, make at least an important symbolic gesture. The meeting took place in the Augustinian Monastery in Erfurt, where Martin Luther set off the reformation in the 16th century. The pope's restrained acclaim of Luther was unexpected.

Yet the pope still failed to define the course of ecumenical Christianity. Not once did he present a vision for bridging the confessional divide. And while Benedict embraced the council chairman of Germany's Protestant Church, Nikolaus Schneider, that friendly gesture came just days after the pope had delivered a slap in the face by declaring his love for the Orthodox Church. 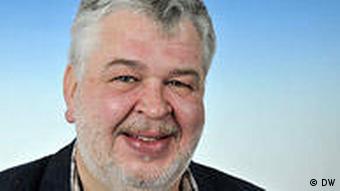 The pope did not mention the difficulties that practicing Catholics and Protestants face in mixed-confessional marriages. He did not comment on the wish, clearly articulated by representatives of the Protestant Church and German politicians, to hold a common Eucharist for everyone. There was no rapprochement, although cooperation raises the chances of achieving common goals. Instead, the Catholic Church views itself as the "cruise ship" while the Protestant Church is - at best - a "container ship" that should follow the Vatican's course. One can only tensely wait for the reactions of the world's 700 million Protestants.

Unity with the Vatican

Captain Benedict has presumably ordered the passengers on board his ship to stay on course. The images of devout and deeply moved believers cheering and praying cannot change the reality that many Catholics - particularly in Germany - are whispering below deck. Many reformers, among them bishops, had hoped for orientation in the controversial questions of celibacy, the ordination of women as well as the participation of lay people in church life.

Instead of offering a dialogue, the man on the command bridge simply offered the old calls for unity with the world church and loyalty to the Vatican. According to Benedict, the church in Germany will continue to be a blessing for the worldwide Catholic community if it stays true to the holy successors of Peter and the Apostles; if the clergy and laity work together in unity. It comes then as no surprise that a growing number of Catholics are going for the rescue boats. In 2010, the Catholic Church lost 182,000 members.

The main reason for the mass exodus, however, has more to do with the cases sexual abuse by the Catholic clergy. It is an issue that the pope did not publicly address during his four day visit in Germany, although the crimes deeply trouble him. The fact that he held private conversations with five abuse victims surely serves as a sign.

But clear statements could have perhaps avoided the impression that the Catholic Church is using silence to cover up the cases of abuse. Victims' associations are raising exactly this accusation against the church. It comes as no surprise then that Germany's reform Catholics were deeply disappointed when their "captain" departed and called openly for mutiny. Believers should follow their own conscience in the future. No further impetus should be expected from this pope.

So the Catholic Church shall hold to its current course. Whether or not it has reached its goal of communicating the message of Christian ethics to the world and its people, however, remains an open question. The world could use that message.

Pope Benedict XVI celebrated mass with 100,000 of the faithful in Germany's Catholic heartland on the last day of his trip to his home country. The pontiff urged them to unite and remain faithful to Rome. (25.09.2011)

Pope Benedict XVI was greeted by tens of thousands in the southwestern city of Freiburg on the third day of his German trip. The pontiff reiterated his support for traditional values and spoke out against gay marriage. (24.09.2011)