Opinion: NATO needs to rethink its strategy | World | Breaking news and perspectives from around the globe | DW | 06.05.2014

NATO is facing a fundamentally new situation in which defending against an attack from Russia could be at the center of its strategy. Approaches long considered obsolete are back on the table, writes DW's Bernd Riegert. 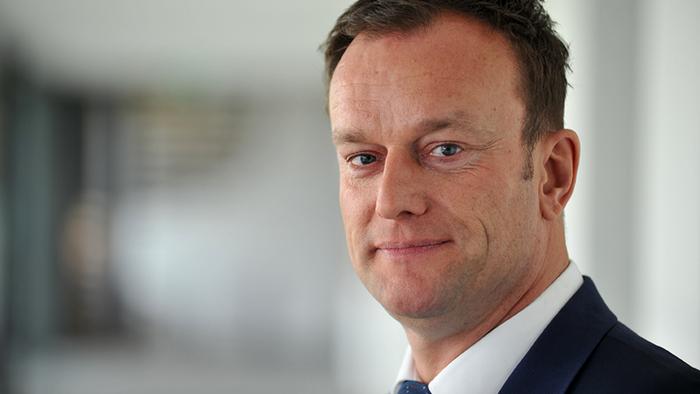 The Ukraine crisis will force the NATO military alliance to rethink its strategy once again. Up to now, NATO has focused on being an army ready for deployment well outside of its member states' regions, such as in the extended conflict in Afghanistan. That approach was evident, in part, when it came to decisions on arms and supplies for European forces: fewer soldiers, fewer heavy combat units, and, instead, highly mobile units that could quickly be sent off to operations in far-off lands.

In the course of this restructuring process, Germany's armed forces, the Bundeswehr, reduced its artillery and tanks to a minimum and got rid of compulsory military service. In fact, the Bundeswehr now has just one-tenth of the number of tanks it had 25 years ago, when the Berlin Wall fell. In their place came an increased capacity for transportability and other logistical skills. Was that shift too hasty?

Suddenly, the specter of a Russian attack on NATO territory to the east has re-emerged - a scenario that had vanished from public discourse for years. Although defense against such a land attack within NATO allies' territory in Europe has always been viewed as being among the military alliance's actual core tasks, its political leadership had no longer taken the prospect seriously. With Russia, NATO had strived for as strong a partnership-style relationship as possible. We know now that that approach did not work.

Determent back in fashion

Russia's leaders have understood NATO as an anti-Russian alliance since the end of the Cold War. Now, NATO states must once again intensively examine the issue of defense against possible Russian attacks. Counting tanks and gun barrels was long seen as passé - something for those still trapped in the bygone Soviet era. However, NATO Secretary General Anders Fogh Rasmussen has made mention for weeks now of "deterring" Russian troops, while being able as a military alliance to defend its eastern member states, such as Poland, Romania and the Baltics, from potential attacks.

After Russia's Five-Day War with Georgia in 2008, those in NATO's planning circles considered such scenarios more carefully, but without any pressure from politicians. The US, NATO's most important partner, has also withdrawn massive amounts of weapons and troops from Europe. Meanwhile, Russia has reformed and newly equipped both its conventional as well as its atomic armed forces since 2008. The Russian army at the country's western border is home to a large and swift tank force that can transition from routine maneuvers into actual battle within days. That's according to the International Institute for Strategic Studies and NATO's Supreme Allied Commander in Europe Philip Breedlove, a US general.

Thinking through the unthinkable

NATO could do little to combat these troops at the moment. Combat brigades would first have to be brought in from the US and Western Europe - to Eastern Europe, Poland or Estonia. NATO's current strategy is to protect its eastern allies with rapid response troops that consists of continuously alternating units from the other member states. But the new reality on the ground will have to be taken into account during a NATO summit in September at the latest. Its defense plans must be quickly re-worked.

US President Barack Obama set the tone during his March visit to Brussels, saying Europeans need to spend more on defense. After all, Russia has raised its defense budget by nearly a third, while European countries have condensed their defense spending for years. After the costly wars in Iraq and Afghanistan, the US is also looking to save on defense. Nonetheless, the US military budget remains 10 times as large as Russia's.

European defense politicians were happy to be able to drastically reduce their spending during the financial crisis. But that now seems to be a thing of the past. Europeans have to recognize that defense will be expensive and will strain budgets in the years ahead.

What about nuclear weapons?

In light of the new status quo arising out of the Ukraine crisis, NATO will not be able to leave things at conventional armament. Credible determent will involve nuclear weapons - to speak about them and send cold shivers down opponents' backs. Russia is a nuclear power and still considers the fellow nuclear power led by Obama to be its primary opponent in a multi-polar world. Russia is modernizing its rockets and has even stationed a few of them in the exclave of Kaliningrad, which sits at the border to Poland and Lithuania. Furthermore, Russia tested cruise missiles in Europe early this year that could also carry atomic warheads. That could represent a violation of the 1987 INF Treaty, which actually forbids such medium-range weapons. NATO has yet to issue a response.

For its part, NATO is modernizing the few warheads it has still in Europe. The military alliance is working on building up its missile defense shield for Europe that was originally intended to protect against attacks from Iran or other states on its southern periphery. Perhaps the defense shield must now also protect against Russian weapons - against the original concept. All of that must flow into new strategic discussions and a new concept for NATO. The Ukraine crisis, which is being fueled by Russia, is forcing NATO toward these measures. The alliance must react if it wants to remain credible.

Ukraine as turning point for Europe?

Some crises profoundly change the world order - the eurozone crisis led to a European banking union, for example. Could the crisis in Ukraine have a lasting effect on the European Union, like in energy policy? (03.05.2014)

Escalation could lead to a mess nobody wants

With Russia uninterested in a negotiated deal and the West unable to sway events on the ground, the situation in eastern Ukraine could inadvertently spiral out of control, an Oxford University Russia expert tells DW. (02.05.2014)

For many years, relations between Germany and Russia were seen as particularly close. But the Ukraine crisis has put a severe strain on that friendship, and Germany risks losing its special relationship with Russia. (29.04.2014)