Escalation could lead to a mess nobody wants | World | Breaking news and perspectives from around the globe | DW | 02.05.2014

Escalation could lead to a mess nobody wants

With Russia uninterested in a negotiated deal and the West unable to sway events on the ground, the situation in eastern Ukraine could inadvertently spiral out of control, an Oxford University Russia expert tells DW. 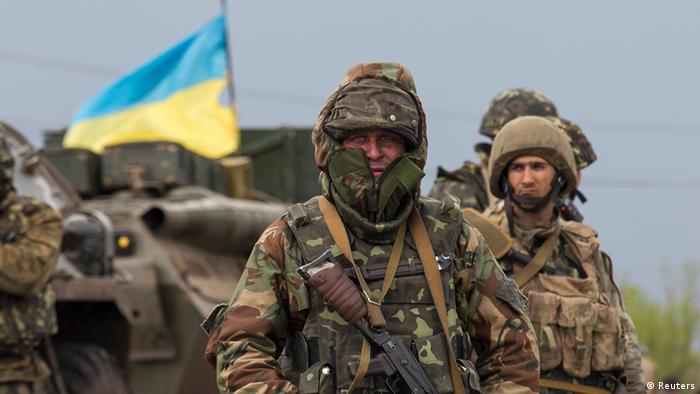 Neil MacFarlane is professor of international relations at Oxford University.

DW: The conflict over Ukraine entered a new phase with a military assault by Ukrainian forces on areas held by separatists and two downed helicopters. Are we witnessing the beginning of a full scale military confrontation now?

Neil MacFarlane: I think it's too early to judge that. What interests me about the downed helicopters is how they were shot down. It could have been small arms fire, but it's more likely to be some kind of surface-to-air weapon which is unlikely the separatists themselves would have, which points once again to the engagement of Russian special forces in the east which is not new.

I think we have a dynamic here. The Russian government was not pleased with the outcome in Kyiv when Yanukovych, after he made a deal with the opposition, fled to Russia. The Russian government's position has been that the replacement interim government is unconstitutional and that constitutional authority rests with their guy. The Ukrainian interim government is seeking to legitimize itself through elections later this month. It is not, I gather, in Russia's interest to see that government legitimized, therefore, you mess up the elections. If the elections can't be properly held in the east then the elections are partial and you can claim that they are no fully free and fair. Now this gets up to the present where it is the Ukrainian government's interest to ensure sufficient stability in the east in order to hold those elections. It is, therefore, not surprising that they are seeking to restore order. They are encountering resistance and the Russians are probably helping with that resistance in order to prevent the eventual electoral outcome.

Is that a war or a coming war? I don't think anybody wants a war - although I have been wrong about the Russians before - but I think they have a narrower objective regarding the elections than invading the place. The problem, of course, is this is a very dynamic situation. People may have reasonably well-defined objectives. But accidents can happen and escalation can be inadvertent and you end up in a place where nobody thought they were going. That would be my concern with regard to eastern Ukraine now: A sort of uncontrolled escalatory process leading to a mess of a type that nobody really wanted in the first place.

Russia had said earlier it would react if its interests or people were attacked in Ukraine. Do you think Moscow will now launch a military intervention in Ukraine to protect those interests?

Frankly, at the moment I do not see these interests deeply threatened. As far as I know, the Ukrainian military action against Slovyansk in particular has stalled again. It looks to me like the people on the ground in Slovyansk have enough capacity to prevent a Ukrainian resumption of control over that city, and I hope the Russians will be cautious about a direct military engagement. There are good reasons for them to be cautious. They have 40,000 or so well-armed, well-equipped and apparently well-trained soldiers on the other side of the border. They could certainly move into Ukraine. But what then? There would be resistance and the cost of maintaining forces in the field would be high and it's not obvious once they got in how they could get out, if they indeed intended to get out. I think they will remain cautious about this and I don't think they have a reason to move yet.

The larger point, leaving eastern Ukraine aside, is that Russia claims a right to protect its interests and its citizens. But what does this mean not just in Ukraine, but also in Georgia or for that matter in Kazakhstan or in extremis - and I don't expect this - in the Baltics.

With Western OSCE observers among the hostages taken by the separatists that are now under assault, countries like Germany have a very direct stake in the conflict. Today President Barack Obama meets German Chancellor Angela Merkel in Washington. What can and should the West do now?

As to what the West can do, the question should be phrased: What is the West willing to do and is there a West as an identity? It's pretty clear that the Americans have a more forthright or robust approach on sanctions. It's also clear that there is resistance to more robust sanctions in Europe, not least because of our economic ties with Russia and the business interests that would be potentially damaged. I don't like that, but I think we should recognize reality where it exists.

I don't know if Chancellor Merkel and President Obama can come to an agreement on what kind of action would produce what they want, which is effectively getting Russian special forces out of Ukraine, getting Ukrainian government control reestablished in eastern Ukraine and moving on to a peaceful electoral process that stabilizes the Ukrainian government.

NATO has said that it is willing to slightly reinforce its NATO allies in the region, but in very small numbers, but nobody has said anything at all about substantial military support for Ukraine itself. Basically we have an asymmetry here: the Russians are perfectly willing to give logistical and military support to people in Ukraine who are unhappy and we are not willing to do that. There is really very little we can do. We can increase sanctions, but sanctions have an affect in the longer term - not immediately. I think we are pretty stuck here. I don't think we have enough consensus on what to do, and I don't think we have as much will as we would need to stand up to the Russians in eastern Ukraine.

And by the way, oddly, that may not be an entirely bad thing because they have military superiority in the theater of operation. It would be very difficult for us to secure a military balance and things might go very badly wrong if were too ambitious in our response.