′Deploy more forces to the Baltics and Poland′ | World | Breaking news and perspectives from around the globe | DW | 02.05.2014

In an interview with DW, former US ambassador to NATO, Ivo Daalder, calls on the military alliance to beef up its troop presence in Eastern Europe. He also explains why Putin is making a fundamental miscalculation. 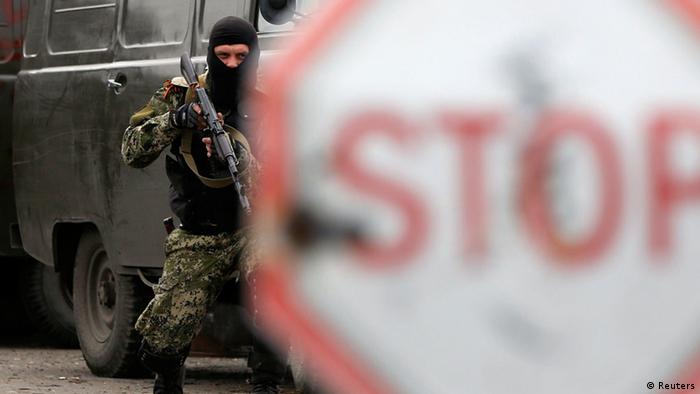 DW: How worried are you about an all out military confrontation now that the Ukraine conflict has reached a new military level?

Ivo Daalder: I have been worried all along and this will just make it more likely that something pretty bad is going to happen with a possible direct confrontation between Russian and Ukrainian military forces.

The Ukrainian government has threatened military force for some time to bring the separatist-held areas back under its control. Why do you think they decided to launch the operation now? 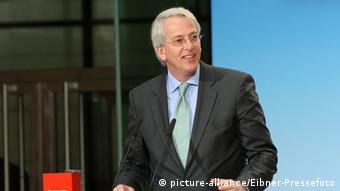 Daalder was US ambassador to NATO from 2009 to 2013. He is currently president of the Chicago Council on Global Affairs

They actually tried to solve this diplomatically. They welcomed the effort by the EU and the United States to broker an agreement which was done in Geneva on April 17. Under that agreement Russia committed to help disarm the pro-Russian forces. That didn't happen. Part of the country is occupied by armed rebel forces and in many ways they were abetted by a neighboring country. It's to be expected that the central government takes the actions that it has taken given that trying to solve this peacefully has not worked.

Russia had said it would react if its interests or people were attacked in Ukraine. Do you think Moscow will now mull or launch a military intervention in Ukraine to protect those interests?

The Russians have said very clearly that they want to control, at the very least, east and southern Ukraine. Whether they do that directly through annexation as in Crimea or indirectly by having people in control of that part of Ukraine is one of the questions we have been waiting to see and ask. Clearly, I think Russia would prefer not to have a direct military intervention and try to do it through provocations and subterfuge. But if the Ukrainian government is able to wrest control from rebel forces, then I think Russia is left with no choice - from its perspective - but to intervene.

US President Barack Obama met German Chancellor Angela Merkel in Washington on Friday. What do you expect from both leaders regarding Ukraine now?

Those two leaders have in fact worked hand-in-hand to try to find ways to de-escalate the situation through diplomatic and peaceful means and to make clear that there are limits to what Russia can do. I expect a very clear statement from the leaders that any further escalation will lead to further sanctions, including perhaps third stage sanctions that involve different sectors like finance, energy and arm sales. I expect the two leaders to be as closely aligned as they have been from the beginning of this conflict and to make very clear that Russia here is at fault and that Russia needs to de-escalate and that failing to do so will have severe consequences.

So far all sanctions and threats from the West have not really had any measurable effect on Russia. Why do you think more sanctions and more threats will have a different impact?

In the short term, it's clear that sanctions have not been able to cause positive change in Russia. Given where Putin is and what he has been saying since March 1, it's very clear that he is willing to take some significant hits in the short term because he believes he is right in the long term.

I think that is one of the most fundamental miscalculations. In the longer term, the cost of what he is doing will rise for Russia, it will rise because the US and NATO and Europe are going to be more united than ever before because the economic costs for Russia are going to be increasing; perhaps not this week or next week, but certainly this month, next month and next year. Sanctions may not succeed in stopping what's happening in Crimea - they failed in Crimea - or in eastern Ukraine, but in the long term sanctions will be a severe blow to Russia and lead to a change of course.

NATO has increased its aircraft presence in the Baltic states and warned Russia repeatedly from any further escalation. Is that enough or can the alliance do more to help Ukraine, such as by providing military aid?

The reality is that the weaknesses of the Ukrainian military are such that it will take significant and long-term assistance, training and weapons integration to have a material impact on Ukraine's capability. I don't have a problem with both lethal and non-lethal aid being provided to Ukraine, but I don't think this is going to materially affect the situation in the short term.

I do think that it is extremely important that all NATO countries make very clear that NATO territory is inviolable and that any infraction of territory - whether it is direct military confrontation or the kind of indirect green man kind of tactics we have seen - will be dealt with directly, harshly and that the defense of NATO territory is absolute. In that regard it probably is wise if NATO were to forward deploy more military forces in the Baltics and Poland than it has up to this point and that it not just be the US and the UK, but that more European countries be involved in the deployment of forces there beyond aircraft.

What do you make of the German stance on Ukraine so far, especially given that German OSCE observers were taken hostage by separatists?

Germany has, along with everyone else in Europe and indeed in the G7, made very clear where it stands with regard to Russia's actions. Chancellor Merkel has made very clear and has been willing to push for economic measures that do adversely affect German businesses. I think there is a natural attempt to try to resolve these issues diplomatically and there is perhaps a little bit more optimism about the likelihood of that working in Germany than there is elsewhere. But Chancellor Merkel has drawn the line, she understands Putin better than most leaders - and has done so from the very beginning - and I have no doubt that unless things change in Russia more pressure, including more economic pressure, will be forthcoming because Chancellor Merkel understands the importance of doing that.

How do you think this conflict will play out? Is a peaceful solution still possible, or is the genie of violence now out the bottle?

The genie of violence was out of the bottle when the Russian parliament voted to authorize the use of military force against Ukraine. I think the way this conflict ultimately is going to have to be played out is by a reversal of Russia, of its actions in Ukraine and in the Crimea. That is not likely to happen in the short term, but it is only when the real cost of its actions - economically and politically - become clear that it will have to reverse course.

As the situation in eastern Ukraine heats up, DW looks at what people on the ground - reporters and residents - are saying. With the help of social media platforms, DW's editors put together a picture of the crisis. (02.05.2014)

Chancellor Merkel is visiting Washington in dramatic times. But the Ukraine crisis is a chance to improve transatlantic ties after discord over the NSA scandal, says Wolfgang Ischinger in an interview with DW. (02.05.2014)