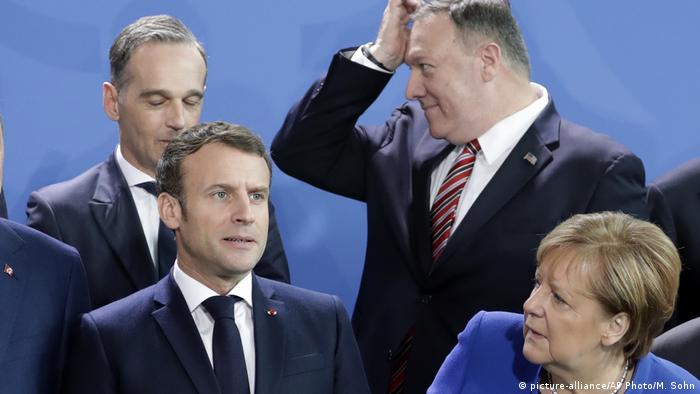 Tensions had been simmering for a long time, and now they have come to the fore: At the Munich Security Conference, the deep cracks in the trans-Atlantic relationship have become more apparent than ever. US Secretary of State Mike Pompeo's reply to German President Frank-Walter Steinmeier's opening speech showed that Europe — or at least Berlin, and even more so Paris — is further away from Washington than ever.

The US delegation, surprisingly large for an election year, made every effort to close the gap between the two sides — but its approach was clearly at odds with President Donald Trump's administration. The US Congress and government does agree on something, though: That China is the new enemy. Hopefully in the face of this threat, the Europeans and Americans might once more find common ground.

There was hardly any meeting, panel or speech in which the US did not address the upcoming 5G rollout, with repeated warnings about the involvement of Chinese communications supplier Huawei. For all their justified concerns, the constant finger pointing only served to cement resistance.

One thing is certain: There will be no return to the heyday of close trans-Atlantic ties. Rhetorically, at least, the Europeans have been shaken awake from that dream. There is much talk of Europe becoming a sovereign, strategic, political power. There are demands that Germany once again learns the language of power, which French President Emmanuel Macron has already seemed to master.

With regard to future trans-Atlantic relations, three positions have emerged. Firstly, the French vision of European independence. Secondly, the prevailing position — especially in Eastern Europe — that one should be closely connected to Washington, no matter what. And thirdly, Germany's indecision between these positions. However, one can predict with some certainty that if Donald Trump wins a second term in the White House in November, the French vision will get a massive shot in the arm — including from Berlin.

The highlight of the conference was perhaps the appearance of French President Emmanuel Macron. The French president brings incredible dynamism to the European debate. He fights for European independence. He wants a common foreign and defense policy. And if that does not work for all 27 remaining EU members after Brexit, then Paris would be happy to work with those that do support the idea repeatedly advocated at the conference: to create a Europe capable of action in the face of the "rivalry of the great powers."

Macron has come to the opinion that ambitions alone are not enough in this new world. Skills are also required. Reaction to this conclusion of Macron's from the German delegation was broadly approving — but it remains to be seen whether that approval is reflected in action.