For almost a year, New Delhi has been trying to pacify angry protesters in Kashmir. DW's Shamil Shams says an intolerant India under PM Modi's leadership cannot bring the disgruntled Kashmiri youth under its fold. 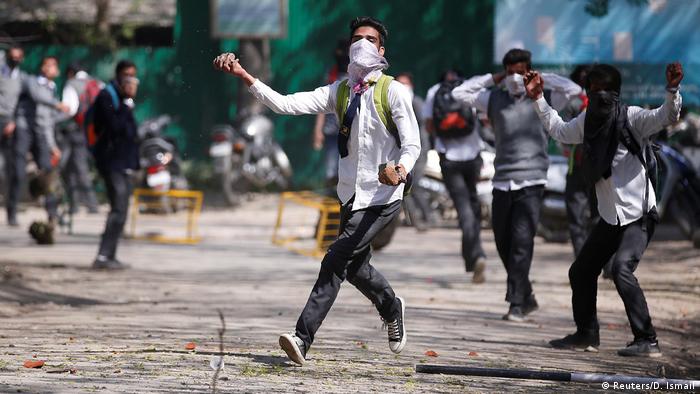 Since July last year, Indian authorities have been trying to quell unrest in the Kashmir valley. They have used their military force, the state government has used the available political means to pacify the angry youth, and they have also employed the usual narrative that Pakistan is behind the violence. But nothing has worked so far.

The unrest, which started with the last year's killing of Burhan Wani, a young Kashmiri separatist leader, has not only sustained but also been spiking by the day. This has left many Indians perplexed as to what is driving this new anti-India movement in Kashmir.

In the past, particularly in the 1990s, Indian authorities seemed to have a grip on the Kashmiri insurgency. The Pakistani involvement in the Kashmir conflict made the task easier for New Delhi. Many Kashmir observers agree that Islamabad "hijacked" the secular, nationalistic Kashmiri movement in the late 1980s and transformed it into a religious conflict by providing diplomatic as well as military aid to separatists.

Also, there was no advanced social and citizens' media at the time which could highlight the Indian army's human rights abuses globally. One of the reasons why India banned Wednesday the social media websites in its portion of Kashmir is that the circulation of videos showing Indian troops using brutal force against anti-India protesters has caused uproar in the international community.

But the main reason behind India's failure to bring calm to the valley is the incumbent Indian government's politics on the mainland. The issue, therefore, is more external to Kashmir than what many commentators believe.

In the past, India could boast of its secular and pluralistic credentials and present them as an example to not only Kashmir but the entire South Asian region. While the minorities suffered in Pakistan, Indian Muslims, to a great extent, continued to flourish, reaping the benefits of an inclusive democratic system. Since the Hindu nationalist politician Narendra Modi came to power in 2014, communalism has tarnished that image. 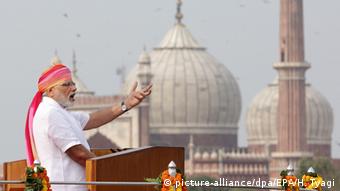 The incumbent Indian government's policies have been criticized by secular and liberal groups as divisive and against the interests of minorities. Severe punishments for slaughtering cows, vigilantism by extremist Hindu groups, attacks on ethnic and religious minorities as well as foreigners are just few examples of widespread rights abuses. Muslims in India feel more insecure than ever under PM Modi's government. India's international image, despite its rapidly growing economy, has been dented.

Kashmir's youth are not ready to look up to New Delhi. Not only have they experienced the brutality of India's military might in their surroundings, they are more aware than ever about India's rights violations in other parts of the country - thanks to the information technology.

Many Indians fear that Kashmir is drifting away from New Delhi. They suggest that the Indian government should cease using military force against Kashmiri protesters and find ways to bring the state's population into mainstream politics and economy. But here is the problem: the mainstream Indian politics and economy are more exclusive than ever, not only for Kashmiris but for most Indians.

The new anti-India Kashmiri movement might receive support from Pakistan but it is largely indigenous. The use of force won't quell unrest in India-administered Kashmir, it will only aggravate it. The solution to the Kashmir conflict is definitely political but not the one that PM Modi's Bharatiya Janata Party's state and central governments are offering.

Only an inclusive, secular and tolerant government in New Delhi can bridge the increasing gulf between India and Kashmir. It has to set an example for all of India, including Kashmir. It will be a long process that requires patience from all sides.