EP President Martin Schulz said that the newly elected Polish government's assumption of power resembles a coup. The EU looked the other way in a similar situation in Hungary, now it has to act, says Barbara Wesel. 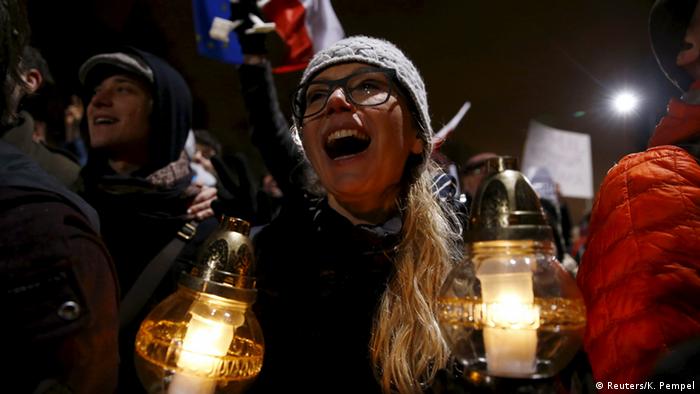 The EU has a problem with Poland. It has it because it previously had one with Hungary. There, Viktor Orban, schooled in the old tactics of power-grabbing in the tradition of his Communist forefathers, demonstrated just how a right-wing populist can take control of a country.

First you quench the opposition, then the media is brought around (or, if need be, silenced), and then all the country's institutions are handed over to cronies. In the end, it becomes very difficult to oppose the government. It so entrenches itself in power that it is almost impossible to break its grip. Yet the European Union watched as this happened in Budapest. It winced and then proceeded to do nothing. The question of how the EU could accept Hungary's undemocratic media laws was discussed, but in the end, Orban was left to his own devices. That was a mistake, and now we are seeing the same thing happen in neighboring Poland. 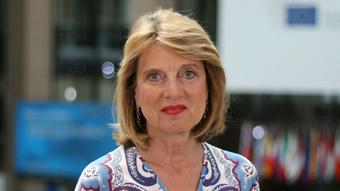 Jaroslaw Kaczynski - prime minister alongside his brother Lech as president - was a disaster the first time he headed the Polish government, infuriating Brussels with his egocentric brinksmanship. The EU chose to overlook the problem at the time for political reasons. Kaczynski, the éminence grise of his right-wing populist Law and Justice party (PiS), has learned much since then, and this time he seems determined not to give up the reins of power. Orban's example in Hungary has shown him that such behavior goes unpunished.

Luxembourg Foreign Minister Jean Asselborn, currently head of the EU Ministerial Council, had clear words on the subject. He pointed out that Article 2 of the EU Treaty obliges member states to uphold, among other things, democracy and the rule of law. By necessity, this includes the separation of powers. And if a government should grossly violate that article, as is currently the case with Warsaw's unconstitutional appointment of the country's supreme court judges, then they must be summoned to Brussels to be reminded of that fact. This is not a Polish issue, this is a European Union issue.

Poland is the largest net beneficiary of EU subsidies in Europe. But Warsaw is mistaken if it only sees Europe as its cash machine. Brussels dictates responsibilities as well. If Jaroslaw Kaczynski thinks he can simply ignore the club rules, then he needs to be taught otherwise. Unfortunately there are very few ways to impose financial sanctions in the EU, but perhaps one might find all kinds of mistakes in future Polish project proposals…a crude nail like the PiS party boss calls for a crude hammer.

Now Kaczynski has taken to proclaiming that since his party took power, "real Poles" are once again running the country. Such slogans are an alarm signal: Extreme nationalism and marginalizing dissenters show the true character of the governing party. Last weekend he denounced those who took to the streets to protest his party's policies as thieves. But the true thief is Jaroslaw Kaczynski - he is stealing Poland's democracy. The European Union should help Poles protect it.

In the European Union, which was founded upon ideals of democracy and inclusion, more and more young people are turning to far-right parties that lure them in with simple messages. Some experts see democracy in danger. (14.12.2015)

Supporters of Poland's ruling conservative party have marched in large numbers through the streets of Warsaw. The rallies come amid a constitutional crisis over the government's appointment of five influential judges. (13.12.2015)

Armenia accuses Azerbaijan of encroaching on its territory 1h ago