Young people vote far-right in Europe | Europe | News and current affairs from around the continent | DW | 14.12.2015

In the European Union, which was founded upon ideals of democracy and inclusion, more and more young people are turning to far-right parties that lure them in with simple messages. Some experts see democracy in danger. 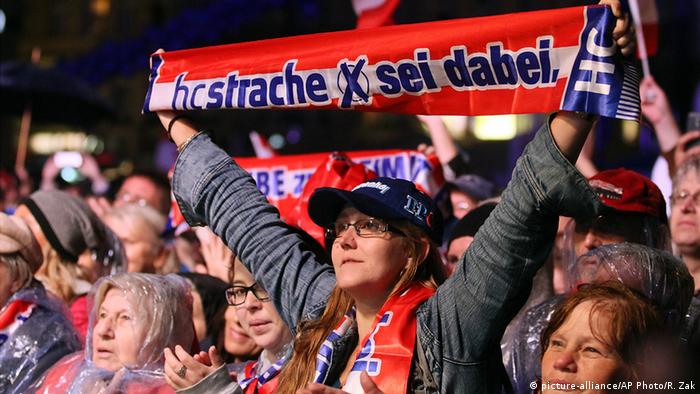 The National Front in France and the Freedom Party of Austria (FPÖ) are just two examples of far-right nationalist parties that are currently receiving an upsurge in support in European Union member states - and they're especially popular with younger voters. Even though the National Front didn't win any regions in the second round of France's regional elections, it managed to pick up 35 percent of votes from 18-to-34-year-olds in the first round. And in state parliamentary elections in Austria's Vienna district, the FPÖ picked up 24 percent of the vote among under-30-year-olds.

In countries such as the Netherlands, Denmark and Poland, far-right parties are gaining traction among young voters as well. One reason: the longing for a national identity inside the European Union. 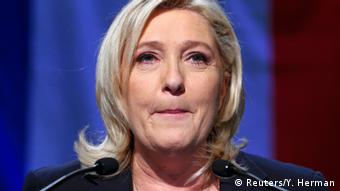 The far-right parties "place great emphasis on the issue of identity," Jan-Phillip Albrecht, a member of the European Parliament for the Green Party, told German daily "Die Welt." "And that's something that young people are always looking for."

In Austria, support for the FPÖ does not come from all young voters, but from one group in particular: young men, many with low levels of education. Party leader Heinz-Christian Strache tries to appeal to this demographic by presenting himself as cool and down-to-earth.

He doesn't wear suits, but jeans and sunglasses, and he even filmed a music video with rapper MC Blue as an ad for the Vienna regional elections in October. In it, young people chant "HC, HC," Strache's nickname, over an amped-up version of the famous Strauss waltz "The Blue Danube."

Although this seems odd at first, it fits perfectly with the explanation the Democracy Centre Vienna has for the FPÖ's success with parts of the younger generation.

"They campaign aggressively, but their party program doesn't play much of a role," Gertraud Diendorfer, head of the Democracy Centre Vienna, told DW. "They have clear and very simple messages."

She puts the preponderance of male support for the party largely down to the dearth of female FPÖ politicians.

One central message is the idea of "us and them," which is becoming ever more popular, especially in countries that are feeling the heat of the refugee crisis. One of them is Austria, through which the thousands of refugees wanting to reach Germany via the Balkan route pass - and sometimes stay.

Many young men with low levels of education are worried that these refugees will take away their low-skilled jobs, which is why they move toward the FPÖ, Diendorfer explains. And the FPÖ knows exactly how to catch them.

"They go to the discos at night and talk to people there," Diendorfer said. "Their rhetoric is full of black-and-white: the foreigners are freeloaders, different and worth less than the 'we-group.'"

That has worked well for other politicians as well. Hungary's Prime Minister Victor Orban has erected a wall against the refugees and asked his citizens in a national poll whether refugees should be deported, locked up or sentenced to forced labor when they enter the country illegally.

In Germany, too, the mood has been growing more hostile towards refugees, the more that arrive, as the sadly high number of burning refugee homes shows. But the far-right German National-Democratic Party (NPD) is not as successful as nationalist parties in other European countries. It currently holds seats in only one of the country's 16 state parliaments: in Mecklenburg-Western Pomerania, where it garnered 6 percent in the state elections in 2011. 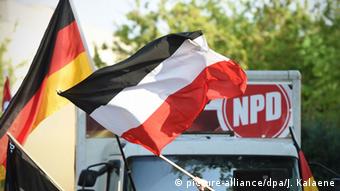 The NPD is looking for new ways to attract new voters

Rudolf van Hüllen, a political researcher and expert on right-wing extremism, believes that young people in Germany don't fall for the NPD in droves, because the country does a good job educating them about the horrors of the last time a far-right regime was in power during the Third Reich. Starting prevention early, he says, is key.

"That's what makes youth and young adults less susceptible to any form of extremism: right-wing, left-wing and Islamism," van Hüllen told daily "Die Welt." "I see encouraging success there. It's a strong and self-confident generation that's growing up today."

Still, the NPD is also aiming to garner more support among young people by shedding its skinhead neo-Nazi style.

Society needs to intervene in places where nationalist parties are gaining more ground among young people, Gertraud Diendorfer says. The head of the Democracy Centre Vienna emphasizes that parties like the FPÖ and its equivalents should not be left alone to spread their rhetoric among young people.

Instead, other politicians need to approach youth and young adults who feel the established parties have nothing to offer them. If this chasm between disenchanted young voters and democratic parties cannot be bridged, it could have serious consequences for Europe, according to Diendorfer.

"We have to take this phenomenon in Europe very seriously," she said. "More and more xenophobia and prejudices and a growing distance between young voters and politicians constitute dangers for democracy and for an open-minded, liberal society."

France’s mainstream parties beat back a surging far right, whose support nonetheless rose to historic highs in Sunday's regional elections, as it proved a force to be reckoned with. Elizabeth Bryant reports from Paris. (14.12.2015)

The right-leaning bloc has defeated the ruling leftists in the Danish general elections. The results showed overwhelming gains for the hard right Danish People's Party. (19.06.2015)