The ruling to block the extradition of the WikiLeaks founder to the United States is good news for Julian Assange. However, it does not go far enough in terms of protecting press freedom, DW's Matthias von Hein writes. 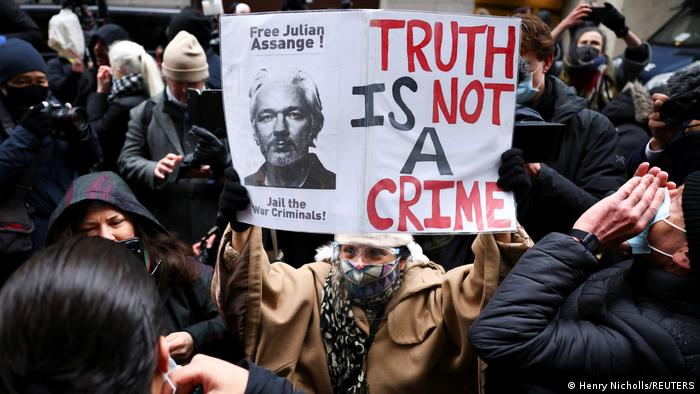 Following a trial that was extremely unfair in many respects, District Judge Vanessa Baraitser has ruled against allowing Britain to extradite WikiLeaks founder Julian Assange to the United States. Many observers had assumed that Britain's judiciary would sacrifice its independence, the rights of Assange and press freedom on behalf of the country's "special relationship" with the United States. After all, the courts had hampered Assange's defense at every turn. It is a cause for celebration that this British court did not give in — but it is not a cause for relief.

Baraitser did not go to bat for investigative journalism. She merely accepted the argument that Assange would likely face harsh conditions in detention in the United States and could go on to commit suicide under those circumstances.

The judge expressly contradicted the defense, who argued that Assange was being persecuted because of his journalistic activities, that his exposing of US war crimes and other wrongdoings was in the public interest, and that the trial was politically motivated. In short, Baraitser agreed on almost all points with the arguments put forward by the US government. As a result, both Julian Assange and press freedom remain at risk.

In December US President Donald Trump pardoned four Blackwater private security contractors who had been convicted of war crimes for a massacre in Baghdad that left 14 unarmed civilians dead. The calls to respect much-vaunted American values and to pardon Assange for his role in exposing war crimes went unheeded.

The persecution of Assange has undermined the claims that Britain, the United States and the EU are the guardians of humanitarian values. This became abundantly clear in November, when a BBC correspondent confronted Azerbaijani President Ilham Aliyev with critical questions about restrictions on press freedoms. Aliyev fired back, saying the UK had no right to lecture other countries about human rights and press freedom given the way it had treated Assange.

So where do things go from here? The US government has already announced that it intends to appeal the ruling. It could be years before the case makes its way through the courts. Assange should not have to spend this time locked up in the high-security Belmarsh prison in London, which has been dubbed Britain's Guantanamo. After visiting the prison in 2019, UN Special Rapporteur for Torture Nils Melzer said Assange "showed all the symptoms typical for prolonged exposure to psychological torture." Assange has spent 19 months in the prison, over half of that time in solitary confinement there, though he has not been convicted of any crime.

The first step should be to finally release Assange into house arrest to await the conclusion of the appeals process. It is hard to understand why an investigative journalist should be detained under harsher conditions than a mass murderer. The Chilean dictator Augusto Pinochet, for example, was permitted to await his extradition proceedings in house arrest in a mansion in a private estate close to London.

And we must remember to keep up public pressure on the authorities after this latest decision. We owe it to Julian Assange and to press freedom.

Austrian ex-Chancellor Kurz to withdraw from politics 0m ago

COVID: Germany set to approve curbs on unvaccinated 33m ago

Newly discovered dinosaur had 'blades' on tail 2h ago