India is to be a unified nation, says Indian Prime Minister Narendra Modi. People in Kashmir are experiencing what that entails. The region is a tinderbox, also because of Modi's politics, writes journalist Peter Sturm. 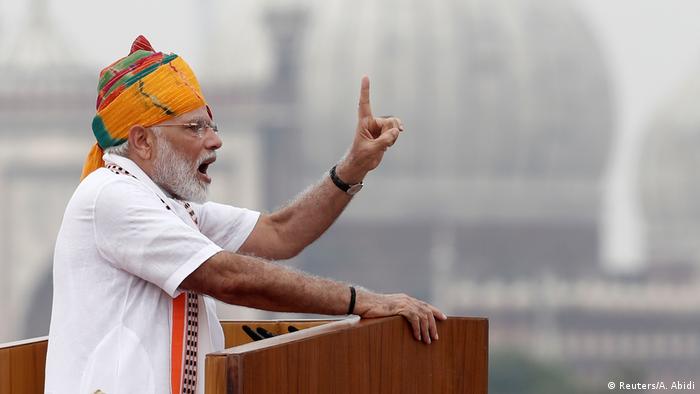 In his Independence Day speech, Prime Minister Narendra Modi was quick to blow his own horn: Within 70 days he succeeded in doing what no other government had been able to achieve in 70 years. Make no mistake — he got it done.

The only problem is that we do not know what exactly the Indian prime minister achieved. What he did manage was to cut off the Kashmir region from the rest of the world — in as far as that is logistically possible.

However, these measures would not have been necessary if his policies had been popular with the region's population. But the people in Kashmir are not as important to Modi as those in the rest of India.

Autonomy gone at the stroke of a pen

On Indian Independence Day, Modi spoke of India finally becoming "one nation" with "one constitution." Language such as this sounds somehow threatening in such a diverse country. What exactly does Modi have in mind?

In Kashmir, people are just getting a taste of what it means to live in Modi's "nation."

They have lost their autonomy at the stroke of a pen. Despite Delhi's promises of prosperity and a golden future, who could blame Muslims if they now feel discriminated against? 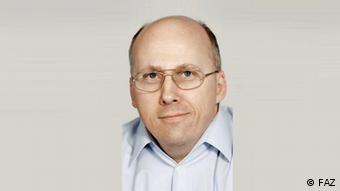 However, one should not idealize the past. Even decades of autonomy have not brought peace to Kashmir. However, a strong message has been sent to the Muslim population: Unity will be achieved through force.

There is every reason to fear that the dream of Modi and Hindu nationalists will claim many lives. Pakistan, the other player in the Kashmir conflict, is outraged by Modi's coup but until now, Prime Minister Imran Khan has shown verbal restraint. He knows his country cannot match its neighbor's military might. Having said that, when he conjures up an ominous threat of a "reaction" from the Muslim world, his words are not untrue. At the same time, it is clearly a precautionary attempt to exonerate himself, Pakistan, and its intelligence services from any responsibility for further potential terrorist attacks and bloodshed.

China on Pakistan's side

The only realistic opportunity for Pakistan to influence the course of events is to make the issue a priority on the international agenda.

China backs Pakistan, whereas India sees it as a domestic issue. In his speech on Thursday, Modi did not mention neighbor Pakistan once.

However, his silence will do nothing towards bringing about a real prospect of peace to the region — neither will his verbose vanity.

Hurricane Ian knocks out power in Cuba, Florida braces for impact 2h ago