Opinion: In cozying up to Orban, Suu Kyi falls even further from grace

Myanmar's Aung San Suu Kyi and Hungary's Viktor Orban have discussed their mutual fear of Muslims. In doing so, the Burmese leader has again shown she has lost the moral standing she once enjoyed, says Verena Hölzl. 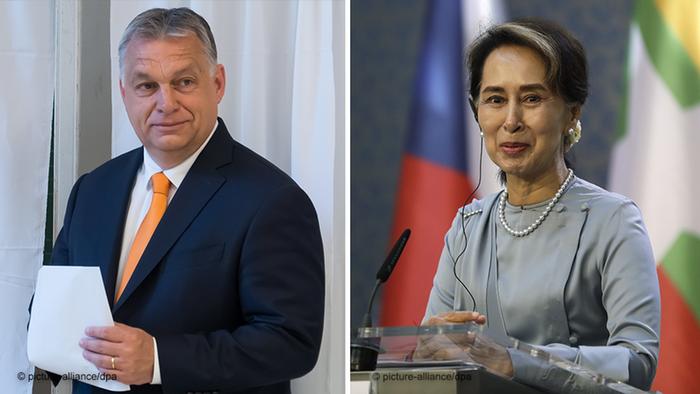 It's not how the West imagined it. For years, the West supported Myanmar as it was evolving from a military dictatorship into a democracy — only to watch the country's figurehead for freedom, State Counselor Aung San Suu Kyi, turn into a right-wing populist sympathizer.

Last week, the Nobel Peace Prize laureate flew to Europe. While there she did not meet French President Emmanuel Macron or German Chancellor Angela Merkel, but rather Hungary's divisive, right-wing populist leader, Prime Minister Viktor Orban, who is notorious for his anti-immigrant rhetoric.

The meeting, which was a harmonious affair, represents a major affront to the West, which is nevertheless at pains to maintain some sort of diplomatic relationship with Myanmar. Two years ago, the West was appalled at the Myanmar military's ethnic cleansing campaign against the country's Muslim Rohingya minority.

By meeting with Orban, Suu Kyi made it abundantly clear that she cares very little about Western values and diplomatic niceties. Afterward, Orban issued an Islamophobic statement saying that the two leaders believed that immigration, and both countries' growing Muslim populations, posed a serious challenge. 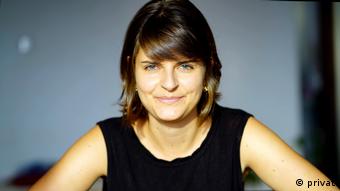 Yet it's downright absurd for Suu Kyi to make such a claim. Myanmar's Muslim population is not growing. In fact, Myanmar's military drove nearly 1 million Rohingya out of the country, forcing them to flee to neighboring Bangladesh. The United Nations later described the expulsions as an act of ethnic cleansing.

Within Myanmar, however, the military's propaganda apparatus has been making people believe that the country's Muslim minority are in fact illegal immigrants of Bangladeshi origin — even though they were once ordinary Burmese citizens.

Today, there can be no doubt — even for those still giving her the benefit of the doubt — about Suu Kyi's true beliefs. She stands by Myanmar's murderous military, and apparently also by Europe's right-wing populists, who scorn human rights. Not because she is forced to, but because she wants it that way.

Following the clampdown against the Rohingya minority, the EU has threatened to stop Myanmar's trading privileges. And Hungary will not be able to persuade the bloc otherwise. After all, Suu Kyi now appears to be on the same page as the military, with which she co-governs the country. She should not have called on the military, which the International Criminal Court may accuse of war crimes, to go after Rakhine minority insurgents. Nor should she have reprimanded critics at the World Economic Forum for bringing up the jailing of two Reuters reporters, who had exposed the massacre of 10 Rohingya men.

Suu Kyi has been taking flak from the West for a while now, and understandably yearns for the support she once received. It is tragic she apparently seeks to compensate for this by cozying up to Europe's far right.

Before meeting Orban last week, Suu Kyi had visited the Czech Republic. In a bizarre move, Prime Minister Andrej Babis praised her commitment to human rights. Meanwhile, legal experts are debating whether her refusal to denounce the human rights violations on the Rohingya implicates her in the ethnic cleansing.

Recently, a young activist told me: "Aung San Suu Kyi has lost her moral standing." The young man, who founded a campaign to foster unity among Buddhists and Muslims by distributing white roses during the holy month of Ramadan, told me the West should focus on his generation. Because, as he said, "we're the only hope."

Myanmar's democracy is letting down a young generation

Young people in Myanmar were enamored by the promise of democracy when Suu Kyi took power. Now they wonder if there is any hope for the future, as dissenters are thrown in jail and the military calls the shots. (30.05.2019)

More than 700,000 Rohingya refugees are currently struggling with day-to-day survival at camps on the Bangladesh-Myanmar border. Their much-discussed repatriation is not possible at the moment, but what will 2019 bring? (29.12.2018)

Coronavirus digest: US government contractors 'must be vaccinated by December 8' 2m ago

Canada: Bishops apologize for abuse of Indigenous children 6h ago

Opinion: Angela Merkel has left the CDU in tatters 3h ago