Rohingya refugees left stranded in repatriation purgatory | Asia| An in-depth look at news from across the continent | DW | 29.12.2018

More than 700,000 Rohingya refugees are currently struggling with day-to-day survival at camps on the Bangladesh-Myanmar border. Their much-discussed repatriation is not possible at the moment, but what will 2019 bring? 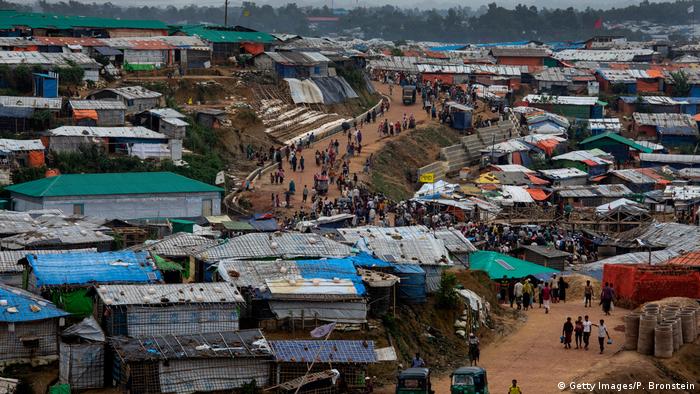 According to the UN refugee aid organization UNHCR, some 700,000 Rohingya fled across the border into Bangladesh as a result. There they joined some 300,000 Rohingya that had fled to Bangladesh prior to that, some even decades before. The new arrivals spoke of atrocities: displacement, murder and rape. The UN called it "ethnic cleansing." Myanmar's government has denied the accusations to this day. An independent investigation of the area with all sides participating has yet to take place.

Read more: Rohingya in Myanmar — What you need to know Arabic teacher Moulovi Abdul Mannan says he's thankful Bangladesh took him in, but he hopes to be able to return to Myanmar: 'We don't want to live here forever'

Most refugees have been in the camps for at least a year and are trying their best to organize their lives. Jennifer Bose, whose aid organization Care International tends to some 11,000 refugees each day in the Kutupalong refugee camp, tells Deutsche Welle: "The situation is not quite as chaotic as it was in early 2018, but it's still catastrophic. The people still lack everything. It remains an emergency aid situation." Aid organizations supply the bare necessities: Food, shelter, basic medical and psychological care. More is just not possible, as Bose says: "The sheer number of people overwhelms the capacity of most aid organizations."

Almost everything that is done in the camps has the air of a temporary measure, Bose stresses: "We have a transitional situation in which no one knows what will happen to the refugees and where they will end up."

That uncertainty is no coincidence. Rather, it is a result of the political dynamics that Francis Wade described in his book "The Enemy Within," which documents the anti-Muslim unrest that gripped Myanmar in 2012. Wade tells DW that the Rohingya are a stateless people, therefore no government feels responsible for their welfare. Secondly, Wade says they have fled to an already densely-populated area marked by poverty and a lack of resources. 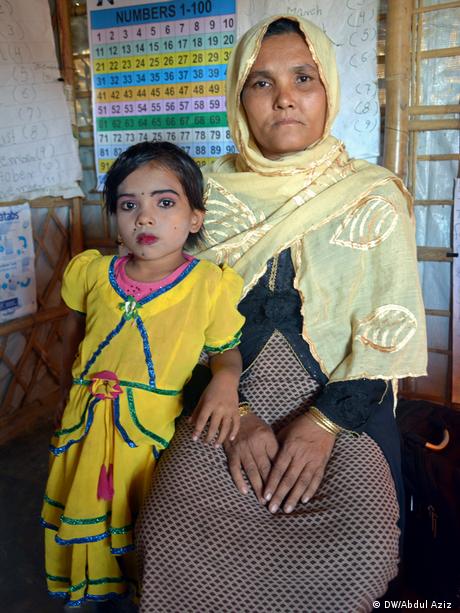 'I want to return to Myanmar, but only when they respect me,' says Gol Baher, whose family was killed by a Buddhist mob and the military

That is also why the government of Bangladesh has opted to house the Rohingya in camps, separated from the rest of the population. As Wade says, the provisional solution is being upheld because the government wants to avoid any integration: "Firstly, it wants to keep mass immigration from further inflaming already tense communal relations. Secondly, there is no data as to how quickly a million people can be integrated into society." Wade says the government is also justified in its fears of radicalization: "I can understand why the government is putting refugees in camps, but that isn't a long-term solution, because ultimately the people are imprisoned."

In this context one should mention ongoing talks of repatriation, even though no one with any understanding of the situation puts any faith in them. Many Rohingya refugees told DW they are in favor of returning, but only if granted citizenship and "if justice is served" — whatever that might mean. Still, Wade says the mood in Myanmar's northern Rakhine State is so toxic that a safe return is out of the question any time soon. "There have been no attempts by Myanmar's security services or any other political or religious authority to prevent future violence or deal with the underlying structural problems." Mohammad Taher plans to stay in Bangladesh for the long term: 'When we get justice, we'll return to Myanmar'

Thus, as Wade sees it there is no alternative: "Most likely the Rohingya will stay in Bangladesh. It would be best if the government would continue to house them, with help from international aid organizations and the UN, until a better solution can be found. I can't say when that day will come, I don't think anyone can."

Jennifer Bose of Care International also assumes the Rohingya will be dependent upon outside help for some time to come, and they will need it in Bangladesh: "It is a macabre game of ping-pong between the governments, not just in Bangladesh and Myanmar, but throughout the whole region."

Bose also points out that the situation requires structures be created to ensure some sort of basic employment or education opportunities. Yet, that seems unlikely with things as they are now. Therefore, the provisional situation will remain in place. That also means: "Every day without a school is another lost day for children in the camp."

Return of Rohingya to Myanmar stopped after mass protest