Did UN ′self-censorship′ aggravate Rohingya crisis in Myanmar? | Asia| An in-depth look at news from across the continent | DW | 21.09.2018

A report detailing massive human rights violations in Myanmar has pointed to UN negligence as a factor in allowing the Rohingya crisis in Rakhine State to escalate. 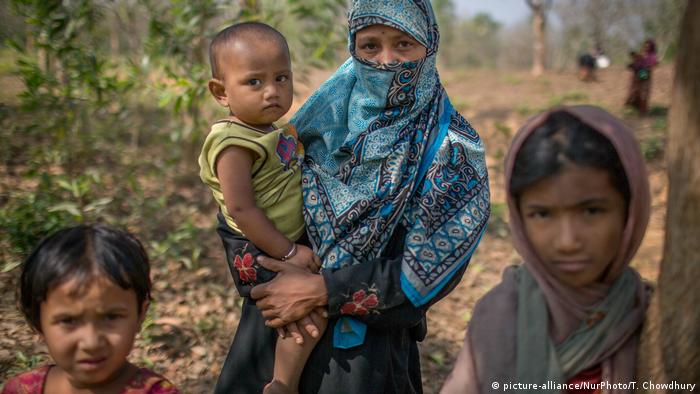 A report released earlier this week by an expert commission of a UN-sponsored independent international fact-finding mission on Myanmar, included disconcerting criticism of the UN's policy towards Myanmar's government and the UN's response to clear human rights violations.

The 440-page report, presented to the UN Human Rights Council in Geneva on Tuesday, outlined in detail widespread human rights violations carried out by Myanmar's military primarily against the Muslim-minority Rohingya.

The report recommended that top generals in Myanmar's military be prosecuted in an international criminal tribunal for war crimes, crimes against humanity and genocide. The investigation described details of mass rapes, child murder and executions where Rohingya were forced to dig their own graves.

The head of the fact-finding mission, Marzuki Darusman, told the council that "it was hard to fathom the level of brutality" and "total disregard for civilian life" in the operations carried out by Myanmar's military, officially called the "Tatmadaw." 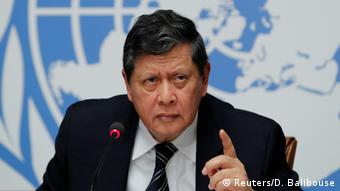 The report criticized the UN's leadership approach in Myanmar as a "quiet diplomacy" when raising human rights concerns with Myanmar's government, which included letters and meetings but failed to exert adequate pressure.

Instead, development goals and humanitarian access were prioritized. When officials in the UN system tried to push human rights concerns up on the agenda, they were reportedly "ignored, criticized, side-lined or blocked" in these efforts.

Additionally, human rights issues in Myanmar were delegated to "specialized entities" rather than a so-called "whole of UN," human rights-driven response mechanism.

The fact-finding mission referred to a July 2018 study that criticizes the UN for shifting responsibility for public advocacy on human rights in Myanmar to "externally based human rights mandate-holders" without "visibly supporting or backing them up," in a policy of "deeply ingrained and well-practiced habit of self-censorship."

"Leaving human rights to the specialized entities rather than addressing them collectively as the United Nations system, undermined the effectiveness of the United Nations in Myanmar," the fact-finding mission concluded, recommending that that the UN conduct an internal review over its approach to the crisis.

Liam Mahoney, a former UN advisor on Myanmar and a international development specialist, contends that the UN carries some responsibility for the extent of the catastrophe in Rakhine state, where most of the military operations took place.

In July 2018, Mahoney wrote that the UN's approach in Myanmar was to "maneuver within the confines and restraints the government imposed," while failing to publicize the abuses they witnessed.

"The UN and its partners have yet to break habits of polite compliance that were established earlier, even when the reality of complicity with ethnic cleansing is now so evident," Mahoney writes, emphasizing that the UN and international institutions are more focused on expanding their access and operations than pressuring for Rohingya rights.

"They failed to take advantage, instead falling into a trap in which an excessive fear of 'losing access' was used to justify all-embracing compliance with any government demands, no matter how unacceptable."

UN not welcome in Myanmar

The UN is also regularly criticized for avoiding use of the name "Rohingya," in line with Myanmar's official rejection of them as an ethnic group. They are referred to "Bengali" in Myanmar, to emphasize that they don't belong to Myanmar.

In October 2017, the UN's top official in Myanmar, Renata Lok-Dessalien, was recalled from her post at the height of the refugee crisis. She had been heavily criticized by UN colleagues for prioritizing good relations with Myanmar's government over human rights for persecuted minorities. The UN insisted her removal was unrelated to her performance and was part of normal staff rotation.

For all of its cautious dealing with Myanmar's government, the UN nevertheless remains a unwelcome presence in the country, considered a biased organization that sides with the Rohingya and wants to turn Myanmar back into a pariah state.

At the highpoint of the crisis in Rakhine state, international NGO workers reported being spit on in the street. At the time, locals expressed their dislike of the UN Secretary General with T-shirts reading "Ban Ki-moon? No! No! No!"

In July, after cookie packs from World Hunger Aid were found in a Rohingya insurgent camp, Myanmar's government accused the UN of working with terrorists.

When the UN fact-finding report was presented this week in Geneva, Myanmar's representative Kyaw Moe Tun said the UN report was "one-sided and flawed."

The expert commission denounced similar mistakes made by the UN in Sri Lanka in 2009, during a civil war. There the UN is said to have been intimidated by the government and did not react in time to human rights violations.

Afterwards, former UN Secretary General Ban Ki-moon launched the "Human Rights Up Front" initiative. This provides guidelines for all UN employees to place a priority on human rights, regardless if they are working in economic development or other humanitarian sectors. The mistakes made in Sri Lanka, shouldn't be repeated.

"The mission concerned that these events, particularly in Rakhine State, occurred with a large active international presence on the ground and – significantly – while the United Nations was rolling out its Human Rights Up Front Action Plan," the report said.