The US said the Myanmar army was complicit in "ethnic cleansing" and other human rights abuses against the Rohingya minority. But the Myanmar military's top brass have escaped sanction. 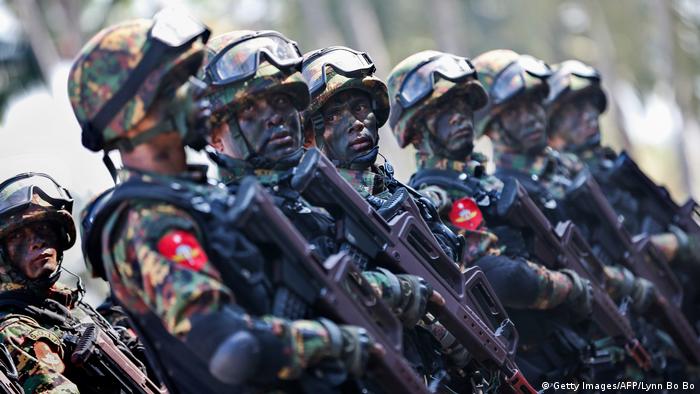 The US Treasury on Friday slapped sanctions on four Myanmar military and police commanders and two army units for involvement in "ethnic cleansing" and other human rights abuses against the country's Rohingya minority.

The sanctions are the toughest US action in response to Myanmar's crackdown on the Rohingya population. The Trump administration earlier imposed sanctions on the chief of Myanmar's western military command. But lawmakers and human rights activists pushed for more sanctions.

More than 700,000 Rohingya fled to neighboring Bangladesh to seek protection after an insurgent attack on security forces last August in the country's Rakhine state sparked off a brutal military counteroffensive.

The Rohingya, the vast majority of whom are Muslims, have been denied citizenship rights. They are viewed by local authorities as illegal immigrants from Bangladesh, although many have been living in the region for decades, if not centuries. Myanmar's Buddhist majority is often accused of subjecting them to discrimination and violence.

How far do the sanctions go?

The US sanctions come weeks after the European Union imposed sanctions on seven military, border guard and police officials in Myanmar over human rights violations.

"Treasury is sanctioning units and leaders overseeing this horrific behavior as part of a broader US government strategy to hold accountable those responsible for such wide-scale human suffering,” Mandelker said. 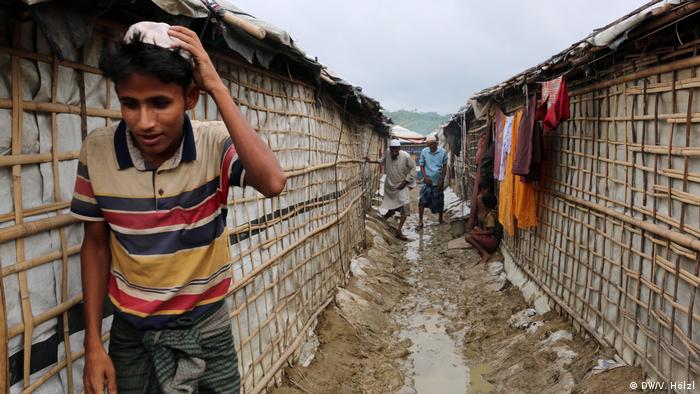 Monsoon rains have made conditions in the refugee camps even worse

The sanctions block all properties owned by the sanctioned individuals within US jurisdictions and prohibit US citizens from engaging in transactions with them.

The US, however, fell short of sanctioning the highest levels of the Myanmar military and calling the anti-Rohingya campaign crimes against humanity or genocide, which has been the subject of debate within the Trump administration.

An investigation by rights group Amnesty International found that Myanmar military's top brass was involved in the crackdown.

As Bangladesh fears it will be left alone with over 1 million Rohingya refugees, DW spoke with Minister of State Niels Annen from the German Foreign Ministry about how the international community can solve the crisis. (26.07.2018)