President Trump has consistently vilified the media at home and undermined press freedom abroad. While some of his actions can be reversed, DW's Michael Knigge thinks that the deeper damage may be hard to repair. 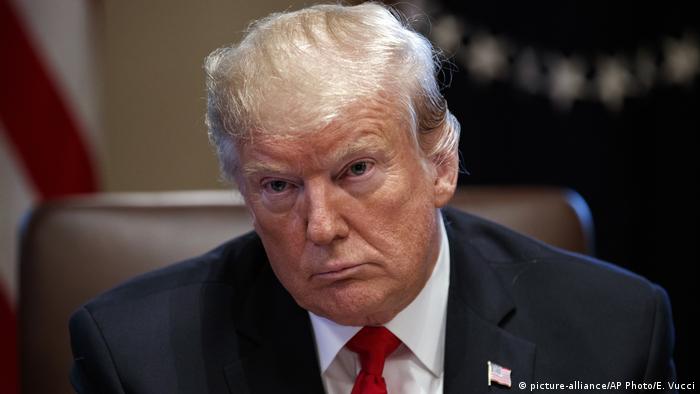 If one had to select a quote to sum up President Trump's relentless attack on the media in a single Twitter message, a presidential post from August 5, 2018 would be a good choice.

In the post, which was retweeted 31,000 and liked almost 120,000 times, Trump writes that "Fake News" hates him for calling them the "Enemy of the People only because they know it's TRUE."  He continues by arguing that he provides "a great service by explaining this to the American People" and ends by charging that the media "purposely cause great division & distrust. They can also cause War! They are very dangerous & sick!"

Trump's tweet, in a nutshell, combines some of his recurring lines of attack against the media. By labeling any journalistic content that is critical of him, "fake news" delegitimizes the press and the crucial institutional function it plays in a democracy to hold those in power accountable. By calling media professionals "the enemy of the people" and by claiming that their goal is to divide the populace, he accuses journalists of working against the interest of the citizens they actually serve. And by designating journalists as "very dangerous & sick," he stigmatizes them in a way that could be interpreted by some of his readers as a call to action.

The unprecedented vilification of the media by a sitting president has triggered sharp responses. In a coordinated move last year, more than 300 American newspapers published editorials taking issue with Trump's continued attacks on the media. Earlier this month, as part of its yearly report on democratic freedoms around the world, Michael Abramowitz, the president of Freedom House, took the unusual step to designate a special section  to "The Struggle Comes Home: Attacks on Democracy in the United States." In it he zeroes in on Trump's disdain for the press.

"Previous presidents have criticized the press - sometimes bitterly - but none with such relentless hostility for the institution itself. Trump alone has deployed slurs like "enemy of the people," flirted with the idea that the media are responsible for and perhaps deserving of violence, and defended his own routine falsehoods while accusing journalists of lying with malicious, even treasonous intent," wrote Abramowitz.

But Trump is not just attacking the media at home. While Trump administration officials like Vice President Mike Pence and Secretary of State Mike Pompeo have at times defended press freedoms abroad, their message is consistently being undercut by the words of President Trump and the conduct of his administration. 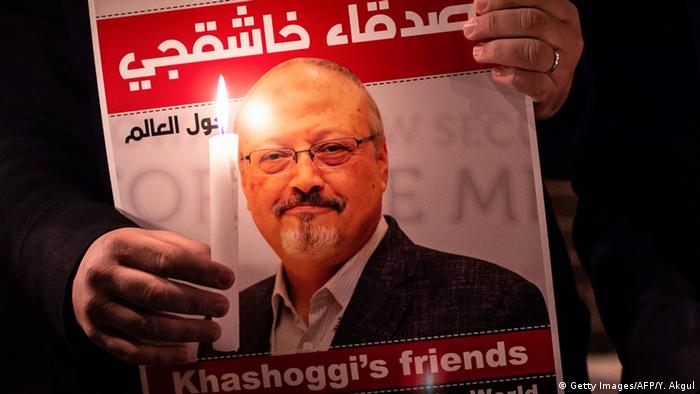 By refusing to take action on the murder of Jamal Khashoggi, Donald Trump has sent a signal about the US's new approach to press freedom

The most egregious example of the abdication of America's traditional role of defending press freedom abroad is the Trump's administration's unwillingness to hold Saudi Arabia accountable for the brutal killing of the Washington Post journalist Jamal Khashoggi inside the country's consulate in Istanbul.

In his public remarks on the case, the president made clear that maintaining good business ties with the Saudis trumps justice for the slain journalist who resided in Virginia. The Trump administration's cavalier attitude toward defending freedom of the press in a case as shocking and brazen as this murder is frightening. That it is also deliberate was evidenced by the refusal of the Trump administration to deliver a report on the killing as demanded by Congress.

Read more: Opinion: Freedom of the press — A pillar of every democracy

Some of President Trump's misguided decisions, like its reluctance to punish Saudi Arabia for the murder of Khashoggi, might be mitigated or corrected by a successor. But it will be much more difficult or even impossible to undo the deeper damage Trump's hostile rhetoric has instigated on the global attitude towards a free press.

Dream of any autocratic-minded leader

President Trump has finally managed to officially validate the deep-seated animosity towards what has been derisively called the MSM, or "mainstream media," by right-wing pundits. Worse than that, Trump and his advisors, like Kellyanne Conway of "alternative facts" fame, have consistently worked to undermine the very idea of fact-based journalism.

To be sure, they have not yet achieved the dream of an autocratic-minded leader there to neutralize legitimate criticism simply by labeling the messenger "Fake News." But by constantly sowing the seeds of doubt about the media and journalists, they certainly have made great stride towards this goal. After all, we are just halfway through Trump's term.

The worldwide trend toward fake news has gained significant momentum. Now European Union leaders are pushing back, but journalist Thomas Brey fears the bloc itself could still be under threat. (29.12.2018)

A transcript of an audio recording of Jamal Khashoggi's final moments has revealed details of the journalist's murder. The Saudi foreign minister has rejected demands to extradite two suspects connected to the death. (10.12.2018)