Opinion: Greens need to own missteps if they want to win

Green leader Annalena Baerbock, who wants to become Germany’s next chancellor, has been hit by a series of scandals. DW’s Jens Thurau writes that the party needs to acknowledge the mistakes are its own doing. 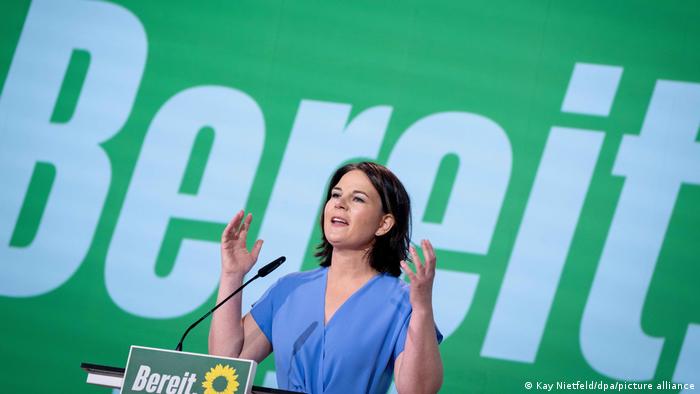 There are indications that this could be the end of Annalena Baerbock's dream of becoming Germany's first Green chancellor. A series of minor missteps, untruths, plagiarism and exaggerations by Baerbock have added up to the enduring image of a candidate who lacks credibility.

Individually, each of the scandals is excusable — especially as none of them has much to do with Green politics. But the sheer volume makes a difference. It's hard to imagine how the candidate and her party will repair the damage in the few weeks left until the federal election at the end of September.

It was one fumble after the other. First, Baerbock made false statements in her resume published online about her academic career and her memberships in renowned organizations.

The mistakes were always minor, but they always ended up serving the same purpose: making Baerbock seem like a better candidate and more successful person than she really is. What she has achieved by the age of 40 is impressive enough. Baerbock studied in London, served in the Bundestag, was the Greens' state chairwoman in Brandenburg and is now the party leader. It is hard to imagine why she felt the need to pad her CV. But, at least, Baerbock has admitted the mistakes.

Baerbock's book, Jetzt: Wie wir unser Land erneuern (Now: How We Renew Our Country), offers an account of her political experiences and views in the many positions that she has held. It's not a scholarly work which means she doesn't have to cite her sources. Mostly, politicians publish such books, not so much in the belief that people actually read the work, but to stay in the public discourse and limelight.

In too many parts of the book, it appears that Baerbock simply copied from others. The same picture emerges as with her resume: It's the presentation and not the substance that seems to be in the foreground.

The Greens have become increasingly defensive. The party has even hired lawyers to fight the accusations of plagiarism. In doing so, the party is reinforcing the ongoing hysteria in the debate about the candidate's missteps. And now the party is touting its leadership duo consisting of Baerbock and co-chair Robert Habeck. 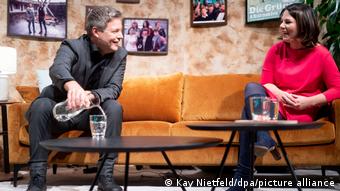 This effort points to what was perhaps the Greens' decisive mistake — which would have also led the way to the other scandals: When the Greens picked Baerbock as their candidate for chancellor in spring, they were at 27% in the polls.

They should have known that this election year could have heralded a new era for the former protest party. From then on, there was no longer a collective, but a woman at the top, a No. 1. People expected not so much political positions from her, but rather a sense of whether the country could be entrusted to this woman.

Many Germans had thought Baerbock could pull it off. Many others didn't, especially in male-dominated business circles where there are strong fears about the 40-year-old Baerbock from Potsdam who is seen as young and inexperienced in governance.

The Greens should have foreseen this. They should have checked the publicly available information about the candidate for the many errors. They should have prevented Baerbock's hastily cobbled together book from being published. And they should have known, especially,  that Germany's biggest tabloid, Bild, would latch on to and devour Baerbock. But the Greens seem surprised by the events. And now they find themselves in a situation in which there is hardly any talk about Green ideas and policies.

Genuine political issues have hardly come up in the 2021 campaign. Even Chancellor Angela Merkel's Christian Democratic Party makes no mention in its election platform of issues such as Merkel's greatest challenges, the pandemic, the refugee crisis, the nuclear phase-out or the financial crisis. Germans simply want to know that the person seeking to be chancellor can be trusted to govern the country.

It is not too late for the Greens to pick up the pieces. Transferring the candidacy to co-chair Robert Habeck, as some media are calling for, is nonsense. The Greens as a party would hardly survive that.

The way things stand, the Greens may not win in September, but they may still get enough votes to play a role in the formation of the government. That would require the Greens — and their top candidate — to recognize that the latest mistakes are primarily of their own making. They need to say that publicly. Then there will still be enough people in Germany who are willing to vote for a young woman with fresh ideas.

This article has been translated from the German.

Bosnian Serbs demand their own army, leader says 3h ago