Opinion: Get out of Incirlik!

It was supposed to be a final attempt at an agreement over Germany's military deployment in Turkey. Instead Foreign Minister Gabriel has been given a rebuff. This must have political consequences, writes Sabine Kinkartz. 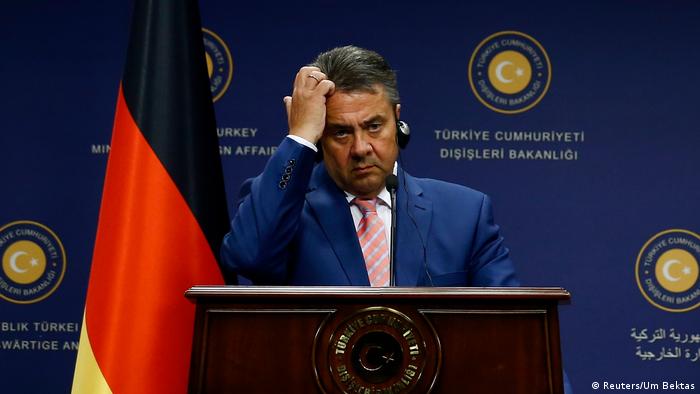 According to an old saying, hope is the last thing we lose. But did anyone seriously believe that Foreign Minister Sigmar Gabriel could perform miracles by personally showing up in Ankara? Turkish President Recep Tayyip Erdogan would not dream of giving in. For what feels like an eternity, he has been jerking the German government's rope. As such, the situation regarding the 260 German soldiers stationed on the military airbase at Incirlik was a welcome bargaining chip. Door open, door shut - things are done according to how Erdogan feels. After all, he has the power in Turkey.

If Germany doesn't toe the line, the door will stay shut. Asylum for Turkish officers? That is out of the question. Just like the German government's resolution to recognize the Armenian genocide under the Ottoman Empire. It is well known that for decades, Ankara has refused to identify the mass murder of Armenians as genocide. So the door in Incirlik was closed. It was only after the federal government distanced itself from the Armenian resolution that representatives were allowed to travel to Incirlik again and visit the German soldiers.

This is blackmail. The federal government has been closing its eyes to this for far too long. Yes, from a German perspective it is a difficult political situation. It is fundamental to German foreign policy to always keep talks going. Channels should stay open, compromise facilitated, and the best should always be made of the situation. This is basically right. But at some point, there has to be an end. If you want to come across as credible, or remain so, you have to be able to say "No" and not always just "No but..." This is what the government - and above all Chancellor Angela Merkel - has done for far too long. It is not wrong to ask for something but you should not become a long-term supplicant. The center-left Social Democratic Party (SPD) has recognized this. Among Merkel's conservative Christian Democrats (CDU), some are still hesitating. This is wrong. 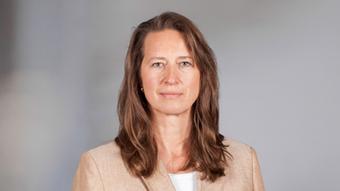 Yes, the withdrawal of German troops from Incirlik will further strain the already-broken relationship between Germany and Turkey. Although one wonders in which way relations could possibly get worse. Yes, we can expect that Erdogan will try to find a new bargaining chip after the German troops withdraw from Incirlik. There are German soldiers stationed at the Turkish NATO base in Konya, for instance.

What is going to happen to Deniz Yucel, the German-Turkish journalist from Die Welt newspaper who has been in pre-trial detention since February, accused of terrorism. Undoubtedly, another threat to withdraw from the refugee agreement with the EU will come from Ankara.

Germany is going to have to live with the fact that politicians like Erdogan only pursue self-serving goals and would rather act without considering the consequences than take a step back. Dictators speak a different political language than democratically elected leaders. It is a tough language that requires, if not an equally tough response, then at least one that is consistent. In the case of Incirlik, this means that Germany must pull its soldiers out. There is an alternative being offered by Jordan. What is Berlin waiting for?