Deutsche and Commerzbank have confirmed they'll hold open-ended talks on a possible merger of Germany's two largest lenders. DW business editor Henrik Böhme hopes there can be only one result after these talks. 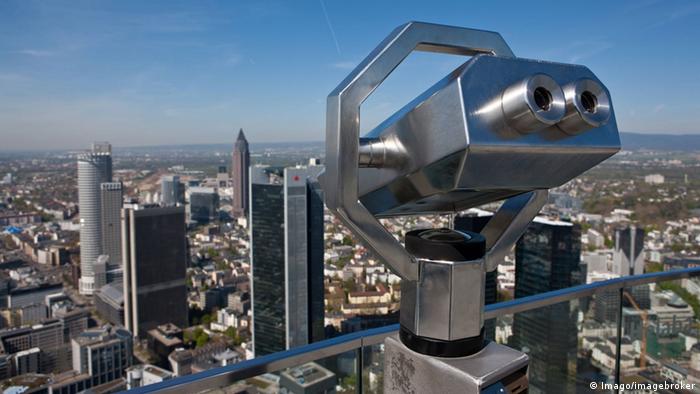 Apparently, there's a virus going round in Berlin's government quarter; one that makes its victims embrace the creation of "national economic champions." The latest casualty on the policymakers' agenda is Deutsche Bank.

The Frankfurt-based lender, which once upon a time was a giant German bank with a good reputation globally, has been picked to be turned into a champion again. German Finance Minister Olaf Scholz wants it to merge with the country's second-largest lender, Commerzbank.

Rumors have been swirling for weeks, and now there's certainty that the two banks have been talking about a possible merger for quite a while. Official merger talks were confirmed on Sunday, with the protagonists already hinting at whether a tie-up would be good or not. The whole thing smacks of amateurism.

If the two banks in question really ever had the desire to merge, they would have prepared such a move without anyone getting wind of it. They would have communicated via encrypted emails, would have given the project a code name known to a only a handful of people involved in the process and would have informed the public only when something concrete had emerged in line with stock market regulations.

But with policymakers ratcheting up the pressure, the two banks had to say something on Sunday. Both did so in the shortest possible form — Commerzbank's statement was just one sentence long, Deutsche's was made up of four short sentences. At least, Deutsche Bank CEO Christian Sewing sent a letter round to employees. But it's clear from every line just how little Sewing wants a merger.

He said one had to deal with opportunities when they arise. But is Commerzbank an opportunity? Sewing spoke of open-ended talks, adding in the same breath that there can be no guarantee that such a transaction might come about. That's probably a sentence that was written specially for the German finance minister, who apparently wants this merger no matter what.

But what's Scholz really up to, the Social Democrat politician who's also deputy chancellor? The state still has a 15 percent stake in Commerzbank, a reminder of the times when the lender had to be bailed out by the taxpayer during the global financial crisis. It had to be rescued, because shortly before the crisis hit, Commerzbank had bought Dresdner Bank for €9 billion ($10.2 billion).

After the financial crisis, policymakers everywhere (not just in Germany) had promised that taxpayers would never again have to foot the bill for a bank's failure. Italy has kept bailing out its failing banks nonetheless. Should we really see a kind of "Deutsche Commerzbank," the state would still keep a 5 percent stake in the new entity, which could easily be construed as a guarantee of existence.

The new banking behemoth — it would be No.2 in Europe after BNP Paribas — would be too big to fail considering its balance sheet total and would have to be rescued by the state again in times of trouble.

Does it all make sense?

So far, no one's come up with a plausible explanation why such a merger would make any sense at all. Having the second-largest balance sheet total in Europe on paper isn't worth much as the picture is far less rosy with regard to stock market value.

Both banks have overlapping business segments, particularly when it comes to providing loans for small and medium-sized enterprises. SMEs are concerned and want to have a direct partner to sort out financing issues. And that partner could temporarily not be available after a merger that will tie up resources for many years and cost billions plus thousands of jobs.

Deutsche has already enough on its plate to integrate Germany's largest retail bank, Postbank, for a second time, after failing to do so earlier in a costly operation. Won't Deutsche bite off more than it can chew by merging with yet another lender with a different IT infrastructure?

Olaf Scholz's idea of creating a national banking champion is not a brilliant one, in fact, it's complete nonsense. Let's hope that the talks between the two banks will not be influenced by all the unsolicited comments from Berlin.

By the way, Germany already has a new national banking champion — its savings banks, or sparkassen. Often considered boring and expensive, the savings banks last year logged a €2 billion profit and were considerably more efficient in their operations than Deutsche and Commerzbank.